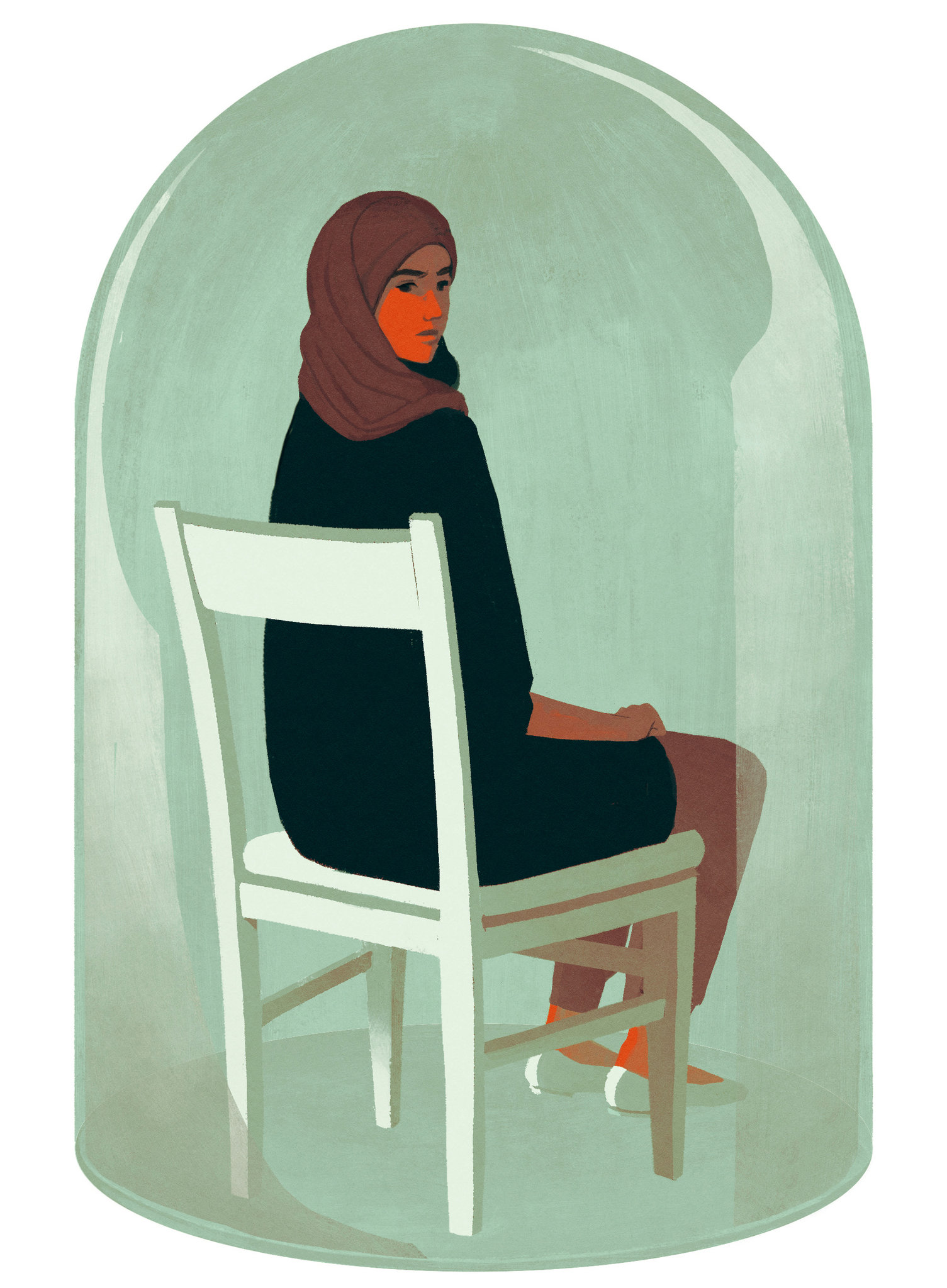 The Western world, on the other hand, had a field day.

One of the films that Ms. Ali stars in, “Women of the Middle East,” flaunts the following tagline: “They may look suppressed, but given an opportunity to express themselves freely, their wild, untamable natural sexuality is released.”

Unsurprisingly, outlets like Refinery 29 and The Daily Beast made Ms. Ali’s story one of liberation and modernity. In truth, it was textbook Orientalism. In the Western imagination, Muslim women are either sexless victims or belly dancers shaking it somewhere in Beirut.

It was in elementary school, when I first starting to wear the hijab, that I realized — without quite having the words for it — that my sexuality as a visibly Muslim woman would be decided for me. When I talked about my crushes, some classmates looked at me in disbelief. This reaction was replicated when they realized that I, too, had memorized every word of Pitbull’s very explicit “I Know You Want Me (Calle Ocho)” (it was the national anthem of Queens at the time). I will never forget the way a terrified Polish kid named Arthur confronted me by the water fountain to ask if he would go to hell for giving me a hug earlier that day. (Sometimes I wonder what would’ve happened if I had said yes.)

Flash forward to the present day. I am a 20-year-old student at a liberal college. My sexuality is still being decided for me. Ditching my classically wrapped head scarf for a turban style has helped, but not entirely. Every once in a while, someone will ask me if I am married. I am automatically held to a different standard, assumed to be deeply religious rather than secular — an assumption that works the opposite way for just about everyone else.

Before a certain age, Muslim women are presumed to be virgins; after a certain age, wives. Since these assumptions — enforced both within and outside the Muslim community — rob the individual Muslim woman of any agency, this mythical virgin/wife figure becomes one and the same. Once again, there is no middle ground.

Even when a Muslim woman in a non-Muslim society tries to make the halal choice, the virgin/wife transition is tricky. There is a practical problem posed by virtue of your environment: Where are the Muslim boys? What happens when you develop a crush on, say, Mike from your Politics of the Middle East class? How does one convert beer-guzzling, Patriots-watching, frat-partying, flag-waving Mike to Islam? Does Mike even like you, or does he just want your notes from last week?

This is a predicament that my parents are not equipped to grapple with. They are Moroccan immigrants, and the homogeneous Muslim world they knew back home is utterly Mike-less. On the other hand, I come from the melting pot of Queens. I come from DM-sliding and Tinder swiping, from being the only Muslim in any given academic setting (or one of a few, if I am lucky). Part of the reason that Muslim women in America — especially those who are children of immigrants — feel as though they cannot discuss these issues with anyone other than themselves is the gap between them and the generations before them.

whenever I watch romantic comedies like “When Harry Met Sally…,” “Sleepless in Seattle” or “Pretty Woman” (all of which I love), I want to scream. Two attractive, fit white people, who are so clearly meant to be together, making problems for themselves. If love could be so simple.

The struggles Muslim women face in this arena are hardly ever represented on film, and we can’t discuss them just anywhere we want. Talking about them in non-Muslim circles puts us at risk of being on the receiving end of endless, useless pity. Discussing them within traditional Muslim circles risks encountering an endless, useless taboo and vehement astaghfirullahs. Or, as in the case with my parents, confusion. This is uncharted terrain.

So what does the modern Muslim woman do? How does she escape from the taboos pressuring her from all sides? How does she find humor in her situation?

Cue the hoejabis, the fellow Muslim women you can swap stories with. Taken literally, the term “hoejabi” (not my coinage) refers to women who see themselves at the crossroads of being “hoes” and “hijabis.” But deeper than that, it mocks all of the negative implications that come with “hoe,” all of the negative implications that come with “hijabi,” and all of the ways that people who are not us try to define our sexualities for us. For me, “hoejabi” symbolizes the way that Muslim women are never granted that middle ground — the word itself is a bridge. It’s empowering, and more important, it’s hilarious. (If you’re not a Muslim woman, don’t even think about using it.)

To be honest, the Venn diagram of the men who are attracted to me and the men I am attracted to resembles two circles separated by the Atlantic Ocean. It’s not a Muslim girl thing; it’s a Romaissaa thing. This makes my love life a different kind of tragic. But even in recounting these tragedies, I know who to turn to: my fellow hoejabis, forever carving out spaces for themselves and laughing at everyone else.