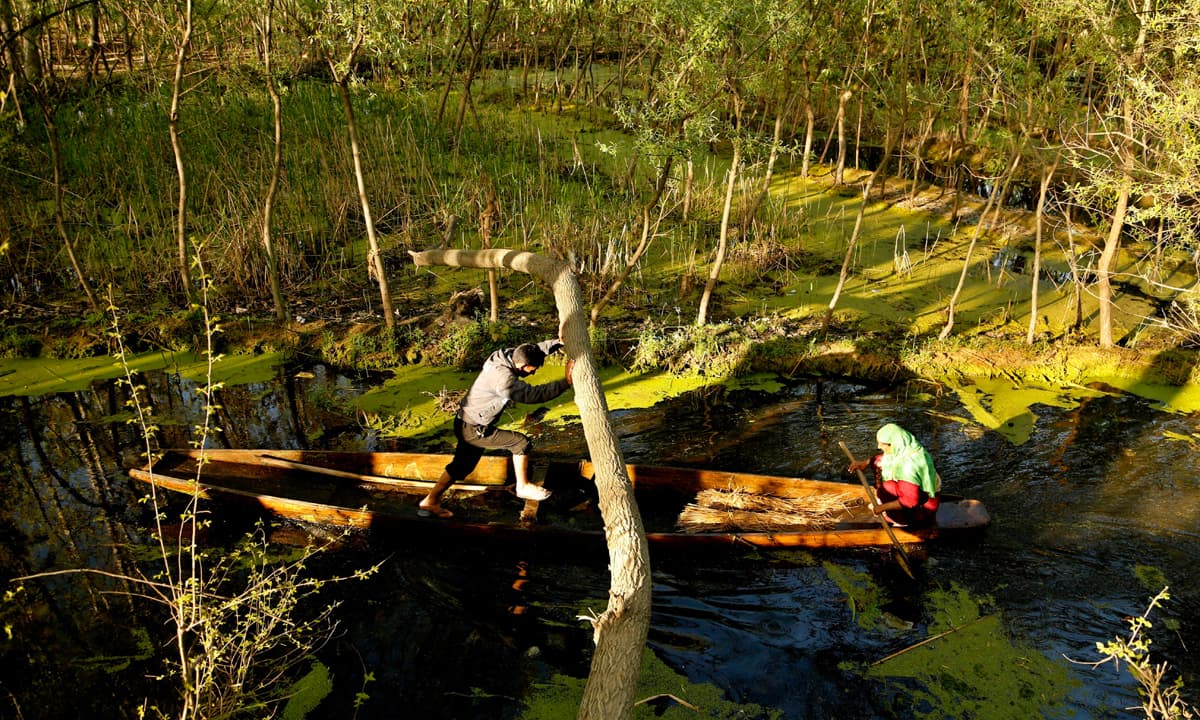 [“Y]our mother is waiting for you, oh my dear son, come home,” wailed Nargis Bano over the body of her 18-year-old son, Yawar Ahmad Dar, before she fell unconscious. She woke up in the lap of her wailing daughter who cried out, “Please don’t cry my mother. Let my brother sleep a while.”

Dar was killed when a barrage of lead pellets was fired at him by Indian security forces in south Kashmir’s Anantnag district – 60 kilomters away from Srinagar — on September 10, 2016. He was the 78th Kashmiri civilian to have died at the hands of the security forces in just a couple of months after the assassination of a young militant commander, Burhan Muzaffar Wani, on July 8 that year. By the end of 2016, the death toll would reach 146.

The killing spree that started after Wani’s death – and has continued since then – is aimed at quelling a popular revolt against the Indian rule of Kashmir that has seen many such uprisings over the last 30 years. Together, these have resulted in the death of hundreds of thousands of people — civilians, militants and soldiers.

Many sons and daughters have become orphans. The number of widows has increased manifold in Kashmir. Many brothers have shouldered the coffins of their young siblings. Many parents have seen their young sons disappear and then return home dead. Many mothers have lost their lives while grieving for their dead children.

Musmaat Fatima was one of them.

Her 24-year-old son Rayees Ahmad Ganai told his family living in Narpora village of Shopian district on January 27, 2018 that he was going to his aunt’s house in a nearby village. While he was on his way, he came across a group of young protesters in Ganowpora village — around two kilometres away from his own house. They were throwing stones at an army convoy passing by.

The army retaliated by opening fire at them, killing 20-year-old Javid Ahmad Bhat and 24-year-old Suhail Javid Lone on the spot. Over a dozen others were injured in the firing — Ganai being one of them. He was hit by a bullet in his head and was shifted to a hospital in Srinagar where he died four days later.

No one knows if Ganai had also joined the protesters but his family insists he had not. He was buried by thousands of mourners in a roadside graveyard a few metres away from his small single-storey house. 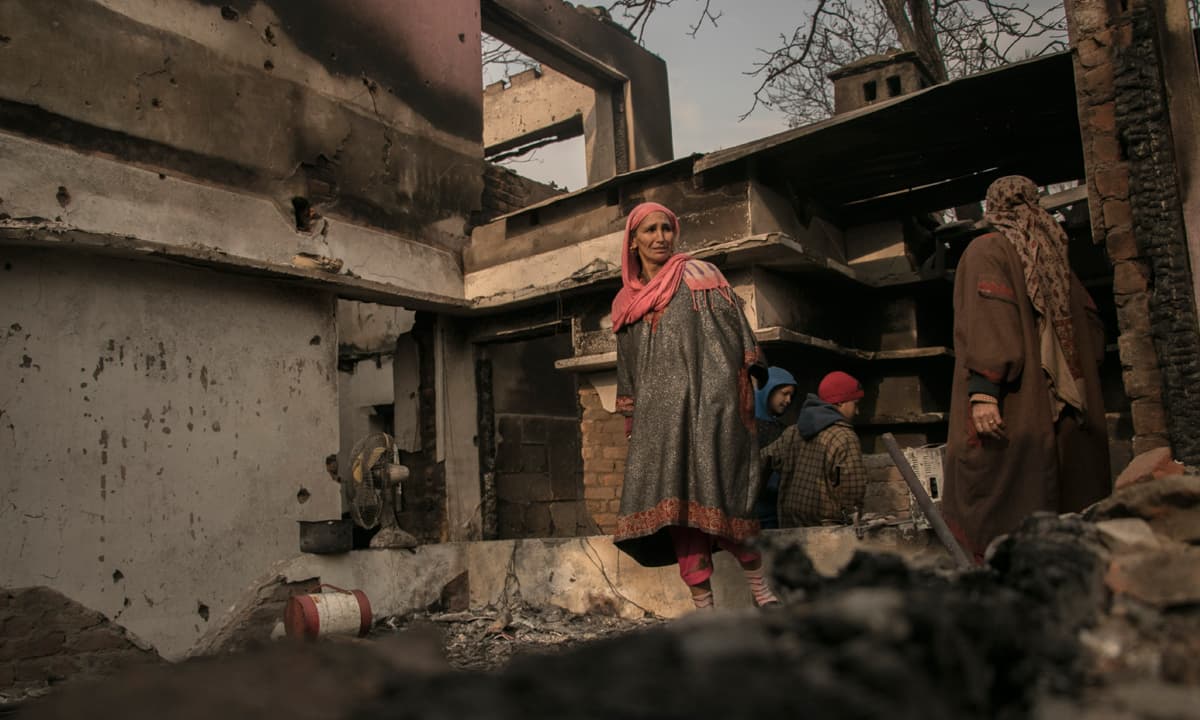 Ganai’s death changed everything for his 60-year-old mother, Musmaat. She rarely talked afterwards, says her elder son Aijaz Ahmad. If she said anything it would be about her dead son. “My son was innocent but they killed him,” she was often heard saying.

Her whole world shrank to her home, the graveyard and the road where her son was killed. She started her day by visiting his grave, then she walked towards Ganowpora village and stood on the road by the graveyard on her way back.

Three months and 13 days later, Musmaat left home at dawn. When she did not return for two hours, Aijaz Ahmad went out to look for her. He searched for her in the neighbourhood; then he went to the graveyard; and finally walked down towards Ganowpora. His neighbours and his uncle had also joined him by then.

They found Musmaat lying dead by the roadside, near a shallow stream, close to the site where Ganai was shot. “She probably had a cardiac arrest,” says Aijaz Ahmad.

Ruby Jan, 22, was married in 2015 to a young man of her uncle’s choosing. After a simple wedding, attended by relatives and neighbours, she left her parents’ home in Batmuran village of district Shopian in south Kashmir and went to live with her husband. A couple of years later, she gave birth to a daughter to the displeasure of her in-laws. They would taunt her for not bearing a son and her husband would beat her.

In December 2017, Ruby took her daughter and went back to her parents who complained to the local police about the abuse she had suffered. Before the police could investigate the complaint, some unknown gunmen had killed two Jammu and Kashmir Bank guards in a nearby village. The probe into her case was halted.

A few days later, on December 18 to be exact, a gunfight broke out between some militants and Indian government forces in a cluster of houses a little distance from her home. Some local young men also gathered around the site of the encounter to throw stones at the forces’ personnel so the militants could escape — a new trend in Kashmir. The exchange of fire continued till the next afternoon when two militants were killed. The police claimed they were involved in the killing of the bank guards.

The clash between the protesters and the forces, however, did not stop. The forces were soon pursuing the protesters by firing tear gas shells and even bullets at them.

Ruby was attending to her ailing uncle that afternoon in the anteroom of her house. She took a glance outside through a window pane. Within 10 seconds, she fell on the floor.

“When I saw her falling down, I asked her what had happened to her,” says her uncle. Her brother rushed in and thought she had suffered a stroke or something like that. “But when he picked her up, he found out that she was hit by a bullet in her ribcage.”

Ruby was taken to a hospital but it was too late. She died in front of her eight-month-old daughter, Azra, who had no clue what had just transpired.

Azra’s grandparents, aunts and uncles are now taking care of her. Her own father has seen her only once — on the day her mother was killed. “He never came to see his daughter [again],” says her maternal uncle Yaqoob Bhat who is cradling her in his arms on a recent July day.

For Abdul Hameed Mir, life is not what it was a couple of years ago.

On the afternoon of February 14, 2016, a Sunday, he asked his 22-year-old daughter Shaista Hameed to serve lunch at their home in Kakapora hamlet of Pulwama district. “After lunch, I went to the courtyard and saw some security forces personnel coming in from the opposite side,” says a disheartened Mir.