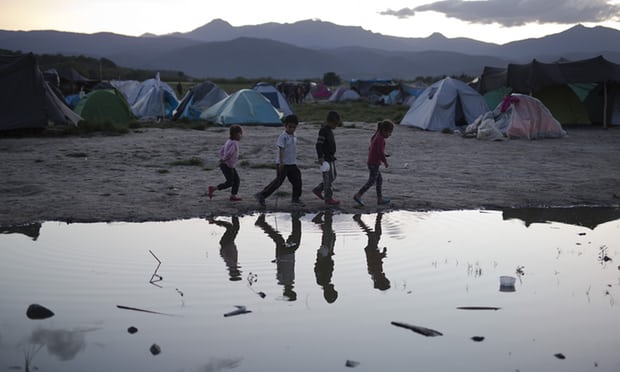 Criminal gangs are taking advantage of Europe’s migration crisis to force more people into sex work and other types of slavery, according to an EU report on human trafficking.

Children have become a preferred target for traffickers, the report warns, amid growing concern over the fate of unaccompanied child refugees who have disappeared from official view since arriving in Europe.

Almost 96,000 unaccompanied children claimed asylum in Europe in 2015, about one-fifth of the total number of child refugees. But at least 10,000 unaccompanied children have dropped off the radar of official agencies since arriving in Europe, the EU police agency reported in January. German authorities reported earlier this year that 4,700 children had been lost to officials, while up to 10 children a week are reported missing in Sweden.

The report from the European commission, which will be published on Thursday, does not attempt to estimate how many may have fallen victim to criminal gangs, but warns that the phenomenon of child trafficking “has been exacerbated by the ongoing migration crisis”. Children are at high risk of being doubly victimised, it says, because they are treated as perpetrators of crimes if they are found by the authorities.

“Organised crime groups choose to traffic children as they are easy to recruit and quick to replace, they can also keep under their control child victims relatively cheaply and discreetly,” states an EU working document seen by the Guardian. Trafficked children aged between six months and 10 years are bought and sold for sums ranging from €4,000 (£3,000) to €8,000, although amounts of up to €40,000 have been reported in some cases.

EU authorities registered 15,846 victims of human trafficking in 2013-14, including 2,375 children, but the report’s authors believe the true number of victims is far higher. More than two-thirds (67%) of people were trafficked into sex work; about one-fifth (21%) were put into forced labour, often as agricultural workers, a form of slavery that disproportionately affected men. The remainder of trafficking victims faced an equally grim catalogue of exploitation, ranging from domestic servitude to forced begging.

The authors sounded the alarm about the “worryingly sharp increase” in Nigerian women and girls arriving in Italy from Libya. The Italian authorities have reported a 300% year-on-year increase in the number of Nigerian victims of trafficking.

Traffickers are increasingly exploiting legal migration routes by persuading non-EU nationals to apply for asylum or a residence permit.

More than two-thirds of the identified victims were EU nationals, with the largest numbers coming from Romania, Bulgaria, the Netherlands, Hungary and Poland. The remainder came from all over the world, with Nigerians, Chinese and Albanians especially prominent.

Catherine Bearder, a Liberal Democrat MEP, said official statistics on this “vile trade” were just the tip of the iceberg. Victims of trafficking come to official attention when they are arrested or escape, she said. “Very, very few are rescued by the authorities and for me that is shocking.” Too often, police forces “see the crime, not the person, they see them as illegal immigrants”.

The MEP, who spearheaded an anti-trafficking resolution in the European parliament last month, said EU authorities needed to do more to rescue victims and help them recover.

EU law requires countries to provide victims of trafficking with at least 30 days of recovery, including accommodation, medical treatment and legal advice. The UK offers a 45-day “reflection period”, when the person cannot be deported.