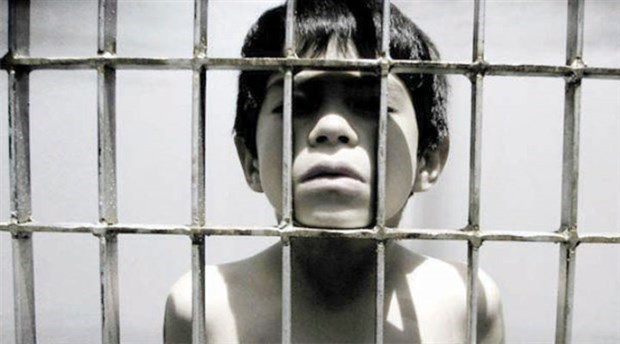 Earlier in May, İstanbul MP from Turkey’s main opposition party CHP, Gamze Akkuş İlgezdi, had prepared a report about the children staying at prisons with their mothers.

Including the data provided by the Justice Ministry as a response to İlgezdi’s parliamentary questions, the report had information about the number of children currently growing up in prisons and the conditions they have to bear.

Only 100 of these children have the chance to see or go outside. The rest are staying in closed or partly open prisons, where they cannot even see the sky.

Public awareness in Turkey about the issue grew more especially with the story of Miraz, a baby who was taken to the hospital without the mother. In her report, İlgezdi touched on that particular problem, along with a number of others.

The report states the harmful conditions faced by the children as the following: children get ill often due to bad conditions at prisons and, therefore, are taken to hospitals frequently. However, since their mothers are not allowed to go with them, it becomes traumatic for most children to get treatment for their health.

Tolerance towards children and towards mothers with children is reported to be quite low. Both the child and the mother constantly face pressure from other inmates in the wardens; and, the children are often told to ‘shut up’, which consequently impact the child’s development negatively.

Though children have different nutritional needs than adults, they are not provided with special menus. Furthermore, in most instances, the mothers are given only one portion of meal, which they have to share with their children.

No toys except for stuffed toys are allowed in wardens; and, they are also deprived of the need to interact with their peers.

No separate bed is available for the children.

Head count and routine security checks are done by the guards in front of the children; and, children are also treated like adults during these checks.

A great majority of the children staying in prisons with their mothers grow up without seeing the sky and the outdoors.