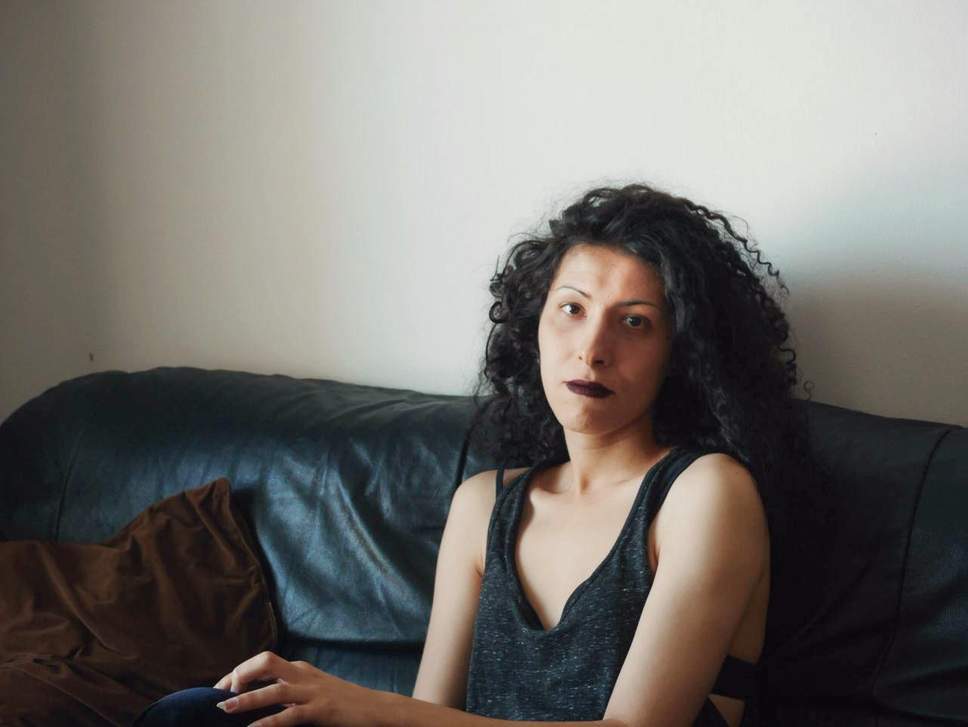 Five years ago, when I got the government scholarship that would allow me to go to Canada I started to dream of new words. French and English words, spoken and written, fresh words, dusty words; words to define myself and my body, to cradle the girl that I wanted to be.

I had plenty of words already; Arabic is a dense language with words that are sometimes too poetic to be patriarchal. But when it comes to sex, sexuality and gender, there is a disheartening lack of words in the standard use of Arabic. I didn’t have words specifically for who I was and who I was becoming.

I said goodbye to Tunisia, and I ran away. I took a plane for the first time, I touched the snow for the first time, I was scared, I was happy, and mostly, I was alone. But not for long. Hot child in the city, I met Montreal’s community of queer and trans people of colour, a community that taught me the first of the words I needed. Precious words to name my feelings, my desires, my distress, my orgasms, my transgender body, my transgender body of colour, and all the fast-paced beats of my heart that has now become open to the possibility of being. Being me, being trans, a girl seeking birth, a stranger seeking home.

My gender story started a long time ago when, as a child, I used to steal Barbie dolls from the neighbours’ daughter. It started with identifying with Prue Halliwell from Charmed, and with my marked, yet forbidden, love for belly dancing. Throughout the years, there was the same old feeling of a lack or hunger inside  –  a different sort of hunger from craving words. A hunger for budding breasts, blossoming cheekbones, body borderlands and, as I would later discover, womanhood.

Being trans has different and endless definitions, according to every trans person, and so do womanhood and manhood, according to everyone, if everyone really cares to think about them. I did not wish for womanhood as much as I wished to redefine womanhood in a way that would make me feel good in my skin. I was yearning to redefine gender, humanness; to, in Janet Mock’s words, redefine realness. Needless to say, redefining all these things came along with redefining my privileges and life prospects, what I could or could not achieve as a gender minority. And apart from the happiness, the excitement, the wonderful local and international family of queer and trans people of colour (Q&TPOC), redefining myself and finding the words to be trans came with social insecurities, nightmares about being murdered, and high costs of hormonal treatments that were not fully reimbursed by Quebec’s healthcare system.

But the hardest thing was that, as an immigrant, my new words would never fully belong to me. They were meaningless in my mother tongue; they couldn’t make the journey home.

In Tunisia, I do not exist

Coming back to Tunisia in 2015, coming back and coming out, makes my new words  –  and by extension the person that I am or have become  –  lose their meaning. At Tunisian customs, if an agent notices that the name and the gender marker on your passport do not match your appearance, then you have to explain things in Western terms, switching to French to use the word “transgenre” and give a definition that is hardly understood in an Arabic context. Better to turn into a cloud of smoke.

To my mother, too, my personhood can only be defined in Arabic words of binary sexes. When coming out to her, I felt the pressure of the words, or more accurately, the old pressure caused by the lack of words. I could not use “trans” in English or French, simply because my mother does not understand English or French and has no knowledge of what the word signifies in these languages. Losing meaning, the foreign word “trans” annihilates me.

I crossed one sea and one ocean, hoping to find words to define myself. Words that, when uttered in Arabic, are as hollow as the sound of the wind.

I remember my mother asking me this question: why would you follow the West? I looked into her tearful eyes and told her that this has nothing to do with the West; that it is all about me, about how I feel, about giving birth to the gender hybrid I have always been. I told her about mermaids, in whom some townspeople where she lives believe. I told her about shape-shifting smokeless fire Jinns mentioned in the Quran; I told her about brave Jalel, who recently sparked a huge debate in Tunisia, and who, once more, made me acknowledge the existence of the little girl in me who dreamt to be a witch and hex all patriarchs.