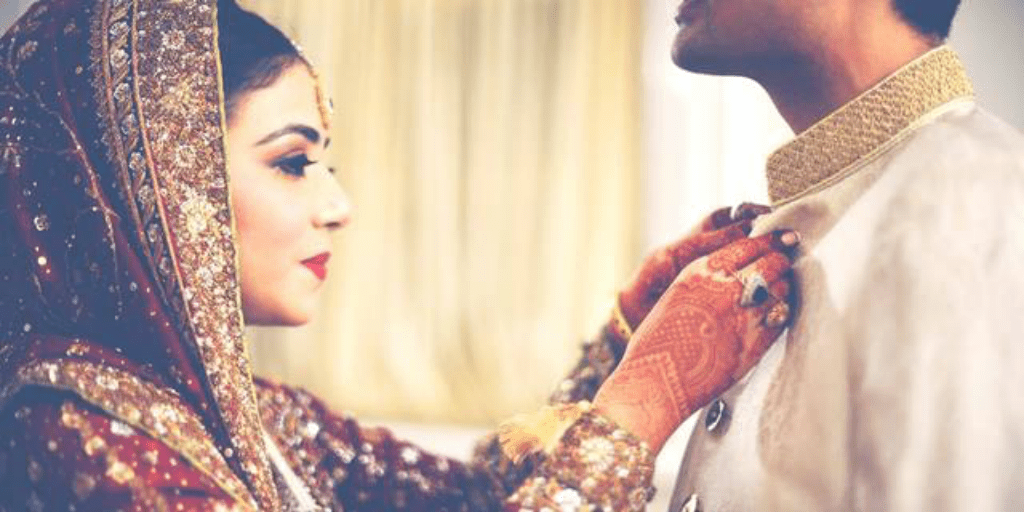 It’s true, I had a big fat interfaith and intercultural wedding — and when it came to finally getting married, I had no idea if my husband converted so that we would be accepted by my family or if it was because he actually believed.

However, this story is about everything that happened from the first time we met all the way to New Years Day in 2014, when, incredibly nervous and afraid I was going to lose my family forever, I finally told my parents that there was a man that I was in love with and wanted to marry – and that he was nothing like the type of person that they had insisted on me marrying.

Paul and I met online. Not on a dating site; rather, we met on a car modifying forum for Scion tC’s. There were so many people from the D.C., Maryland, and Virginia area on that particular website that a tC crew started up, and I met Paul and many of my good friends through our car meet ups.

Initially, we had been interested in each other, but we were so caught up in other people or past relationships, we stepped back into the “friend-zone” mutually. As time went by and our hearts were broken by incredibly selfish others, we were there for each other — to pick each other up and move on past these heartbreaks together.

People told us relentlessly that we belonged together — everyone from his aunt and mother to my best friend and cousins refused to drop the subject whenever we were both together. I would respond to the pressure the same way every time: “I love him,” I would say. “But I’m not in love with him.”

Besides, I was moving 500 miles away to attend graduate school.

Denial is a powerful thing.

A few months after I had moved, he came to visit me in Boston. When he met my new friends at Harvard, even they started joining in on the relentless teasing and questioning of why we weren’t together. A quick seven days later, I dropped him off at the airport and sent him on his way. But when I got home from dropping him off at Boston-Logan, I felt incredibly off.

I remember sitting down on the couch as soon as I got inside the house…and I cried. A lot. I attributed it to homesickness and tried my best to swallow the feelings of emptiness that I felt gripping away at my lonely heart.

But when that feeling didn’t go away after a few days, it made me realize that it wasn’t homesickness…I was actually longing for him.

I guess this is the part that people would expect a fairy tale of us realizing at the same time that we were in love with each other — and we live happily ever after and all that jazz.

It didn’t go down like that. I confessed my feelings to Paul, and he flat out refused to date me.

And it wasn’t because he didn’t love me. In fact, he confessed at the same time that I did about my feelings for him that he was in love with me.

Instead, it was because, as my best friend, he already knew that my parents wanted me to marry a specific type of person – i.e. a Muslim, Pakistani man — and he didn’t want to be the ultimate wedge that would drive my family and me apart. He knew that if we were going to be together — and if we decided to marry each other — that I would have to sacrifice my family in order to do so, because my parents had already made it clear that I would be cut out immediately if I ever decided to marry a non-Muslim, non-Pakistani man. It was a culture that he could not bring himself to be a part of. He also did not like the thought of having a secret relationship.

He didn't want to be the ultimate wedge that would drive my family and me apart.

Caught up in the newfound feelings of love, I told him and myself that somehow, someway, everything would work. Besides, I would worry about telling my parents when the time came — right now, I wanted to follow my heart, and my heart was telling me that I needed to be with Paul. Perhaps I was delusional at the time, and I know I was definitely only thinking about myself (and not my family), but I did what I felt was right.

After a heartbreaking stint of not speaking to each other (which was a feat in itself, as we had talked every day for the past two years), when I came home during one of my breaks, we decided that we would face the obstacles together.

Thus began one of the happiest — yet most anxiety ridden — years of my life.

As cliche as it sounds, I had known that I was going to marry Paul before we had even started dating — so the anxiety of losing my family over marrying the love of my life set in pretty quickly. The question of when to tell my parents settled upon telling them when we were serious about getting married, and we decided that I would tell them if we ever got engaged. However, until the day we got engaged, our relationship had to be kept in secret. Paul never came around to my family anymore after that (as my friend, he had met my parents occasionally due to our mutual friendships). Our Facebook profiles were strictly kept private as I deleted certain family members to keep them from even getting an inkling of an idea that I was dating someone. We made sure to avoid going to certain places so we wouldn’t randomly run into an aunt or uncle.

“This about you and your life,” they would tell me.

“But in my culture, a family is a unit. Your lives belong to each other,” I would reply. They still didn’t get it no matter how much I reasoned. Even my future mother-in-law would make comments about how she loved her children so much that she would accept anyone for their children’s sake, and I tried to tell her that the reason why my parents had specific rules was because they loved me — because they wanted the best for me.

However, the anxiety of getting caught was nothing in comparison to the anxiety that I had about losing my family or the feelings of guilt that ate away at me every single day.

I tried to tell her that the reason why my parents had specific rules was because they loved me.

When my mother would approach me with marriage prospects, our conversations would always be reduced to tears as I told her that I didn’t ever want to get married, and she relented the fact that our Pakistani community continuously bombarded her with condescending questions as to why I wasn’t married yet. I selfishly kept my relationship packed up inside of my heart, refusing to let her in, because even if she was incredibly angry with me for refusing the marriage prospects, it was nothing compared to the anger and hurt she would feel when I finally told her about Paul.

I felt guilty about the potential heartbreak and pain that I would cause by telling them I wanted to marry Paul.

And there also loomed the ultimate question that went beyond what anyone would think about Paul and I being together — what would God think about my marrying a non-Muslim?

For a long time, I grappled a lot with this issue. I even found an interpretation that essentially stated that while the Qur’an specifically states who Muslim men can marry, it doesn’t say anything about Muslim women — so therefore, we shouldn’t prohibit something that the Qur’an hasn’t prohibited specifically. At first, the interpretation gave me a sense of relief, but then I realized that this completely different interpretation wasn’t going to get me far — and also didn’t seem quite right to me. I prayed a lot about Paul, my family, and I. I begged God to help me. I did a lot of meditating and prayer.

This brought relief, but no answers.

Every night, I stayed up, letting the guilt and anxiety eat away at me.

As talk of engagement came to the forefront, I was extremely excited, but always felt a small pit at the bottom of my stomach that reminded me everyday what an engagement would mean. What surprised me was that at the same time, Paul also started speaking about converting.

I also started speaking to my cousin, who happens to be the daughter of my mother’s best friend, and asked her to somehow enlist her mom to help me. She said she would – and she eventually did when the time came.

This two things gave me an immense amount of hope.

On our first year anniversary, he proposed.

And then I started making up excuses as to why I had to hold off on telling my parents.

Then I decided that I would wait until winter break to tell them so I could tell them face-to-face.

When I got home for winter break, I decided that I wanted to at least celebrate the holidays one last time with my family – in case they were to cut me out forever.

This eventually landed me on New Years Day – nearly six weeks after the day we got engaged.

I remember that day as if it were yesterday. I remember mourning as if the relationship my parents and I had was already dead, the way my stomached tightened and how nauseated I felt, how violently I cried into my prayer rug and begged Allah to help me in between my hiccups and tears moments before my father came home for the mosque, how hard my body shook when I waited in my parent’s room for him to to enter so I could finally come clean.

He was always the calmer of my two parents, so I decided that I would tell him first.

I’m not going to pretend that I was 100% completely honest with him. I lied to him, and then, in turn, I lied to my mother as well. I didn’t lie about how much Paul and I loved each other. I didn’t lie about him wanting to convert. I lied about our entire secret relationship. I told them that we had never dated — and had only been friends all along.

I'm not going to pretend that I was 100% completely honest with him.

“Daddy, I gotta talk to you about something,” I remember saying to him as he asked me if something was up. “I have this friend, he’s been my friend for a long time. He wants to become Muslim…”

“Okay, you want me to help him convert? I can take him to the mosque with me,” my father replied. This brought tears to my eyes, because I knew how good of a man my father was — and how much I was going to hurt this good man with what I was about to tell him.

“Yeah, daddy, I would like that,” I replied. “But I gotta tell you something else about him. He wants to marry me. He gave me this ring as an engagement proposal.”

My father took the ring in its case from my hand, staring at it for a few moments before looking up at me.

“You say he wants to become a Muslim?”