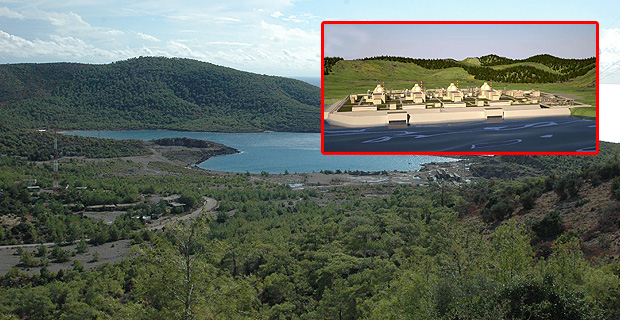 The city of Mersin on the Mediterranean coast of Turkey and the tourism hub of the country, Antalya, the destination for sun- and sea-loving tourists on the same coastline, are 500 kilometers apart. Antalya is in the ancient Pamphylia and Mersin is in the ancient Cilicia region.

Mersin was on one of the main arteries of the ancient Silk Road. The region has more than 20 ancient cities, 12 ancient ports and about 400 Byzantine villages. Its Tarsus district was one of the first Christian settlements due to Paul the Apostle from Tarsus.

The Vatican declared Tarsus as one of the holy places of Christianity a while ago. Saint Paul’s Church, built in his memory, is one of the important destinations in today’s faith tourism. Mersin is known as “the city where the sun is always bright, where the sea is always blue.” It has a shore 2.5 times longer than Antalya and is mostly virgin. We are talking about a 250-kilometer-long, untrodden beach.

Despite all these positive factors, Mersin fails to attract one-tenth of the number of tourists Antalya attracts, according to tourism managers in Mersin.

Because of the wrong politics, Mersin was directed toward the logistics sector instead of tourism years ago. It is now paying a high price for this due to the instability in the region.

According to the Turkish Statistics Institute’s (TÜİK) Well-Being Index for Provinces, Mersin was 64th out of 81 provinces in 2015.

During a meeting with Mersin Mayor Burhanettin Kocamaz the other day, he said the unemployment rate in Mersin was twice the country average whereas the city was at the top in the 1980s in the development index.

According to Kocamaz, who has 20 years of experience in local administrations, one of the reasons why Mersin has fallen behind in the index is the migration wave from the southeast in the 1990s. After the Syrian crisis, on the other hand, it has been hosting 300,000 Syrians.

The mayor sees tourism as a lifesaver for Mersin’s economy: “We will add a new identity to tourism. We will liven up the beaches. Our aim is to draw 2 million to 3 million tourists.”

Right at this point, you can hear the voices of the tourism sector in Mersin, who are rightfully objecting.

Turkey’s first nuclear power plant is being built at Akkuyu on Mersin’s coast by the Russian State Nuclear Energy Corporation, Rosatom. Also, at least five coal power plants are set to be built in the region.

Tourism circles in Mersin are asking these questions: Can tourism develop in a region where the first unit of the Akkuyu Nuclear Power Plant will start functioning in 2023? Who would want to spend their vacation on a coast next to a nuclear power plant? Won’t a nuclear power plant to be built on Turkey’s most idyllic coastal area cast a shadow on the future of all tourism?