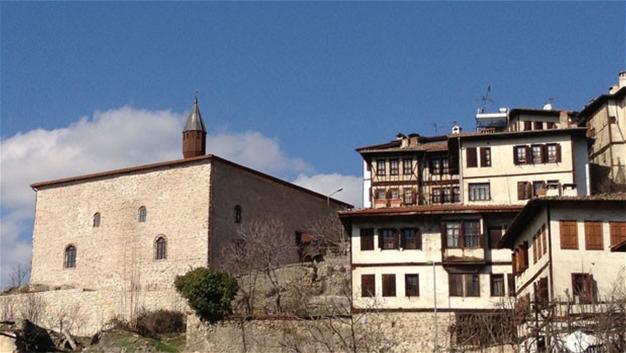 Religious authorities have launched an investigation into an imam who closed down a mosque in the Safranbolu district of the Black Sea province of Karabük to take his annual leave, Doğan News Agency has reported.

The news of the mosque’s closure emerged during Karabük Gov. Mehmet Aktaş’s visit to the district on Sept. 28 to make inspections at TOKİ buildings and a 150-year-old historic mansion that was burnt down on Sept. 26.

During his inspections in the Kalealtı area, Aktaş spotted imam Cemil Başak’s note on the door of Eski Camii (Old Mosque), expressing his anger. He immediately ordered his bodyguards to remove it.

Aktaş said he would personally follow the developments in the issue.

“Can such a thing ever happen? Can Allah’s home be kept closed? Call the mufti; he will perform prayers himself until the imam comes. I will follow the issue personally,” he said.

Meanwhile, Safranbolu District Mufti Halil Bektaş said an investigation had been launched into Başak, assigning another imam to the mosque until he returns from his annual leave.

“None of our mosques can be kept closed to prayers. An assignment has definitely been made in replacing the personnel who is taking leave. It has been revealed that there is a mistake here. The imam acted completely individually. No mosque personnel has the right to say ‘I am closing down the mosque since I am taking leave.’ We are still investigating where the mistake occurred and what kind of negativity it created,” Bektaş said.

Necessary proceedings will be brought against Başak following the result of the investigation, he said, adding that it would also reveal how long the mosque had been closed down to prayers.