Underprivileged students learn the craft and try to overcome the cinema industry's barriers such as nepotism and colorism. 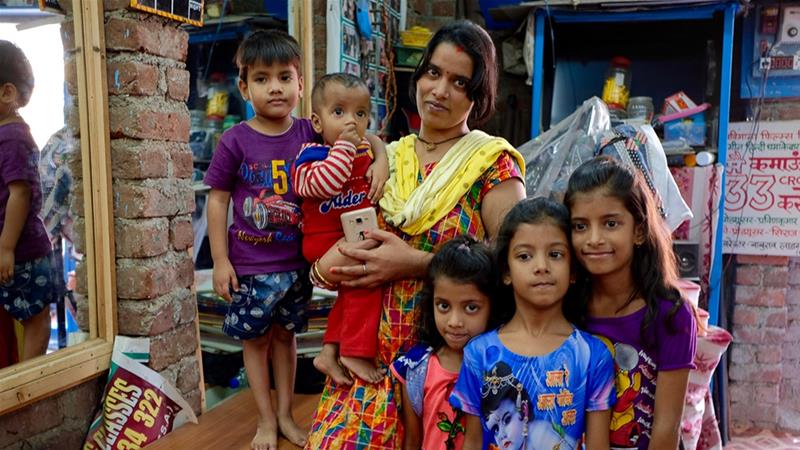 As the school closes for the day, Rekha arrives to collect her five daughters. 'Their fate isn’t to get married and sit at home,' she says [Gayeti Singh/Al Jazeera]

Mumbai, India - Teena, a 22-year-old mother, arrives late to her acting class in Dharavi, Mumbai, apologising and wiping the sweat from her forehead.

Her weekly, 10-hour round-trip from her home in Nashik to this acting school in the heart of India's biggest slum, is something of a pilgrimage.

Teena worships Bollywood, and is determined to be a star.

"I do it because I have a dream," she says, "and I will do absolutely anything for it."

The Dharavi acting school's founder and sole instructor - the moustached Babarao Laadsaheb - says Teena's dedication is shared by many.

Mumbai is home to the world's biggest film industry, and many Indians are devotees: stars' houses are treated like temples, and some fans have even built shrines for their heroes.

But the poor scarcely get a look in when it comes to starring roles: class and caste status, nepotism, fair skin, education, English language, and certain beauty ideals are at play.

Nevertheless, Bollywood "gives people hope," says Laadsaheb. "People come to this city with nowhere to live, many live on footpaths" in their pursuit of a career in cinema, he says.

Laadsaheb opened his school 35 years ago and hasn't missed a day's teaching since.

At first, he didn't charge anyone a single rupee; now, only those who can afford the classes contribute, and he covers trips to castings himself.

When I grow up, I want to play a gangster. Boys think girls are weak, but we're not.

His biggest box-office casting to-date was Slumdog Millionaire in 2008. For some in the community, the film has become something like folklore, making a big break feel tantalisingly within reach.

Today, Laadsaheb's one-room classroom above his own home, which he built himself, is a shrine to Bollywood.