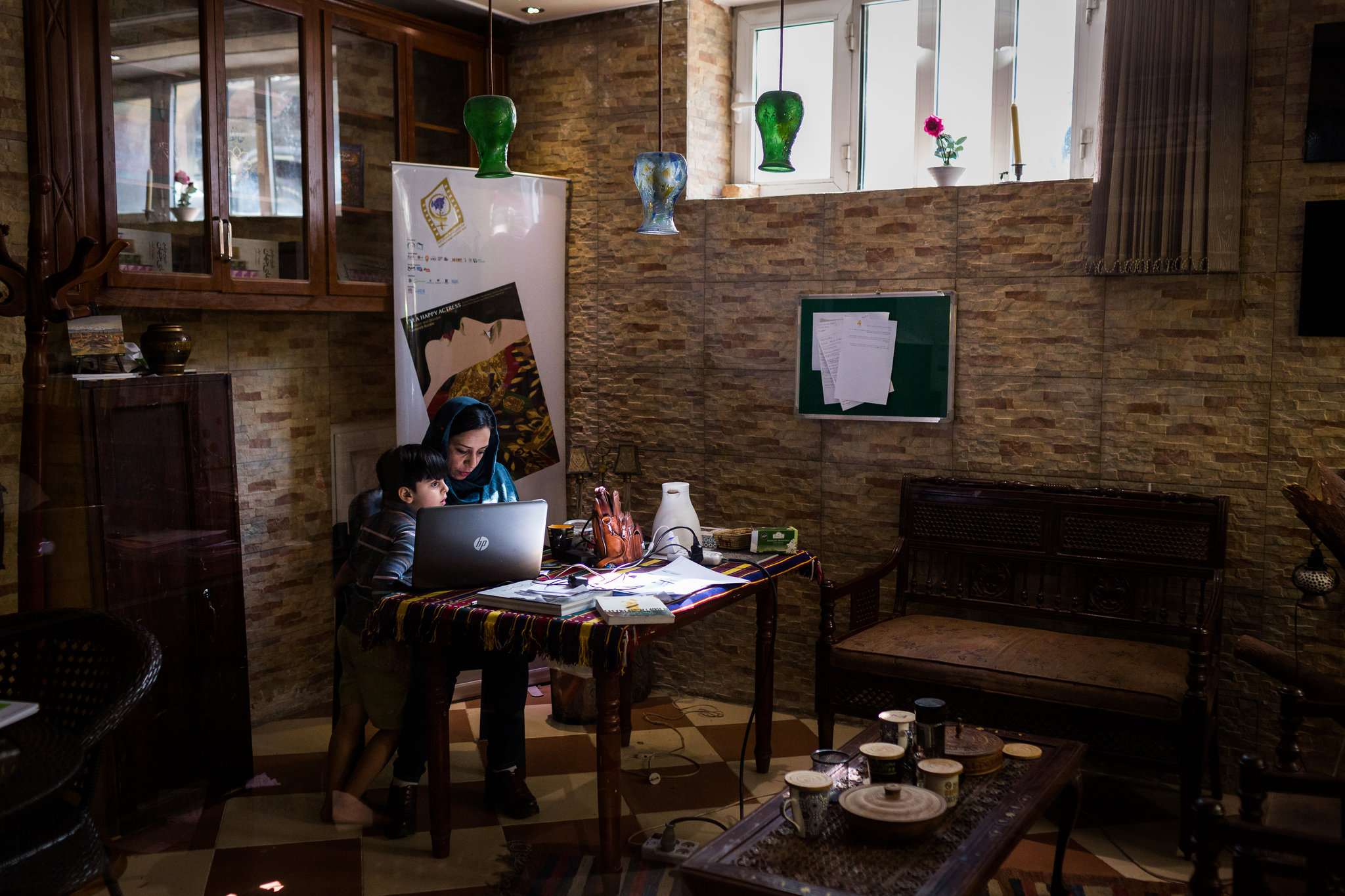 He raised his hand, ready to assert what he considered his right in a male-dominated society where the husband’s word is final.

She was an accomplished police detective feared by the city’s criminals, and also a wife and mother of two. Her duties clashed with the expectations at home, despite all her efforts to balance them.

There on the movie screen, he slapped her — and she slapped back. Harder. The audience, about 60 people in a smoke-filled Kabul theater, erupted in applause.

“People love that slap,” said Roya Sadat, the director of the 85-minute film, “A Letter to the President,” now Afghanistan’s submission for best foreign language film at the Academy Awards next year. “It’s not easy for the people to accept a woman slapping a man. But the film affects them. The slap is a really enjoyable slap — in fact, it’s a slap to the face of all the injustice women face here.”

Ms. Sadat and her crew say that just the fact of having made “A Letter to the President” — a feature film made to high standards under difficult circumstances — feels like a victory. But the real payoff is the reaction to the slap, and the idea that they are succeeding in getting a male-dominated society to empathize with a working woman.

“We have always had an oppressor, and an oppressed, but we have had little discussion of the environment in which the accused lives in,” Ms. Sadat said. 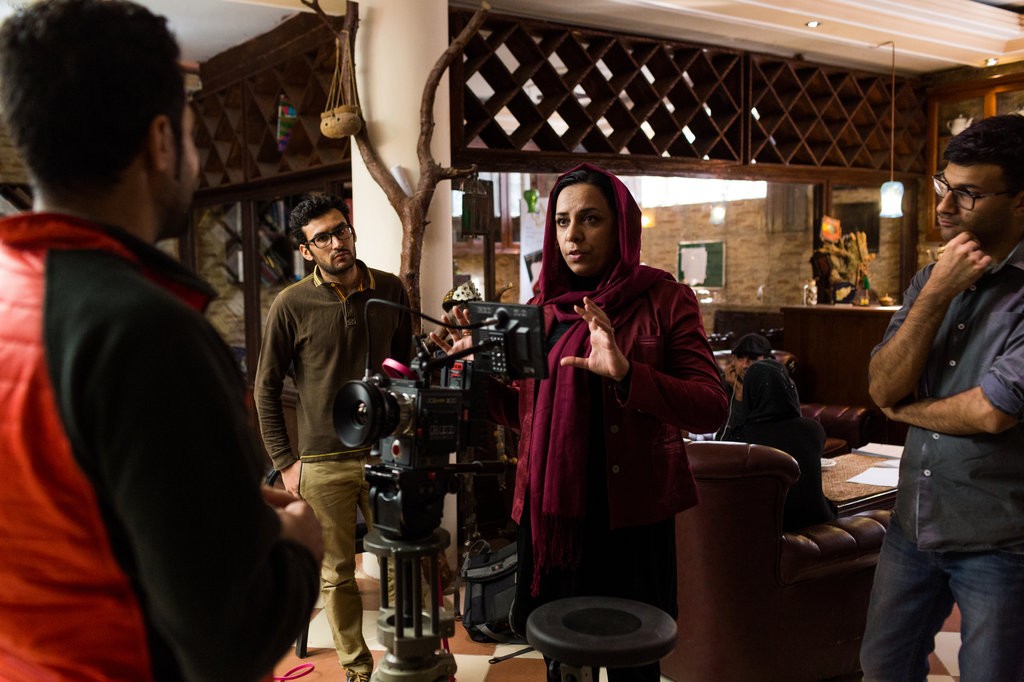 By the accused, she means her protagonist — Suraya, the senior police detective, who ends up accidentally killing her husband while defending herself from another violent outburst. The letter to the president of the movie’s title is hers; she is writing from prison, where she has landed on death row.

Suraya’s once-happy marriage grew sour when the demands of her work in a conservative society started raising her husband’s suspicions at home. Her father-in-law, whose shady business partners feel the pressure of Suraya’s investigations, kept appealing to his son’s honor to restrict her movements and keep her at home.

From the time she conceived the story in 2010, it took Ms. Sadat about seven hard years to complete the film. More frustrating were the bureaucratic hurdles afterward, as she tried to meet simple criteria for Oscar selection. 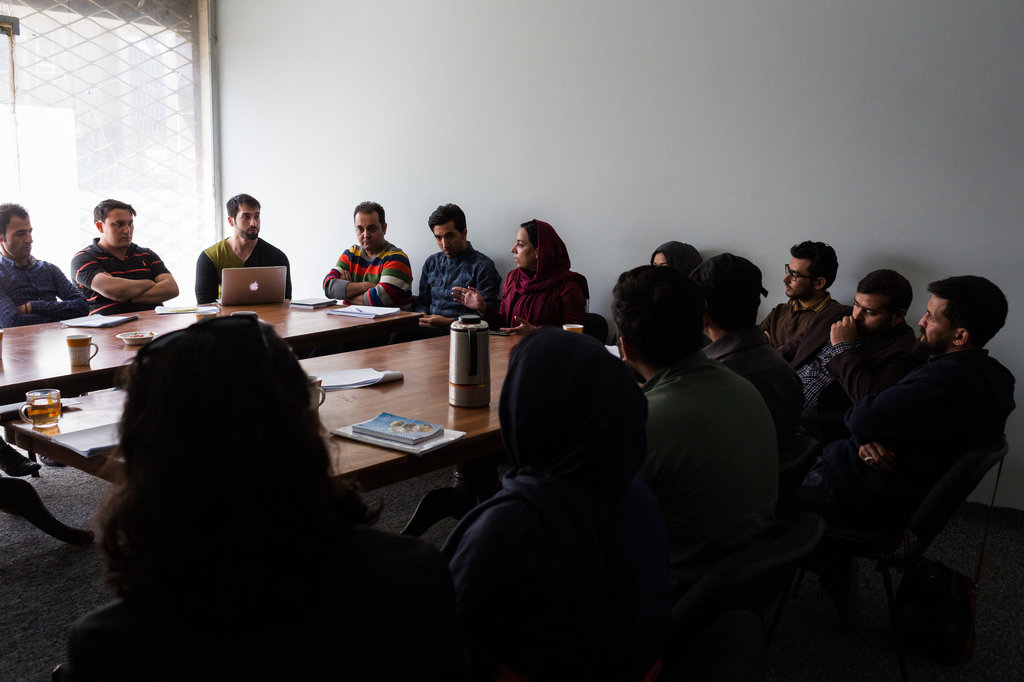 Organizing screenings at commercial cinemas was a difficult task because there are just a couple of government cinemas, and they usually show only old Indian movies. If a director wants to screen her own film, she has to rent the cinema and then go through a lengthy process of her film’s content being checked.

Officials at the country’s highest cinematic institution, the Afghan Film commission, also dragged their feet in signing a letter she needed as part of her submission, Ms. Sadat said.

She began making movies as a high school student in the western city of Herat. “Three Dots,” her first film, about a young woman forced to smuggle drugs, was made more than a decade ago with simple gear in a secluded village that now is under Taliban control. But even back in the early 2000s it felt like the Wild West, she said.

One night during the weeklong shoot, Ms. Sadat said, the women in one of the village houses started cheering and celebrating. When she asked what the occasion was, they said their husbands, who lived as bandits, had captured another vehicle passing through.