Just four months ago, Anita Karim, 22, stepped into a fighting ring for the first time in her life in Singapore. She is all of 5 feet tall and 114 pounds. She stood across from a female opponent from New Zealand who was far more experienced than her. Because of her nervousness, she says, she lost the match. But just the fact that she took part in a tournament at international level is a tremendous achievement for Anita — she is Pakistan’s first and only professional female Mixed Martial Arts (MMA) fighter. 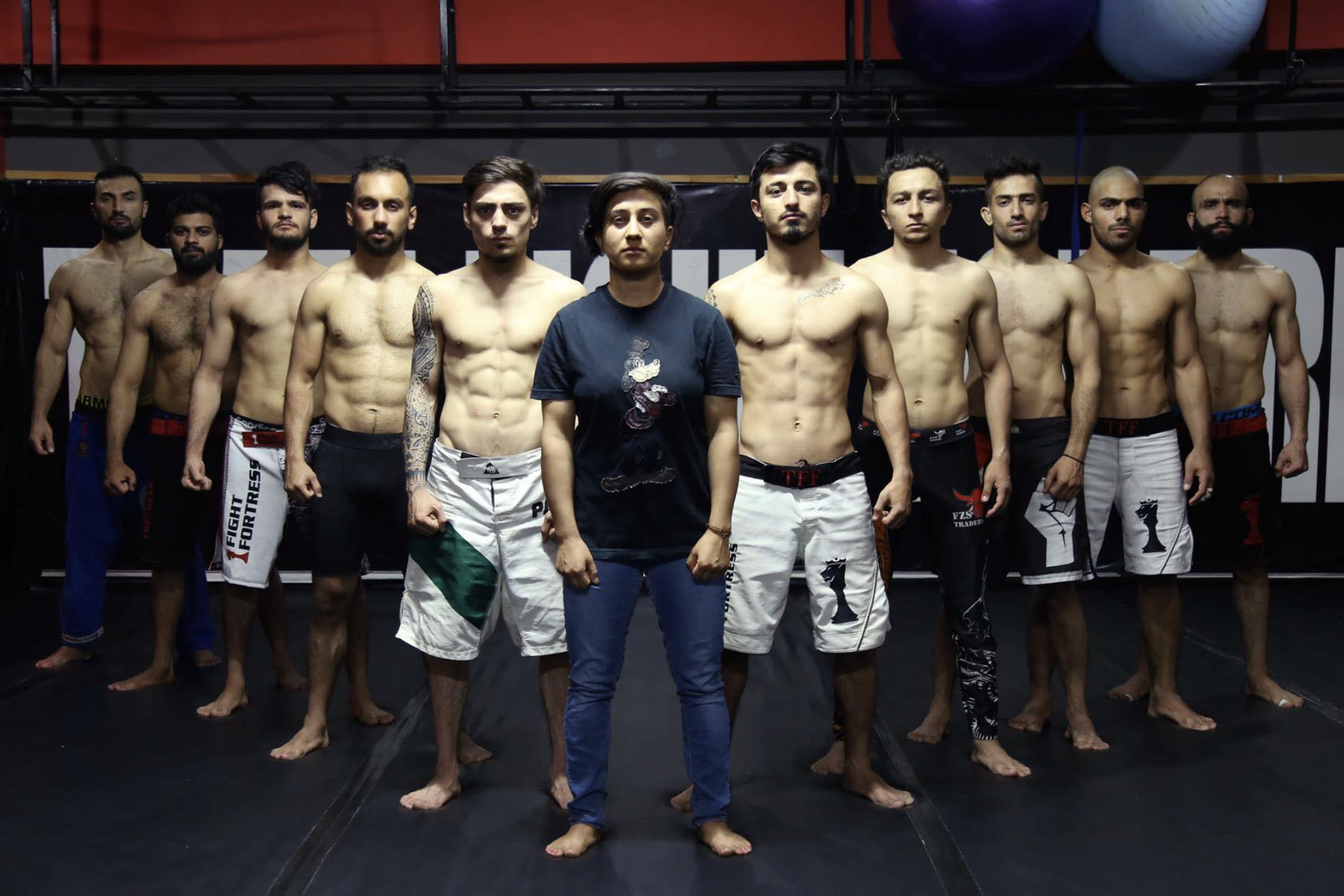 It has only been a year-and-a-half since Anita joined her three brothers Ehtisham, Uloomi and Ali Sultan Karim in Islamabad, the capital of Pakistan, from the remote, northern Hunza Valley. Anita, a small but fierce woman with a side shave, had no previous experience in MMA. It was her brothers who inspired her to take up the sport — they are the founders of Fight Fortress, one of the first MMA training facilities in Pakistan.

MMA, an extreme combat sport that mixes techniques of grappling, boxing and martial arts such as judo and karate, has recently become very popular in Pakistan where it is still a relatively new sport. According to Anita’s brother Uloomi, who is now one of the most famous MMA fighters in Pakistan, there was almost no awareness of the sport 10 years ago. But between 2014 and 2016, Uloomi’s international fights started attracting media attention in the country and subsequently, more and more people wanted to begin competing.

When Anita first got to Islamabad, she was supposed to begin studying for a bachelor’s degree in business administration, but MMA stole her heart. “When I came here and saw the gym, I stopped my studies there. I can’t provide time for both,” she recalls.

There was one problem, however: There were no other female fighters for Anita to train or compete with. But this did not deter her. “First time it was so difficult for me [to train with men]. But I think girls can do everything. Many people think that we are weak but we can’t lose our hope. So I continued.”

Although MMA can be brutal, Anita is not afraid of suffering injuries. “I can’t get scared. I have to make my mind strong,” she says.

Since there are no other women to compete with in MMA in Pakistan, Anita must always go abroad to take part in tournaments.

“There is no awareness here in Pakistan. People can stop their daughters from [taking part in MMA] because we train with men,” she explains.

Whenever she manages to defeat a man while training, she feels like she has achieved something. “I’m so happy that I can do better,” she says.

Her brothers believe making women train with men is good for their self-confidence. “We actually want women to train alongside men so that they don’t feel inferior to men. Or that men in this society don’t feel superior to women,” Uloomi says.

“[In Pakistan], there’s a lot of stereotypes about male and female interaction and it’s considered a male dominant society,” Uloomi continues. “Our concept is that if men and women can live together, they can work in the same environment in offices and go to colleges and universities together, why not train together?” He adds, “Women should be doing the same things at the same level as men. That’s what women’s empowerment is all about.”

Now, with Anita’s rising popularity, more women have, in fact, taken an interest in the sport. “We have seen a lot of women and girls who come to us who want to get trained like Anita and want to be like [her],” Uloomi says.

But pressure from society and families makes it difficult for many women to pursue a professional fighting career like Anita. Nevertheless, according to Uloomi, there is a high potential that more female fighters will emerge from Pakistan in the future.

“It’s all about the mindset and this culture that we have here, that the typical men think that women should stay in the kitchen, stay at home and do nothing all day,” he says.

Such attitudes are especially common in rural areas and in families with low literacy levels. But people in Pakistan’s larger cities are much more progressive, and Anita has not had to deal with too many negative comments. Still, her short hair and boxing gloves can be a shock to many, even some of her friends.

“They say, ‘Wow, you cut your hair and you look like a boy! We can’t believe you’re doing these things,’” she says.

Anita has been lucky. Her parents have been very supportive of her and never questioned her choice to leave her studies. “[My father] said, ‘Follow your passion,’” she says.

In fact, it was Anita’s father, himself a martial artist, who signed her up for Taekwondo classes when she was 12 years old.

But even more important was her mother, Yasmin Karim, a women’s rights campaigner and recipient of the Human Rights Defender Award by the Prime Minister of Pakistan in 2012, who influenced both Anita and her brothers.