Muslims across Pakistan celebrated Eid Milad-un-Nabi - the birthday of Holy Prophet Muhammad (Peace Be Upon Him) on Wednesday with full religious fervor and traditional enthusiasm.

This event is celebrated every year on 12th of Rabi-ul-Awal, the third month of Islamic lunar calendar. The celebrations on this occasion illustrate both the cultural and religious colors at the community level in Pakistan.

To mark the birthday of their beloved Prophet, special prayers were offered in mosques and at homes for the upholding and blossoming of Islam as well as progress, solidarity and welfare of Muslims around the globe.

Right from the start of this holy month, vendors had set up stalls and shops in main bazars and streets of different cities to sell merchandise including caps, badges, flags and other souvenirs.

Meanwhile, government and private buildings as well as mosques and streets across the country were decorated with green flags, lights, colorful streamers and banners containing religious teachings and messages.

People cut cakes and prepared delicious dishes at their homes. The cakes and food was then distributed among relatives, neighbors and needy people.

The government had announced a public holiday for all state-run offices and institutions. Law enforcement agencies took strict security measures to guard the seminars, processions and other public gatherings. 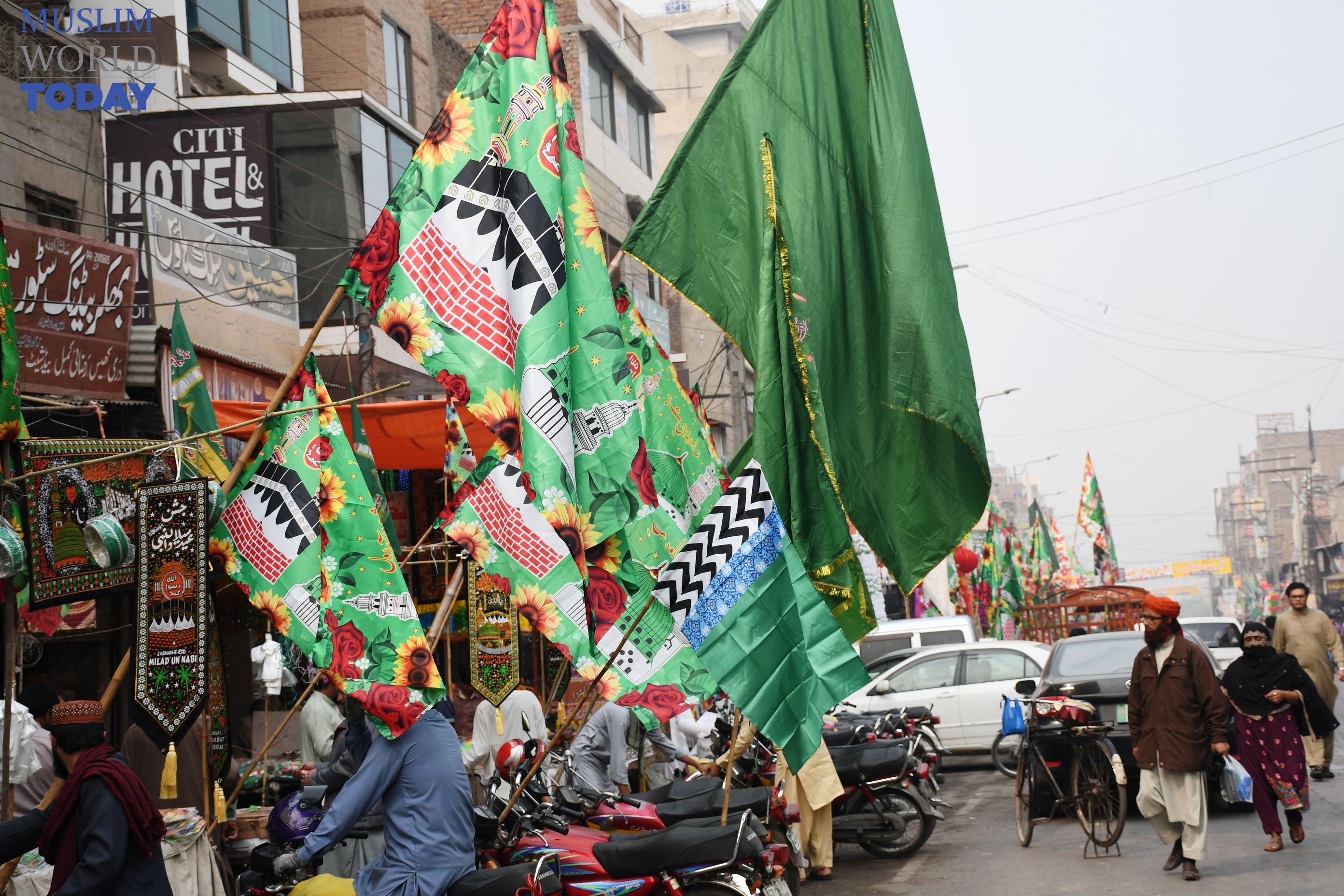 Stalls and shops of flags, caps, badges, streamers and other souvenirs were set up in bazars 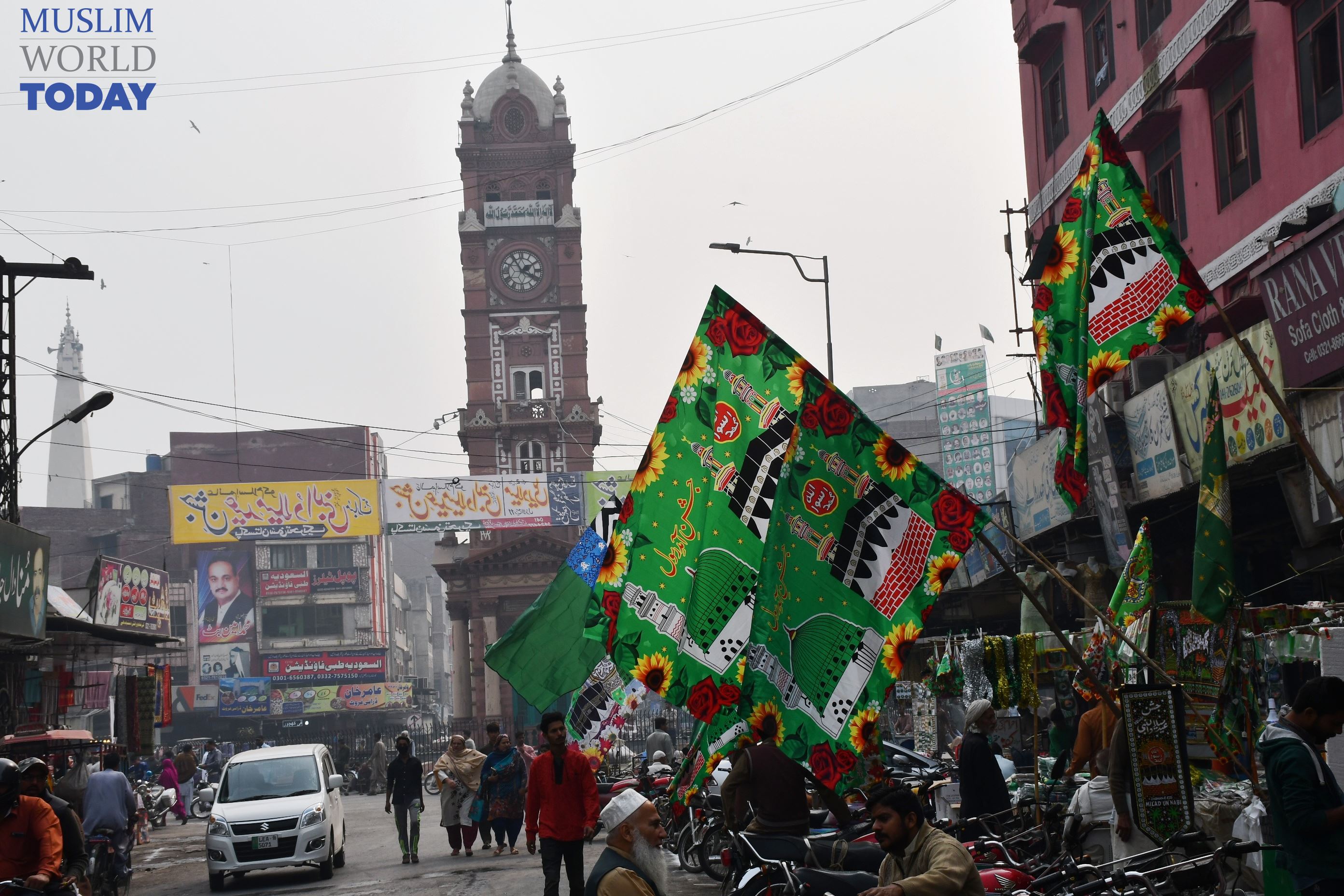 A rushed stall near famous clock tower in Faisalabad 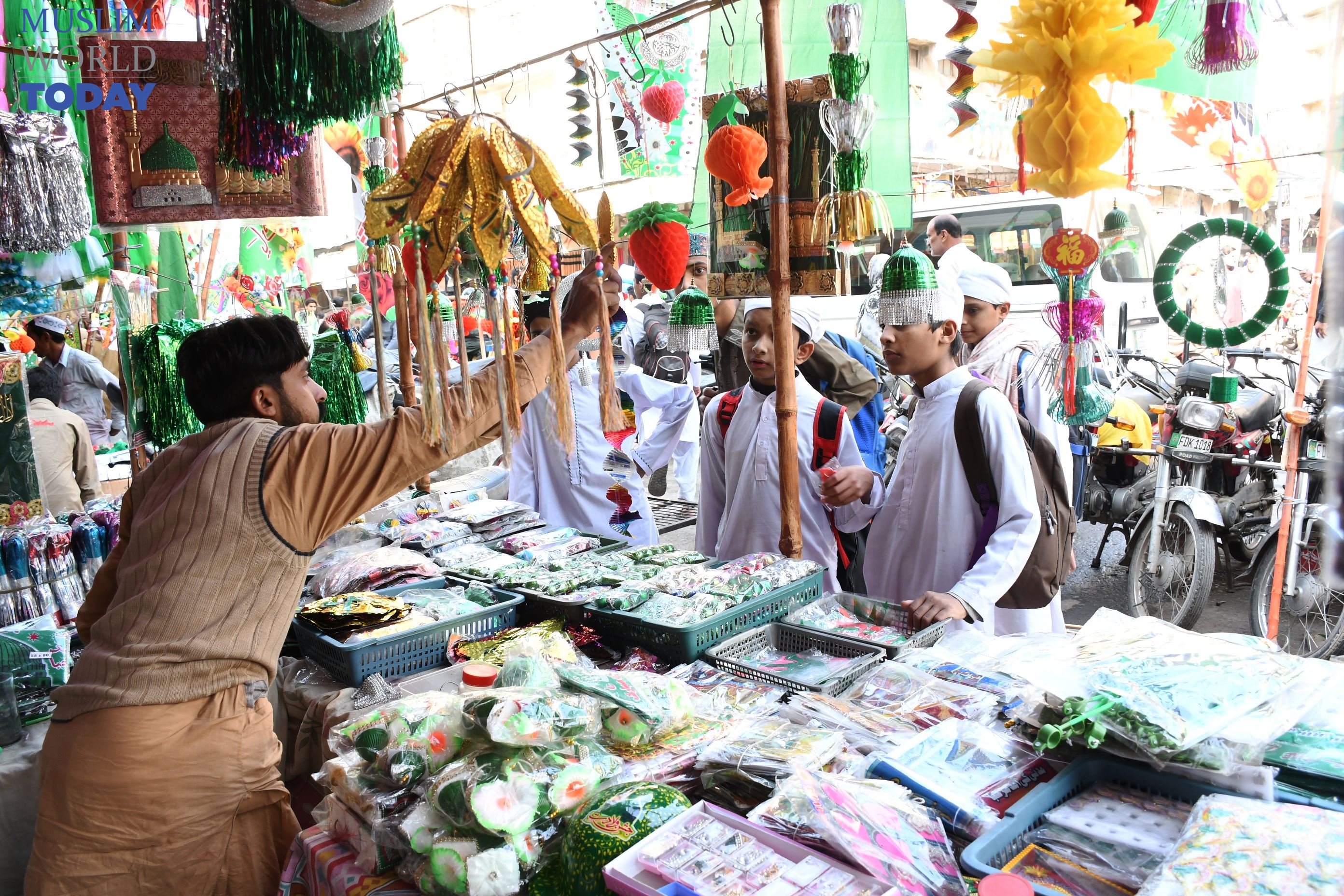 Man sells souvenirs at a stall in Ghanta Ghar Bazar, Faisalabad, ahead of Eid Milad-un-Nabi 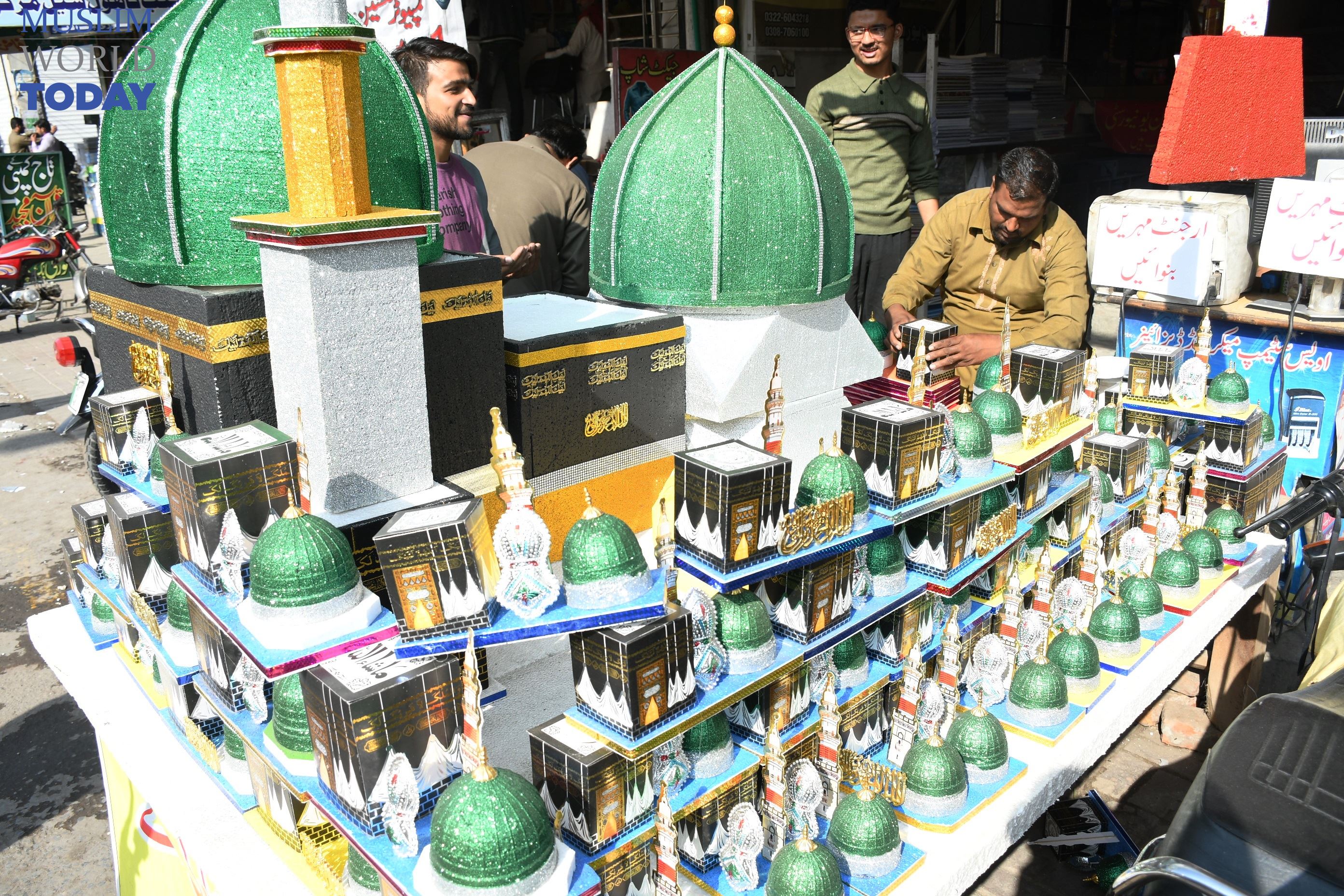 A worker in busy in preparing a showpiece in Ghanta Ghar Bazar, Faisalabad 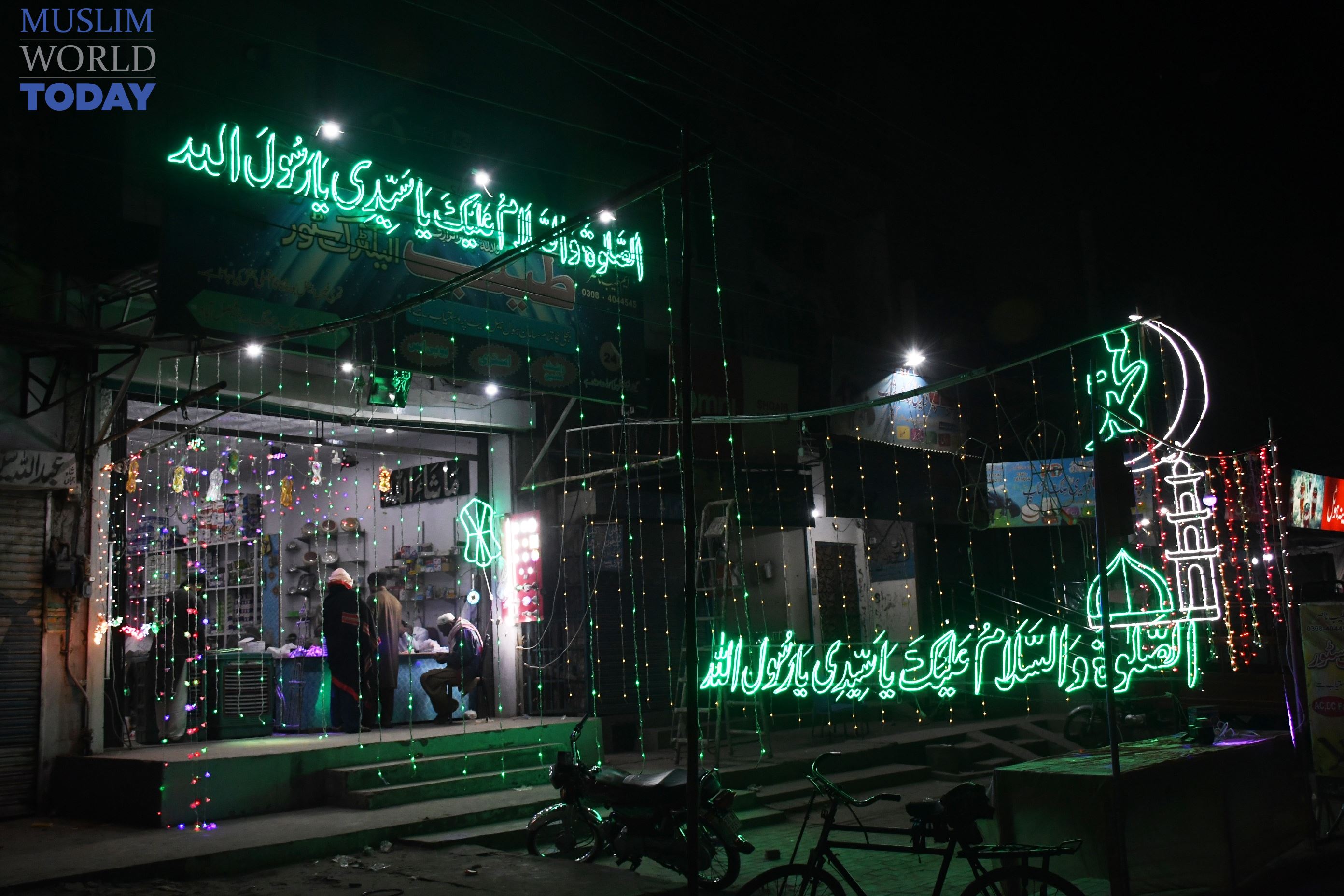 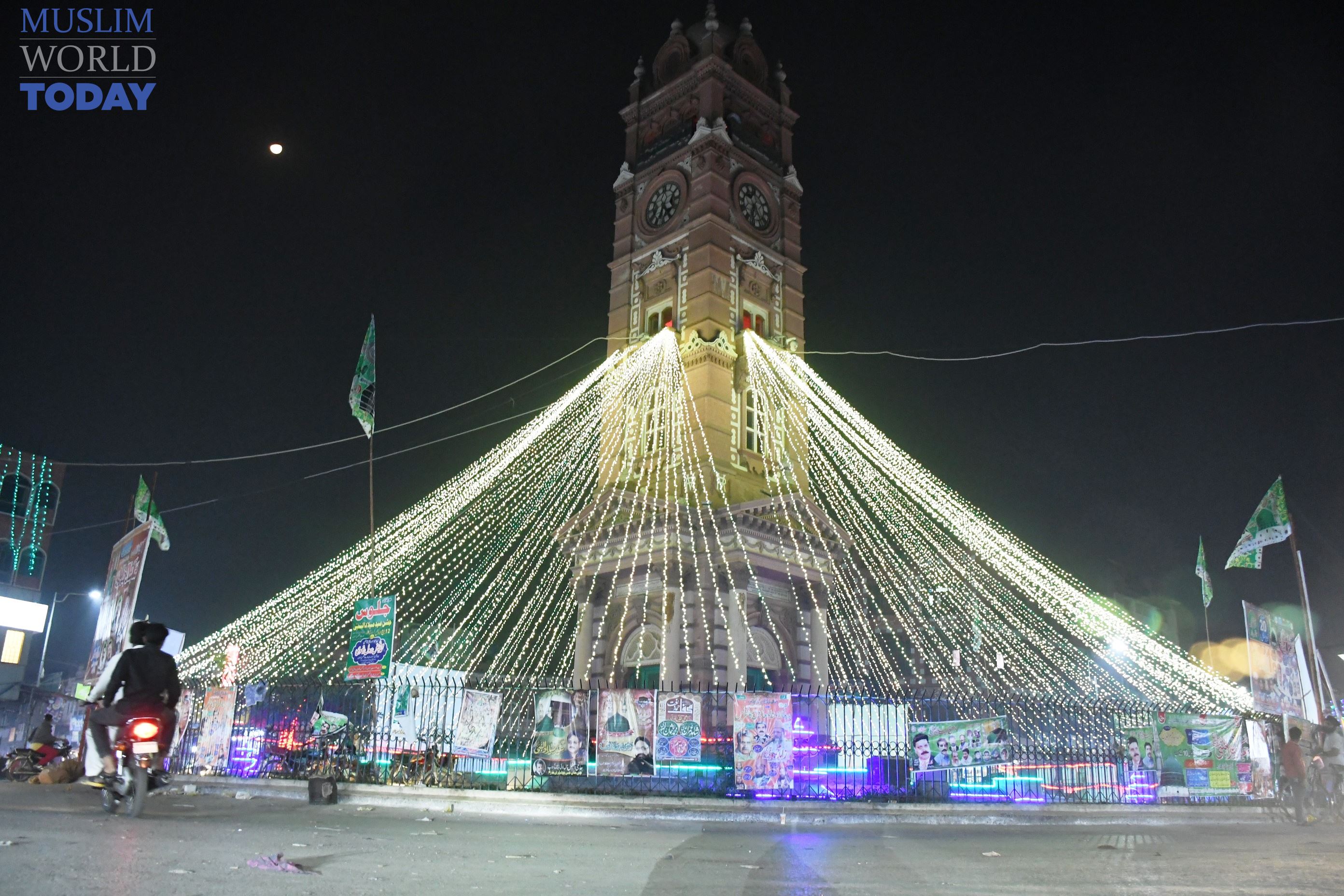 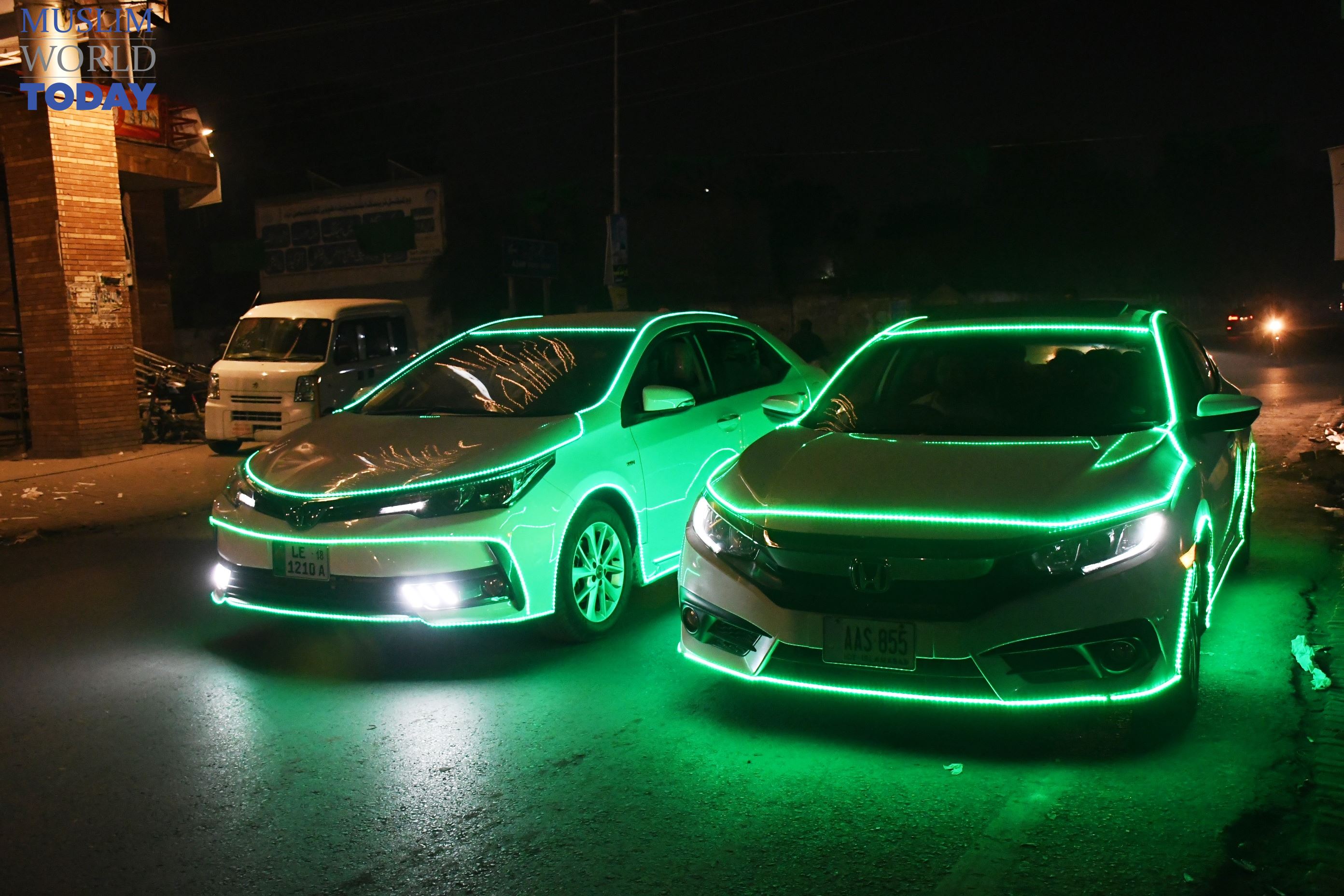 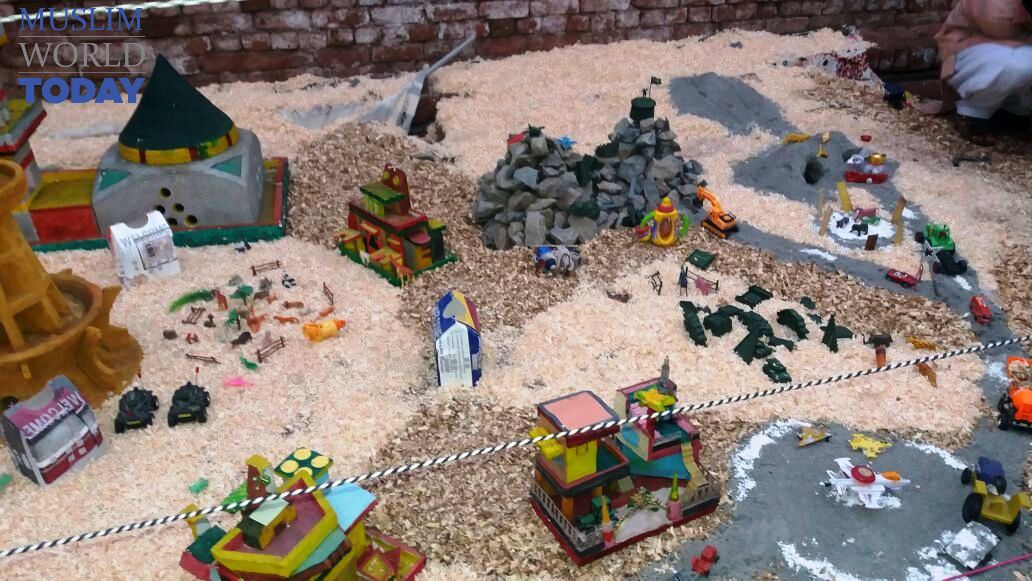 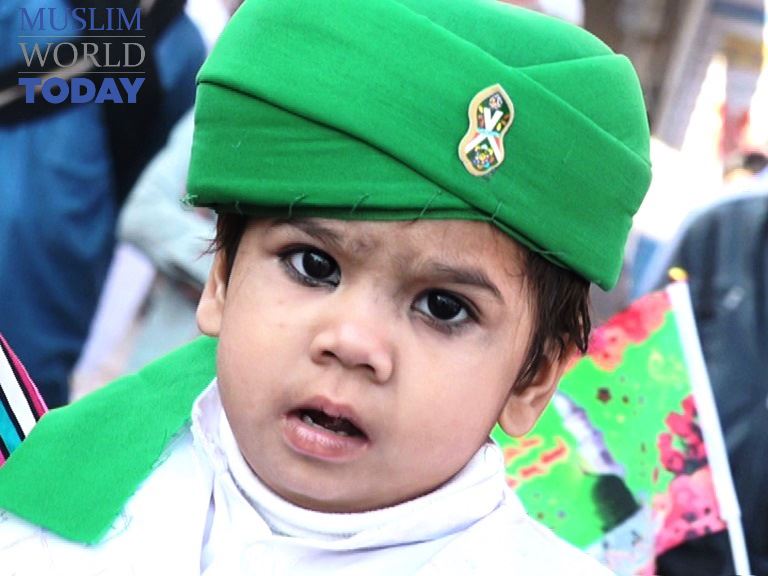 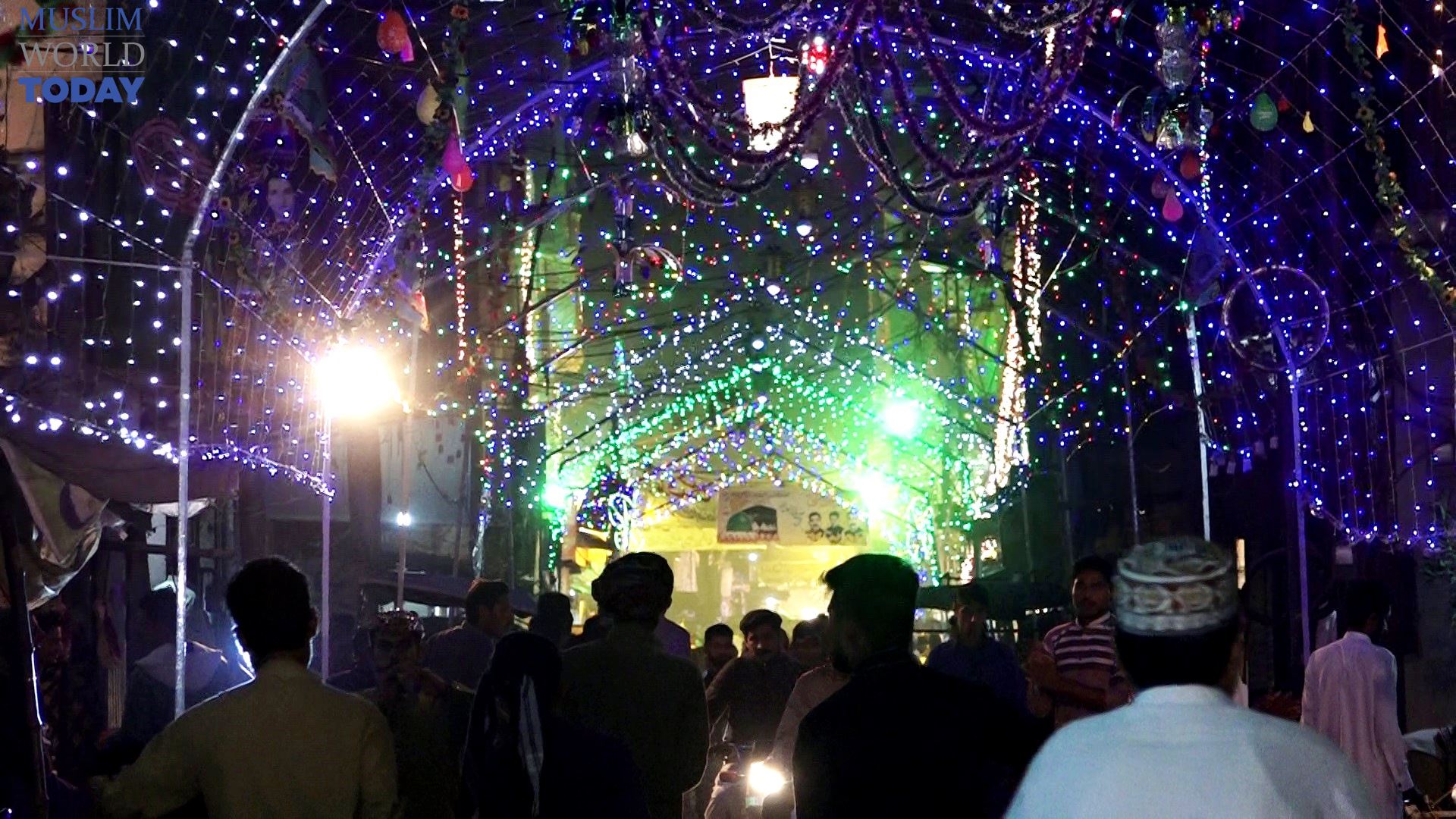 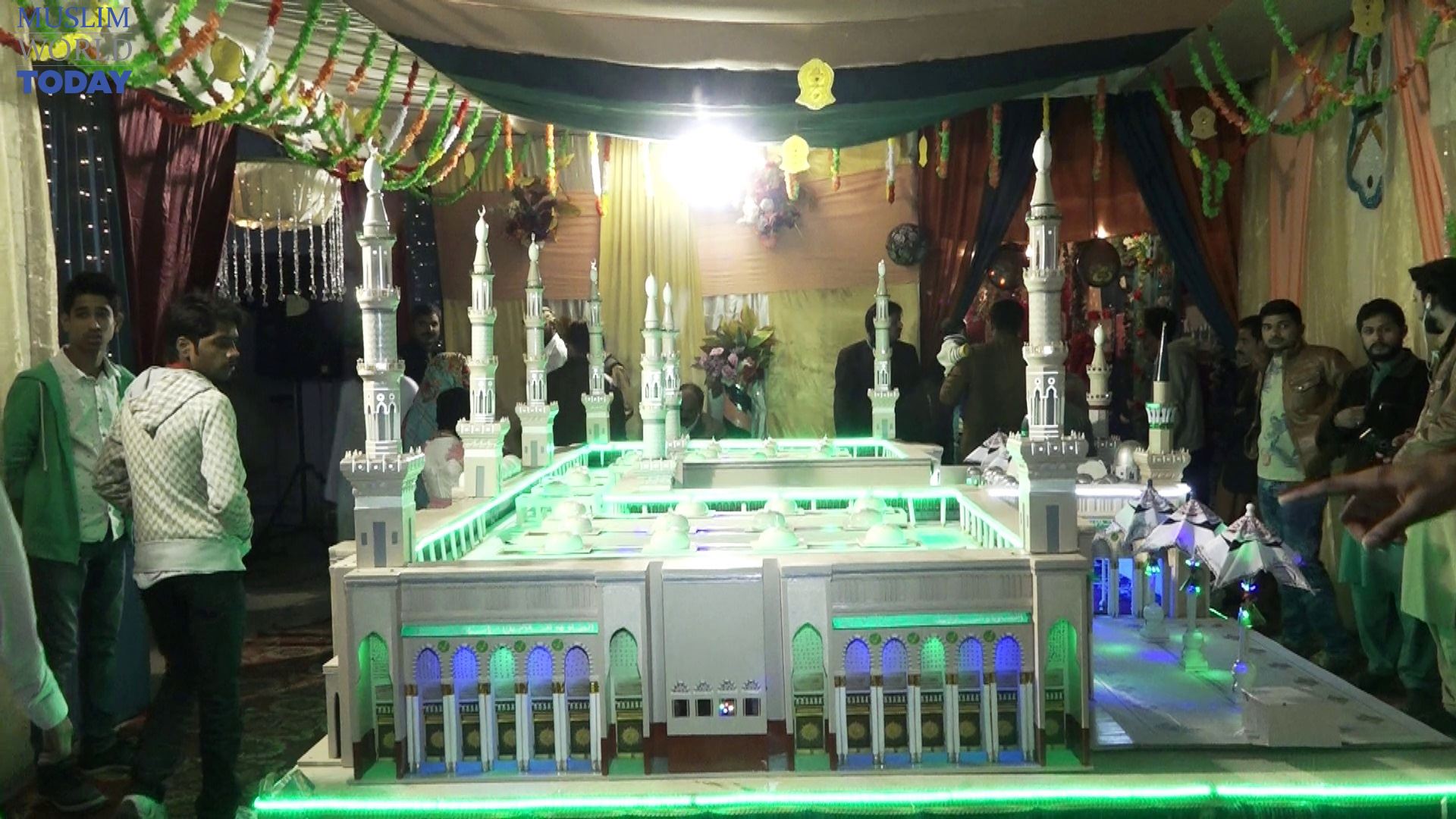 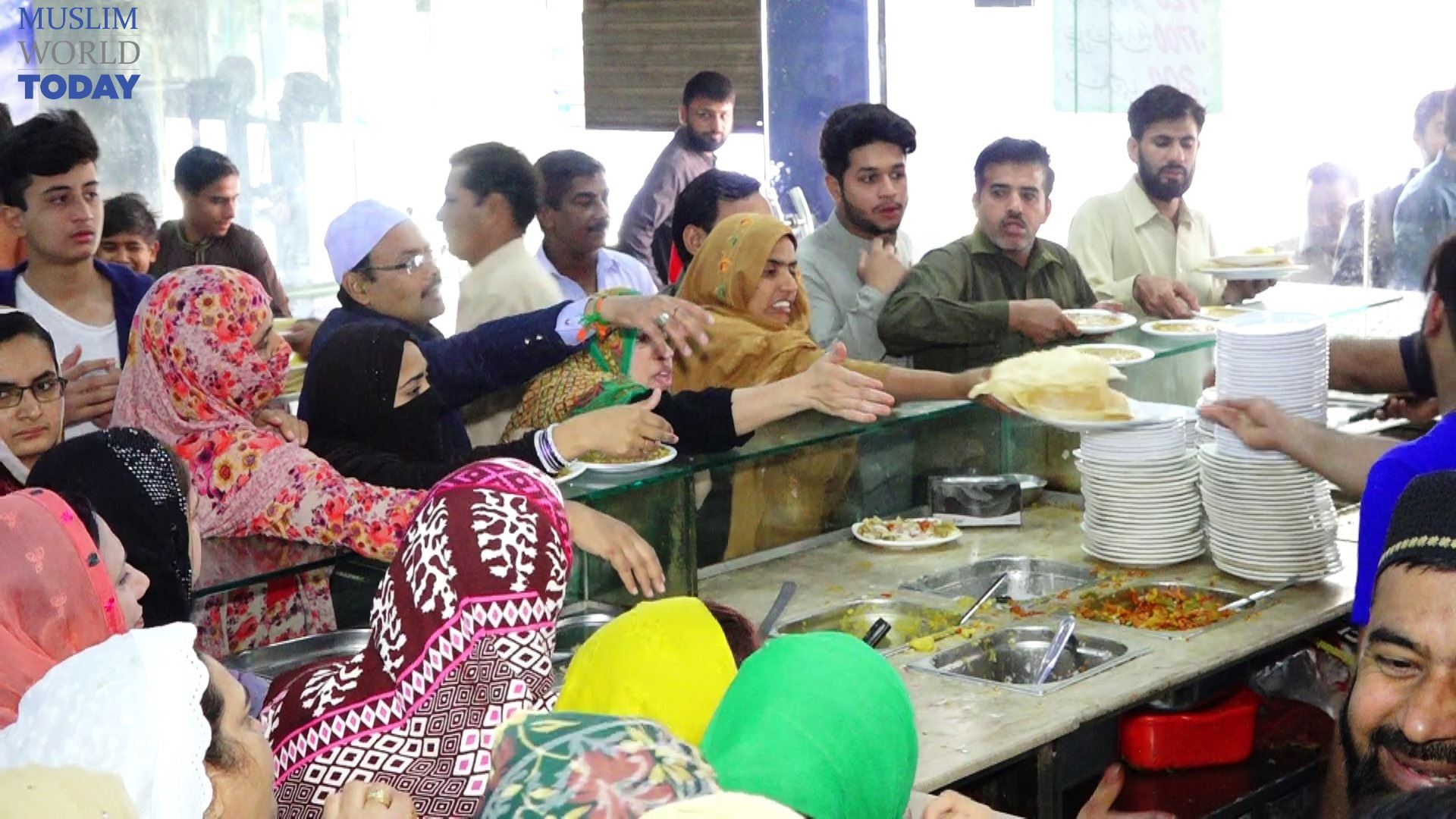 Distribution of free food at a camp by volunteers 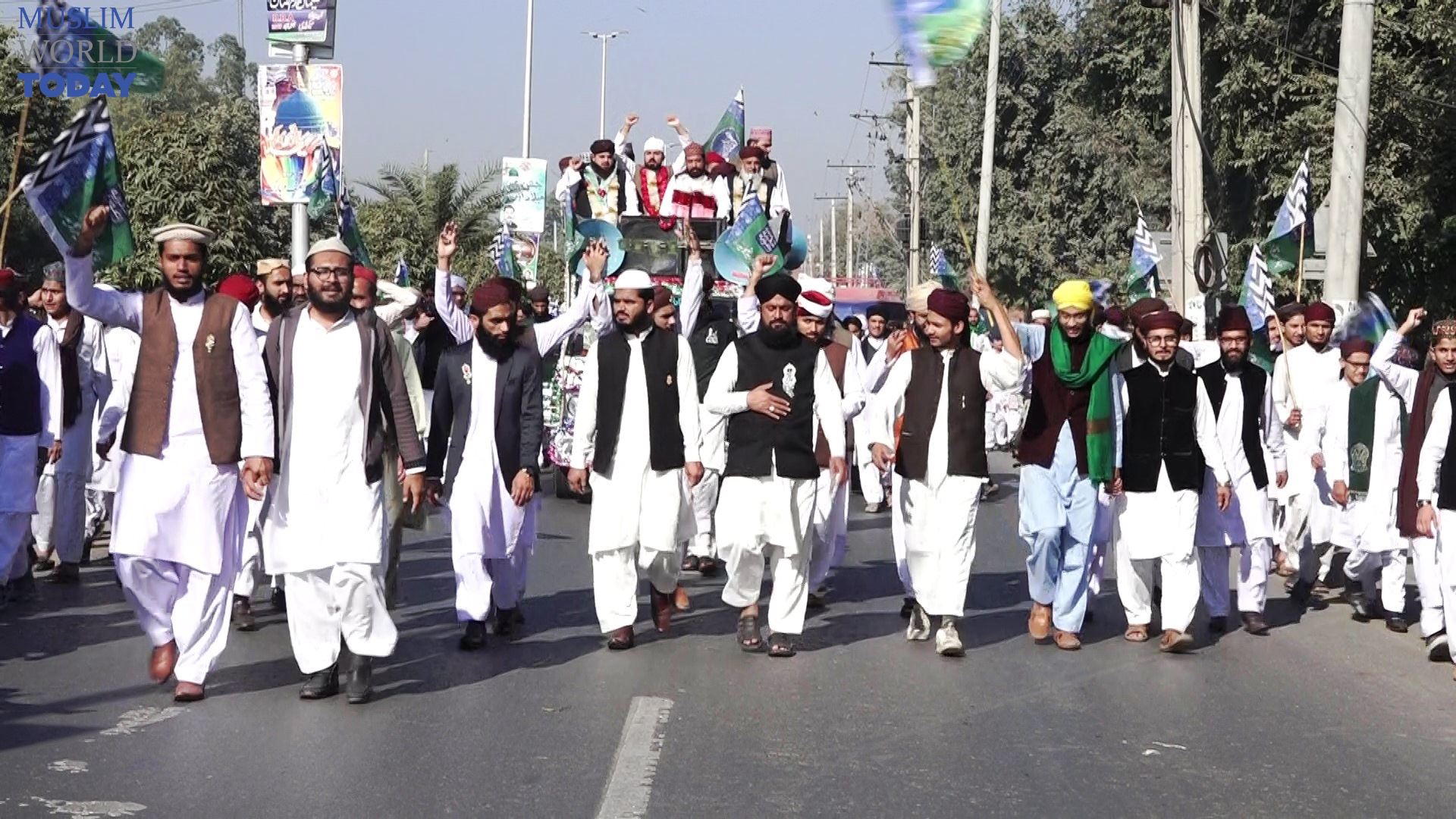 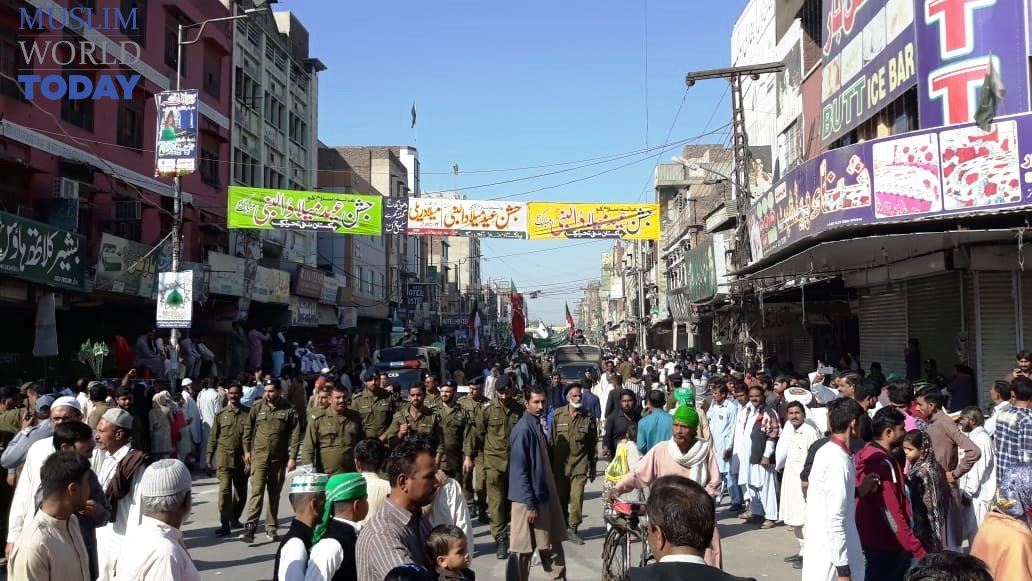