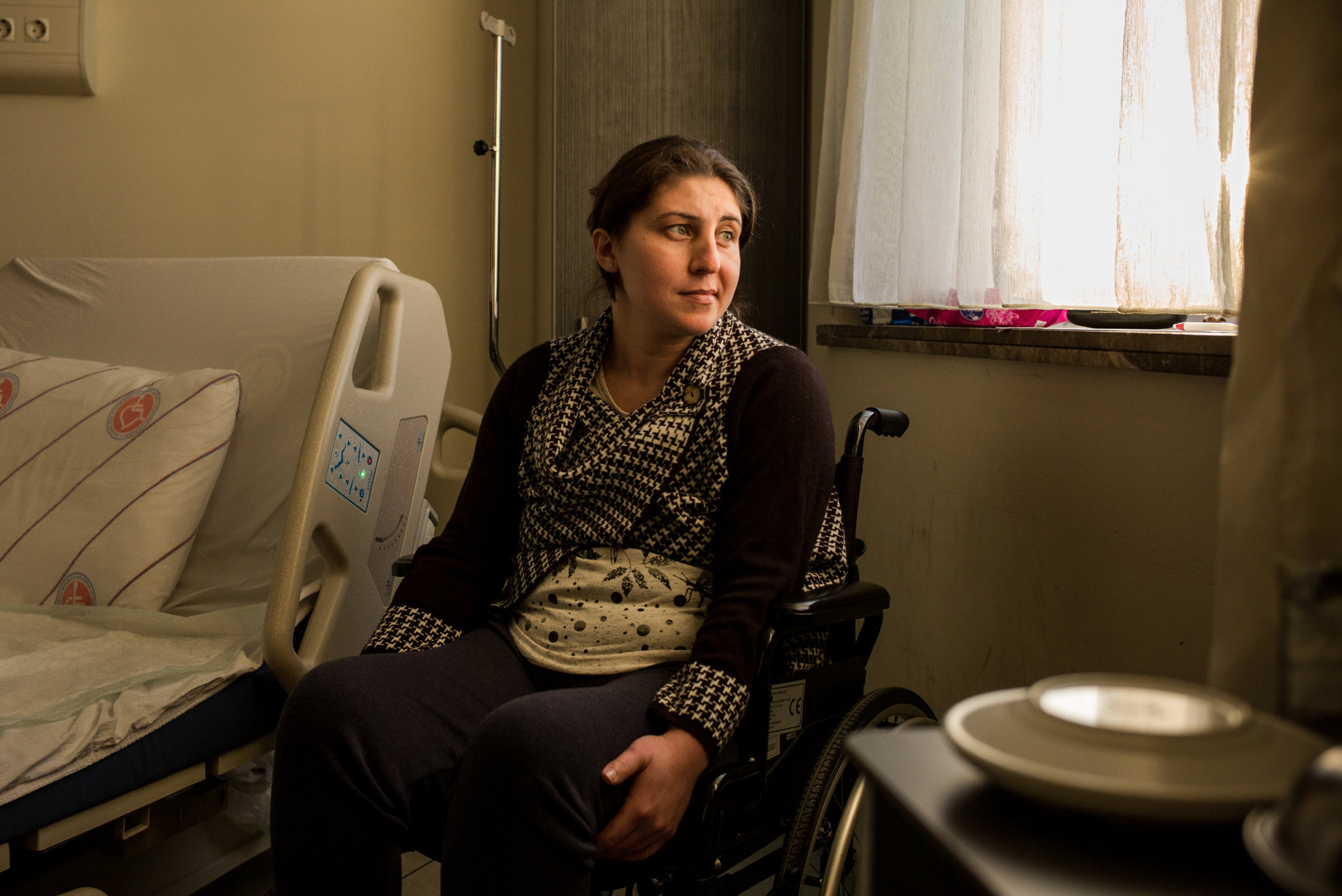 Video taken moments after Handan Askin was shot is shaky, but the scene is clear: Ms. Askin is sprawled out on her back on the cobblestone street, her legs splayed. Her arms are bent upward at her elbows, and she moves her hands while her neighbor asks, “What happened?”

Nine months later in her hospital room, she recalled what happened before her husband shot her: “Emre threatened me when I told him that I wanted to separate, and he used our children to try and prevent me from submitting the documents for divorce.”

She is now paralyzed from the waist down. But to some, Ms. Askin is considered lucky — she is still alive.

While the problem of physical violence has long plagued Turkish women, until recently there has been a lack of reliable statistics. In the first seven months of 2009, for example, the Justice Ministry said that 953 women were slain, while the Ministry of Family and Social Policy reported 171 women killed. Women’s rights organizations like We Will Stop Femicideand The Femicide Map have begun to keep more accurate records.

According to We Will Stop Femicide, the number of women murdered by a partner or relative in Turkey increased from 237 in 2013 to 409 in 2017. The group logged 130 deaths from January through April of this year. The Femicide Map, which has been tracking violence against Turkish women since 2010, reported that nearly 2,000 women have been killed across the country in the last eight years.

many blame the increase on the current president, Recep Tayyip Erdogan, and his Islamic-rooted Justice and Development Party. In recent years he and others in power have made public statements that degrade women. In July 2014 Bulent Arinc, then a deputy prime minister, said that a woman should not laugh in public to “preserve her decency.” In 2016 Mr. Erdogan called women without children “deficient.”

The Turkish government has introduced programs to protect women and in 2012 enacted domestic violence legislation. But Fidan Ataselim, the Istanbul representative of We Will Stop Femicide, says that the laws are not enforced. Officials promised to build more shelters but there is still a shortage, she said, and when women turn to the authorities for help, it often comes too late.

Judges can reduce sentences against the men for good behavior like appearing remorseful or praying regularly, which means the men tend to get off easy. This stands in stark contrast to the punishments meted to women like Nevin Yildirim, who was given a life sentence for killing and beheading the relative who raped her repeatedly, and Cilem Dogan, who was sentenced to 15 years for killing her husband after he tried to prostitute her.

To make matters worse, Turkey’s court system has been in turmoil since a failed coup in 2016, further delaying already slow-moving criminal proceedings. Ms. Askin’s case against her husband went through five different judges. The fifth judge elevated the charge against him from assault to attempted murder.

She said that she now hopes to serve as the voice for all of the women who have been killed and cannot seek justice for themselves.

In March 2017, Gizem Olgun was murdered by her ex-husband, to whom she had been married for eight years and with whom she had a son. He slit her throat in front of colleagues and stabbed her at least 20 times all over her body. She was 25 years old. "I have the autopsy report that shows he didn’t just kill her, he tortured her.” her father, Cenap Olgun, said.

In 2013, Muhterem Gocmen, 30, was stabbed to death by her husband in front of her niece at the hair salon where she worked in Istanbul. Her niece Iram, who was 10 at the time, now suffers from various skin conditions as a result of the trauma she witnessed.

Eda Okutgen, 38, was killed by her ex-husband the same year. Video surveillance camera footage showed her running down the stairs of her apartment building as she tried to flee while he pursued her.

Zehra Karagun, 19, ran away from home and eloped with a man she fell in love with while she was still in high school. Her father agreed to allow her to marry on the condition that she return home. “At first, everything was good, but suddenly he got mad at everything and then started beating me. It was because I was a runaway bride — I thought I had to tolerate it.”

The couple had a daughter together, but Ms. Karagun’s husband grew increasingly violent. In August 2016, he entered through a front window at her family’s home, where she was staying, and stabbed her 30 times. He then went after her mother when she tried to intervene, stabbing her 17 times. He was sentenced to 36 years.

Yagmur Onut, 20, was one month away from graduating from a university when she was shot and killed by her boyfriend in April 2016. He was sentenced to five years and 10 months despite a plea for a life sentence from Ms. Onut’s family. His sentence was reduced to 10 months because of “good behavior” and “regular prayer.” When he was released from prison, he began harassing Ms. Onut’s mother, Sevgi Gulseren, on Twitter for being outspoken about her daughter’s slaying. 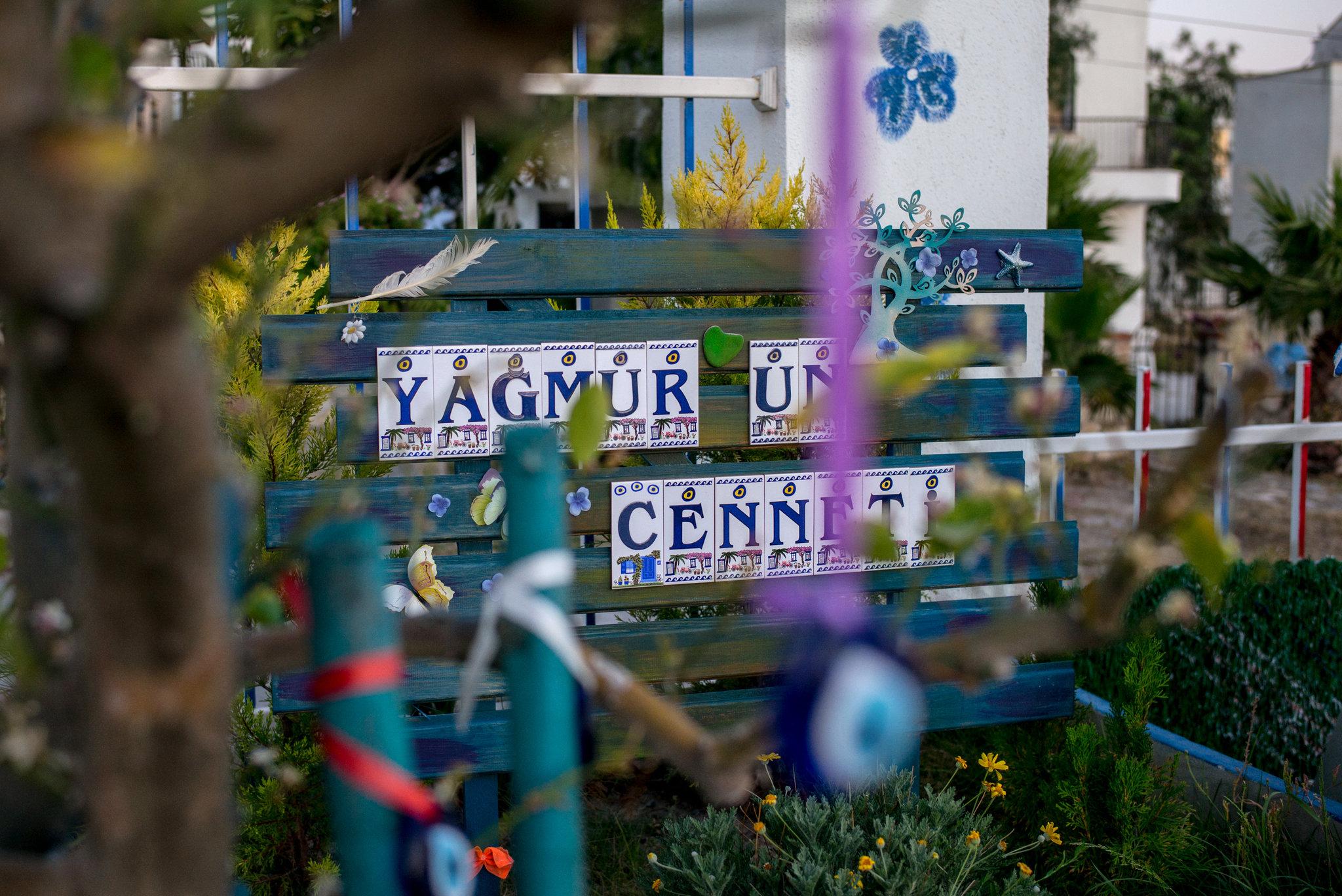 Ferdane Col was 28 when she was stabbed 17 times by her husband just eight days before their divorce in October 2011. Her family believes that her husband and his family plotted the murder after arguments over matters including money and property deeds. Evidence showed that his relatives were also present during the killing and that she was sexually assaulted post-mortem by at least three different people. She leaves behind four children.

Borcu Capar was in her second year of high school when she dropped out to elope with a man she had met on Facebook. They were married for four years. She was 21 when she was murdered by her husband. After an argument at a wedding party in May 2014, he forced her into their car with their daughter, who was 3. Along the road he threw her out of the car, kicked her continuously and crushed her skull under his foot, with their daughter witnessing the scene. Ms. Capar was eight months pregnant. She died 15 days later from her injuries, and her baby did not survive.

Bedriye Koklutas was stabbed multiple times by her husband in January 2016. She died of her wounds 20 days later at the age of 32.

When she was 14, she had been married off to a cousin who was 15 years her senior. He would often beat her. She would return to her family’s home to recover, but she was always sent back to her husband by her mother. Because her husband was a cousin, she could not easily get support from her family for a divorce. Her husband claimed that she was cheating on him and had a lover. After the stabbing he declared himself a hero for cleaning out the “bad blood,” given that Ms. Koklutas was a “cheater.”