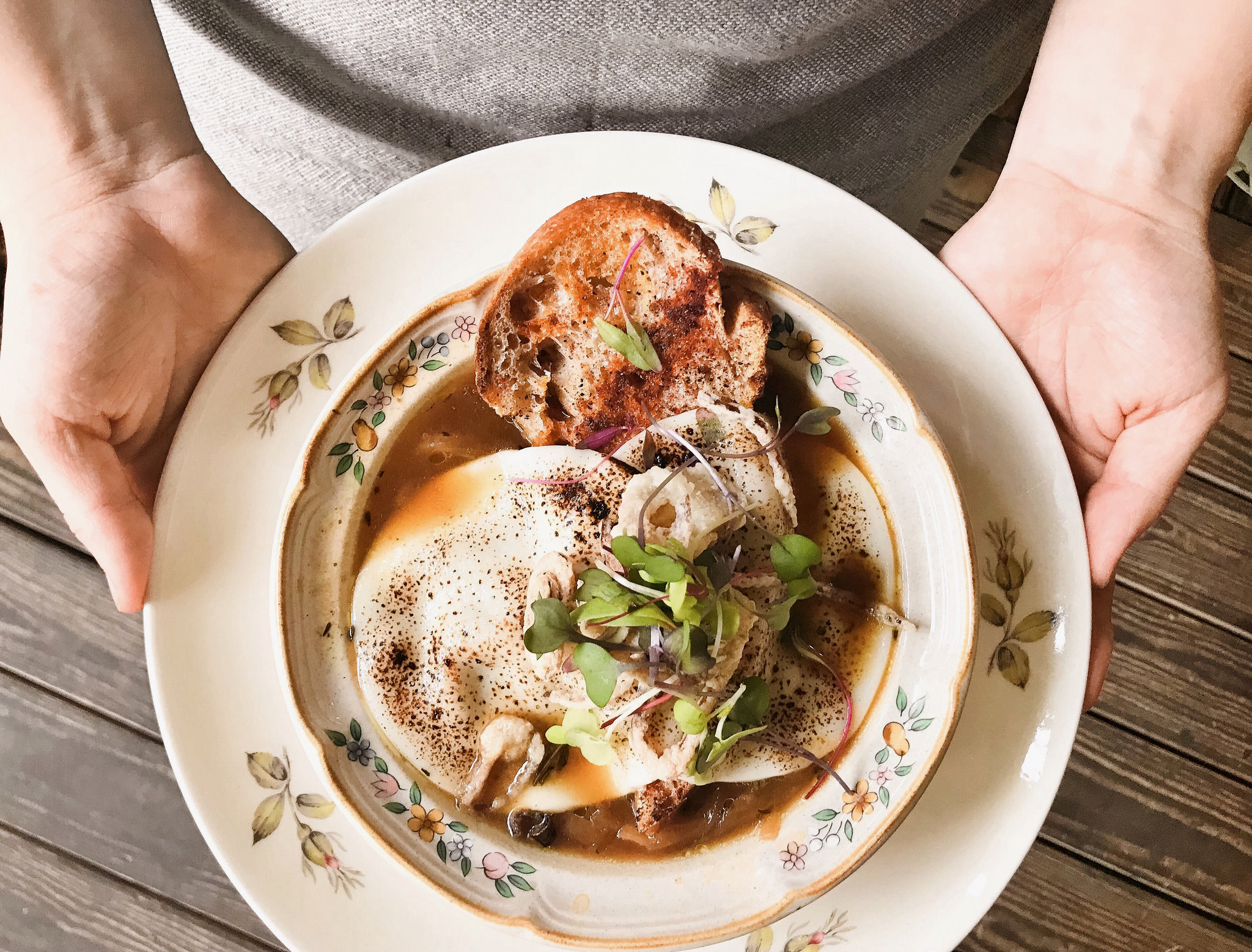 “Did someone order a Sweet Sadie?” asked our young waitress dressed in a pastel pink shirt adorned with the slogan, “Let’s all root for each other & watch each other bloom.” My six-year-old daughter nodded her head, her tiny fingers reaching for the intense chocolate milkshake. What she didn’t know: the drink, like the entire menu, is vegan.

Root & Bloom Cafe in the Elmwood Village neighborhood of Buffalo, N.Y., opened in May, on Mother’s Day. Tucked at the back of a brick building between a barber parlor and an art gallery, it has a casual, hippie-ish vibe. Plants surround a wooden gazebo with a dining area that seats 50 during the warmer months; patrons place their orders at a counter.

The plant-based menu is delicious and quirky. I ordered a giant roasted cauliflower floret smeared in a spicy Cajun rub accented with caramelized maple syrup, coconut sugar, a thick lemon cream drizzle and swaths of massaged kale. It was beautifully tender, the spices livening up the vegetable. The crunchy bed of corn nachos studded with a light but textured “quinoa meat” smothered in cashew cream and guacamole sounded ideal for a vegan version of a Super Bowl party.

The husband-and-wife owners, James Ernst and Sarah Sendlbeck, tested the appeal of a vegan-only restaurant in a city best known for its chicken wings, with a series of eight pop-up dinners from June 2016 to this past February. “These were ‘underground’ ticketed dinners, and people wouldn’t know where they were going until the day of,” Ms. Sendlbeck said. The demand was indeed there: The couple ended up catering six-course meals for up to 40 people a night.