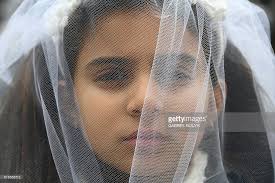 India’s top court has ruled that sex with a child is always rape, quashing a clause that allowed men to have sex with underage girls if they were married to them.

The Supreme Court’s landmark decision on Wednesday closed a legal loophole that has historically allowed perpetrators of rape to escape punishment.

But the court has now ruled that the clause is “discriminatory, capricious, and arbitrary”, and “violates the bodily integrity of the girl child”.

“This is a landmark judgement that corrects a historical wrong against girls,” Vikram Srivastava, the founder of campaign group Independent Thought, told the BBC . “How could marriage be used as a criteria to discriminate against girls?”

Girls under 18 will now be able to report their husbands for rape, as long as they lodge a complaint within a year of it happening.

“The judgement is a step forward in protecting girls from abuse and exploitation, irrespective of their marital status,” Divya Srinivasan, from women’s rights organisation Equality Now , told Global Citizen.

“This positive decision by the Supreme Court will hopefully encourage the Indian government to protect all women by removing the marital rape exemption in all cases,” she said.