Iranian performer makes his music in London, where he can avoid the censorship ‘that makes songs impotent’

Ali Azimi is sitting back to front on a donkey on the cover of the his latest album, Till Glory Finds Us. The shot of the Iranian indie musician evokes Molla Nasreddin, a folkloric Sufi figure whose dealings with his donkey are the subject of countless Iranian jokes.

The image reflects “the story of our life as immigrants,” Azimi says, sitting in his private studio on Pitshanger Lane in west London. “It takes us to a place unknown, but with our face always looking back to where we’ve come from.”

The 38-year-old’s fanbase is in Iran, where thousands follow his music online. On one platform alone, RadioJavan, one of his most famous songs, Pishdaramad – which translates as Prelude – has been played nearly 2m times. His music was also used in The Salesman, the latest offering from Iran’s Oscar-winning film-makerAsghar Farhadi.

Iranian authorities, however, view his genre of music with deep suspicion, associating it with a perceived western “cultural invasion”. When Azimi founded the band Radio Tehran, he was forced to operate underground before deciding to pursue his career freely abroad. 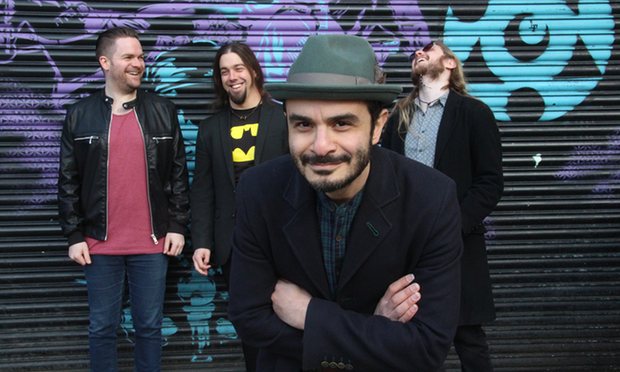 Till Glory Finds Us, which was released last month, reflects on the time Azimi has spent away from his homeland. In August he will set off on a tour of 15 cities in Canada, and Europe and the US, trying to introduce his brand of Persian rock to a global audience.

“It’s heartbreaking that I can’t perform in Iran,” he says. “But I hope that the attitude of the authorities will one day change and that they will show more flexibility.”

There is no blanket ban on rock music in Iran. In recent years, a handful of bands that had been operating underground, such as O-Hum, have been granted permission to perform at big venues, bringing the electric guitar to the Iranian stage.

Musicians, however, find themselves in a constant battle with hardliners who have forced the abrupt cancellation of concerts, intimidating performers in a show of strength aimed at undermining the moderate administration of President Hassan Rouhani.

When concerts do go ahead, fans’ behaviour tends to reflect Iran’s conservative culture. An Iranian who attended a gig by Farshid Arabi in Tehran described it to the FT as “the world’s best-seated heavy metal concert”. 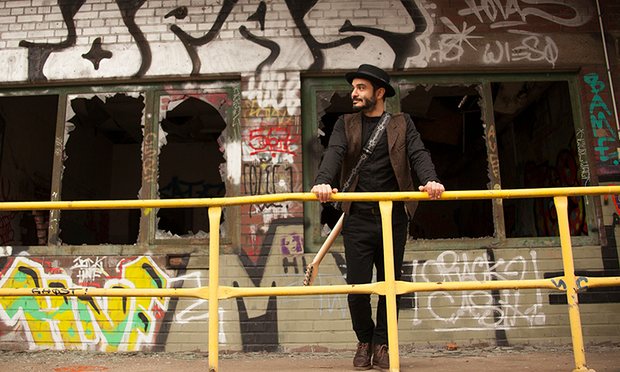 Ali Azimi, who will set off on a tour of 15 cities in August. Photograph: Amin Khelghat

Before granting permission to an album or concert, censors scrutinise every line to an extent that songs lose their meaning, Azimi says. The censorship made working in Iran unfeasible.

“With Radio Tehran, we didn’t go for permission, we remained underground, because censorship will make the song impotent. The sort of rock that gets permission in Iran doesn’t tickle you inside … Honesty is very important and in Radio Tehran we tried to be honest.”

Iranians have mastered anti-filtering software to listen to music that is officially banned, but circumventing censorship didn’t start with the internet. Azimi listened to banned music by The Beatles, Pink Floyd, Sting and The Police on cassette tapes distributed secretly among friends. His idols’ music encapsulated the dilemmas of an era. “Their music created awareness,” he says.

Then came the emergence of illegal satellite dishes. “They changed everyone’s life, how we viewed to the outside world, how we looked at relationships, at freedoms,” Azimi says. Satellite channels are still banned – last week the informal voluntary Basij militia confiscated and destroyed 100,000 dishes – but despite fear of reprisals, illegal installations have mushroomed.

Azimi studied mechanical engineering at the prestigious Tehran University and worked as a building services engineer in London, but gave up his career to pursue music in Iran in 2009, prompted by the recession. 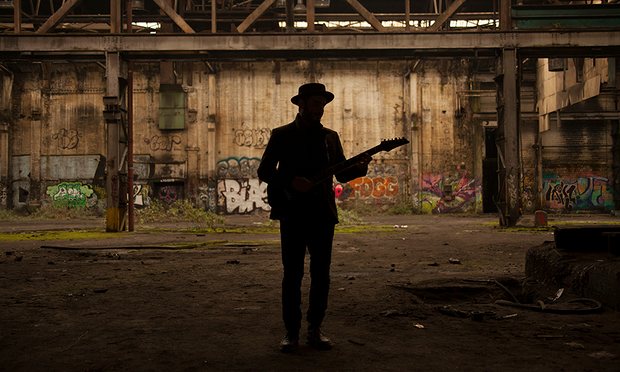 He loved classical Persian poetry from a young age, committing to memory poems by the ancient Persian poet Hafez. “Words have always exhilarated me,” he says. “I get goose bumps.” As a young man he wanted to become a novelist, immersing himself in a world of imagination to escape the harsh reality of the aftermath of the revolution and eight years of war with Iraq.

His debut album with Radio Tehran was called 88, named after the Persian year 1388 - 2009 - which saw turbulence and unrest after a disputed election gave Mahmoud Ahmadinejad a second term in office. His second album, Mr Mean, was recorded under his own name and produced outside Iran with a new band, none of whom were Iranian.

The latest album features a number of collaborations with other Iranian singers, including Mohsen Namjoo, an exile often referred to as the Iranian Bob Dylan. “I’m fighting the squadron of sorrow,” they sing.