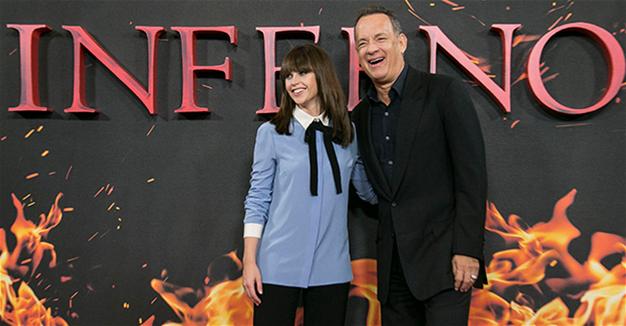 Bestselling writer Dan Brown, Oscar-winning director Ron Howard and actor Tom Hanks, the epitome of Hollywood, have become an inseparable trio that works for so many reasons, even if some of them are not the right ones. Howard brings to screen Brown’s fictional Harvard University professor of religious iconology and symbology, Robert Langdon, for the third time in the adaptation of Brown’s “Inferno,” playing in theaters now.

One of the most popular books of all time, with over 80 million copies sold in 44 languages, Dan Brown’s fourth novel “The Da Vinci Code” of 2003 established him as a household name across the world. The ancient conspiracies, mysteries woven in religious iconography, classical literature and arts, as well as the treasure hunt format established Brown’s trademark style and inspired millions.

The formula that had garnered him fame and popularity with “The Da Vinci Code” was actually tried and tested in Brown’s previous novel “Angels & Demons” in 2000. The book would become a bestseller following the success of his 2003 novel. Brown would subsequently go on to repeat his trademark style in 2009’s “The Lost Symbol” and 2013’s “Inferno.”

Brown’s repetitive style puts him in a specific genre, a thriller format that is uniquely his own, and continues to be devoured by readers everywhere. The formulaic structure of his fiction, unlike, say, James Bond or Agatha Christie novels, along with the use of a selection of almost touristic locale, makes it the ideal material for a Hollywood blockbuster.

Capturing the American psyche perfectly, not necessarily with heart, but with a clear precision, with such films like “Far and Away,” “Apollo 13” and “A Beautiful Mind,” Howard seems to be a perfect choice to carry Dan Brown’s Robert Langdon series to screen. Ditto Hanks, a perfect choice for a refined but otherwise bland character.

Howard and Hanks unite for the third time following the adaptations of “The Da Vinci Code” in 2006 and “Angels & Demons” in 2009, in “Inferno.” The film brings together the Harvard professor with yet another female sidekick, Felicity Jones’s Sienna Brooks as they chase, run and fight across Europe, from Florence to Venice and Istanbul, to stop the release of a deadly virus.

This being a Brown story, the two try to locate the virus through bringing together the pieces of a historical and religious puzzle, “Inferno,” the first part of Dante’s 14th-century epic poem “Divine Comedy,” taking center stage in the high-octane, two-hour chase-and-run. Clues from classical literature and arts, like Sandro Botticelli’s painting “Map of Hell” or the Dante death mask, elaborate global conspiracies, and beautiful cinematography over the streets of Italy and Turkey ensure the film is guaranteed to satisfy fans.

The scenes in Istanbul will especially please Turkish audiences and give some justified hope to some locals experiencing dire times in tourism amid Turkey’s position as an increasingly insecure place. For others, the scenes in Istanbul will be a reason to yawn, providing yet another notch in Hollywood’s penchant of jamming the 14 million-person metropolis into the historical peninsula, defined by Hagia Sophia and the Blue Mosque. That said, the concert scene toward the finale in the Basilica Cistern, the fifth-century Byzantine cistern beneath the city, will leave the audience in awe.

For the audience who hasn’t seen Istanbul, the locations will look familiar from the second to last James Bond movie, 2012’s “Skyfall,” the opening scenes of which take place in Istanbul’s Sultanahmet Square and Hagia Sophia. In fact, this was not the first time Bond visited Istanbul. 007 traveled to Istanbul on two other occasions in the franchise, under the guises of Sean Connery and Pierce Brosnan, alongside “Skyfall”s Daniel Craig.

Bond first visited Istanbul in 1963, “From Russia with Love,” where he meets with Soviet consulate clerk Tatiana Romanova aboard a ferry during a ride on the Bosphorus. In another scene, Connery’s Bond goes for a stroll inside the Hagia Sophia for another clandestine meeting with Tatiana as a group of tourists hears about the history of the basilica-cum-mosque.

Thirty-seven years later, James Bond once again traveled to Istanbul in 1999’s “The World Is Not Enough.” Brosnan’s Bond travels to Istanbul to stop a terrorist’s plan to initiate a nuclear explosion to sabotage a Russian oil pipeline in the Bosphorus, destroying Istanbul in the process. The Maiden Tower, along the Bosphorus, gets a role in the movie, as Bond gets a signal form the tower just before the city is blown up.

In the end, Istanbul continues to be the exotic locale squeezed into a handful of places for Hollywood.