The unexpected gleam of these never-before-seen images of Tashkent’s metro might be a good enough reason for tourists—both foreign and local—to flock to Uzbekistan’s capital city and delve underground. 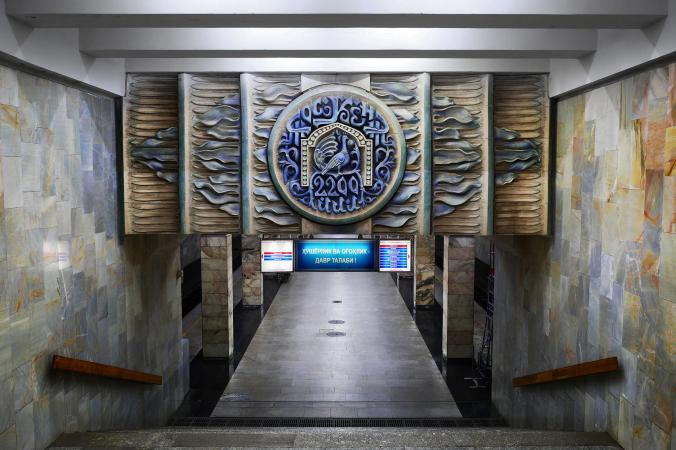 Central Asia’s oldest subway is a masterpiece of decorated platforms, glazed columns, and shimmering tunnels, capable of surprising even the most jaded visitors. Built in 1977, Tashkent’s three metro lines also became a designated military site and nuclear bomb shelter—which demanded strict safety measures prohibiting civilians from taking pictures. But once the ban was lifted in July, commuters could capture the artworks on camera for the whole world to see.

Photographer Amos Chapple was struck by the confluence of styles adorning the platforms’ walls. “[It’s] the variation; there were different flavours to the art,” he says. Soviet elements co-mingle with ancient Islamic designs: Angular shapes and sharp edges, expressing the rigidity, majesty, and power of the Russian empire, collide with the sinuous lines and seductive cobalt and emerald hues of the Arabic style.

This dazzling convergence stems from Uzbekistan’s complex history and the varied governments that took turns at the country’s helm. 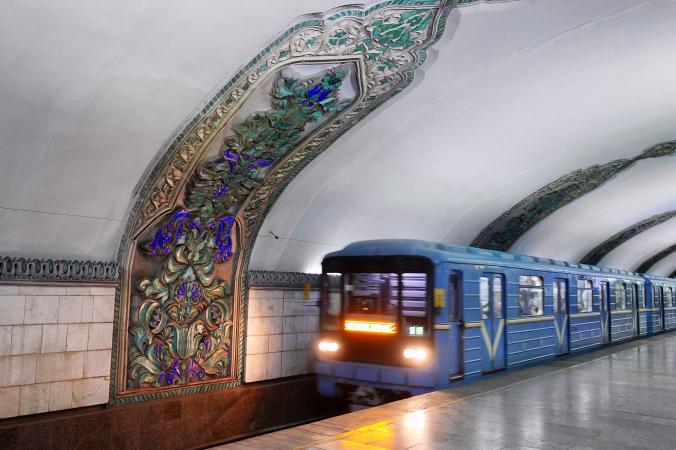 In the first millennium B.C., Tashkent was one of the biggest cities along the Great Silk Road, a crucial port on the ancient trade route from East Asia to the Roman Empire. Its status as a cultural crossroads led to waves of regime changes. When Arabs conquered the region in the 7th and 8th centuries, they introduced a wave of Islamic conversion whose influence lasted for more than a millennium. But when Russia seized the city in the late 1800s—and when Bolsheviks conquered adjacent territories in 1917—the country shifted toward a more secular stance, as religious practice was banned under Soviet rule.

As part of their secularist campaign, many mosques and shrines were closed, and many religious ministries persecuted. Then large portions of Islamic buildings were reduced to rubble by a 1966 earthquake, never to be rebuilt.

It’s this layering of historical events, sovereignty, religions, and artistic values that generate the stylistic discontinuity of Tashkent’s metro.

Despite unassuming concrete entrances and plain handrails, the view from inside is mesmerizing. Crafted by local artists, the decorations—made of glass, ceramic, plastic, marble, metal, and alabaster—have their own unique style and themes. Several stations were renamed when the Soviet Union dissolved in 1991 as part of a “decommunization” process. In fact, while of a Soviet period, the art eschews the boisterous, propagandistic traits of Communist ideology. 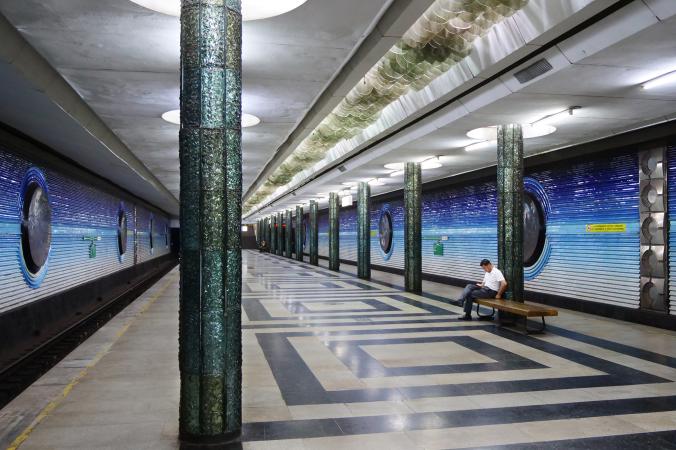 In one station, the bas-relief of a majestic bird, crowned by an Arabic-style pointed arch, celebrates the 2,200 years of Tashkent’s existence. At the Paxtakor stop, a sky-toned mosaic highlights fluffs of cotton blooming from orange stems, referencing one of Uzbekistan’s primary industries. At another station, majestic floral arrangements of stucco and enamel decorate panels from floor to ceiling.