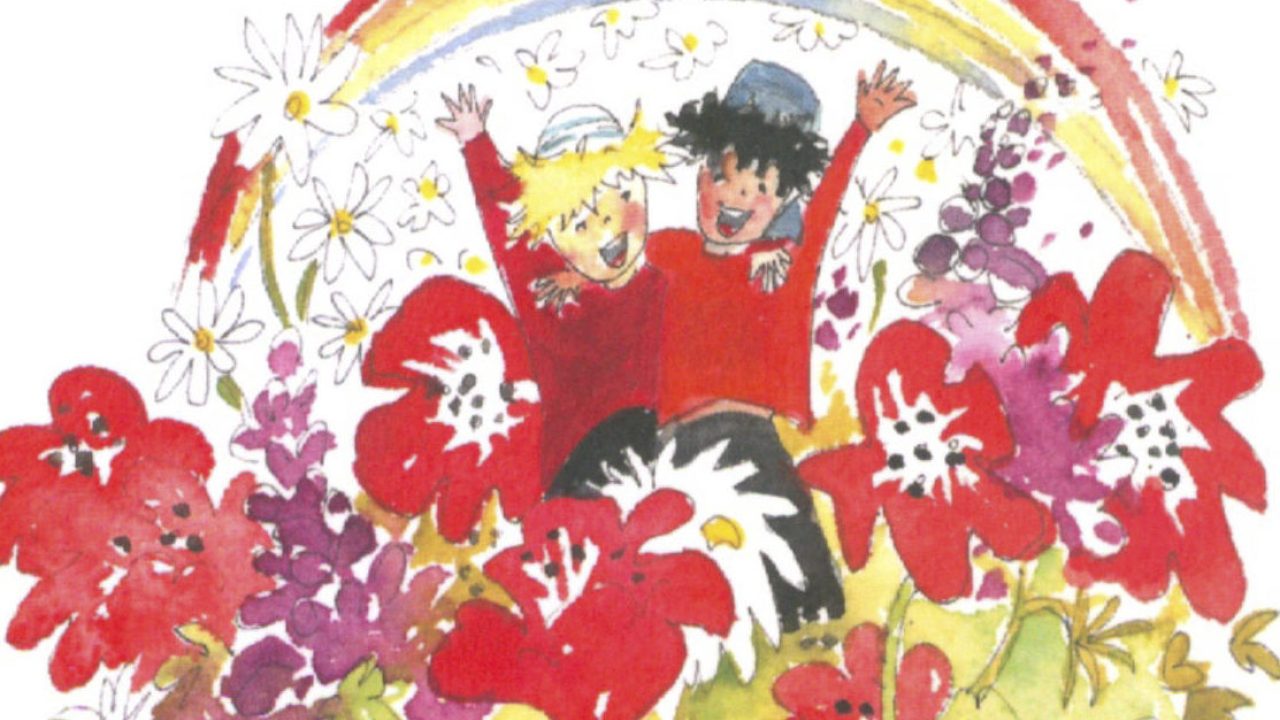 Rabbi Sheldon Lewis, rabbi emeritus of Congregation Kol Emeth in Palo Alto, has long been engaged in interfaith reconciliation efforts in the Middle East. In 2012 he published a book on peaceful conflict resolution within Jewish sources titled “The Torah of Reconciliation.” On some level, however, he believes that peace must begin with children.

With the publication, this year of the second in his series of kids’ books about two “thumb-sized” boys in Jerusalem — one Jewish, one Palestinian Muslim — Rabbi Lewis makes his commitment to that concept clear.

“I think education is key for reconciliation to be achieved in the Middle East,” he says. “We have fallen short, but as bleak as it looks right now, we are not meant to give up. We need fresh energy and commitment.”

That’s what gives Lewis the impetus to write children’s literature, although he has always loved telling stories to children. “More Mini Adventures in Jerusalem” follows the earlier “Mini Adventures in Jerusalem,” in which the two tiny boys (known as k’tonton in Hebrew) meet in a crack in the Western Wall. A chapter book, delightfully illustrated by Kim Howard, Lewis’ former student, “More Mini Adventures” has the boys finding one another again at the Wall, riding a squirrel, making friends in Jerusalem and so on. In one chapter, while doing homework together they discover that their respective traditions share some commonalities. The last chapter takes place in Neve Shalom, a long-established community in Israel where Jews and Palestinians live, work and educate their children together, and a place Lewis has visited.

“I see these books as a Torah of reconciliation for kids,” Lewis says.

He has four grown children and nine grandchildren as of this writing, whom he calls “my beta-testers.” One of them, Sari Lewis, was 15 when she contributed two full-colour illustrations to the new sequel — the first publication of her artwork.