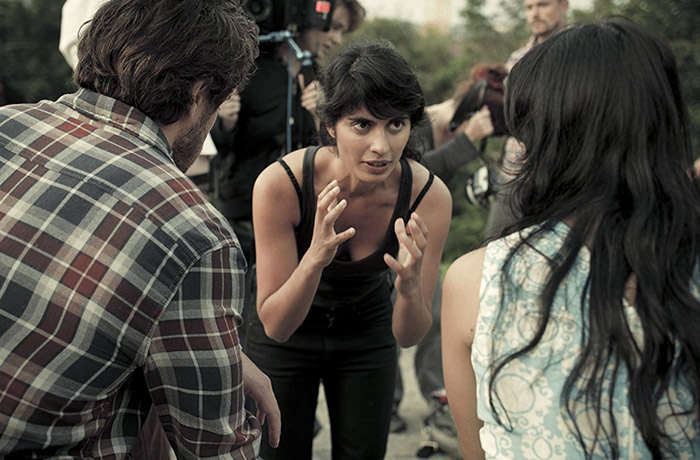 A quick glance at the recent reviews of Pakistani-Norwegian director Iram Haq’s new film “What Will People Say” instantly reveals the discomfort the movie has stirred up in the media.

“It becomes tempting to retreat in the false belief that it should be impossible for such terrible things to happen to one person,” wrote Teo Bugbee in The New York Times. But, he notes, the traumas main character Nisha (Maria Mozdah) endures are not completely fictional, but based on the experiences of writer and director Haq herself.

When viewers first meet Nisha she appears to be the typical teen daughter of immigrant parents. While at home, she speaks Urdu with her parents and studies hard in the hopes of one day attending medical school. When she is out with her friends, however, Nisha longs to do teen girl things like wear makeup, go out at night, and date boys.

Everything falls apart when Nisha is caught with a boy after sneaking out of the house. Angry that she has dishonored them, Nisha’s parents lash out violently and then, with the help of relatives, forcibly send her to Pakistan to live with an aunt and uncle.

“It took a lot of years to develop and be able to tell the story,” Haq told Abu Dhabi’s The National earlier this year. “I very often find inspiration from myself and I like to talk about feelings of shame and what it does to us — loneliness, identity, love and not feeling love and feeling rejected.”

As Haq tells it, she was a teen herself when she was taken to Karachi by her family, a decision by her father which left a lasting impact on her life. “I was born and grew up in Oslo, Norway, with Pakistani parents and was kidnapped to Pakistan when I was 14,” she said in an interview with Entertainment Weekly. “Of course, many of the emotions and what she goes through, some of them are from my own life but they are also fictionalized.”

Haq went on to say that her abduction lead to decades of estrangement between her and her father, only ending shortly before his death when he was 82. While she is pleased that the film is garnering praise, she also stressed that she ultimately hoped the story would help other young women in similar circumstances.