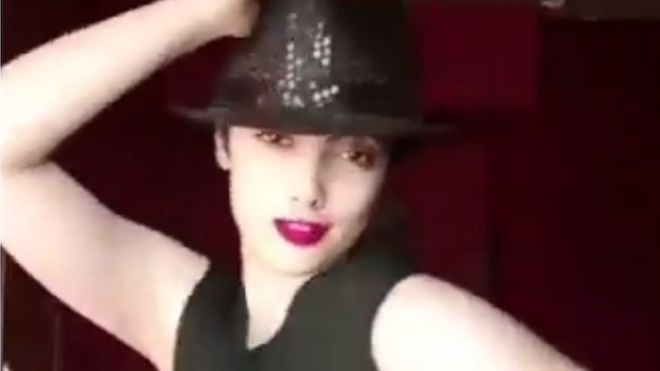 Women in Iran have posted videos of themselves dancing online, in support of a teenager who was arrested.

Maedeh Hojabri had gathered thousands of followers on Instagram with videos of herself dancing to Iranian and Western pop music.

Social media users shared videos and messages supporting the young dancer, using hashtags such as one that translates as #dancing_isn't_a_crime.

The Iranian government has strict rules governing women's clothing and dancing with members of the opposite sex in public is banned, except in front of immediate family members.

Ms Hojabri's videos showed her dancing at home without the mandatory headscarf, or hijab.

everal other dancers have reportedly also been arrested in recent weeks.

Blogger Hossein Ronaghi commented: "If you tell people anywhere in the world that 17 and 18-year-old girls are arrested for their dance, happiness and beauty on charges of spreading indecency, while child rapists and others are free, they will laugh! Because for them, it's unbelievable!"