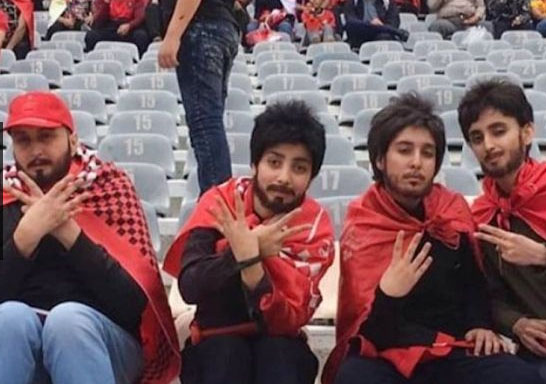 A group of female football fans donned fake beards and wigs to sneak into a major soccer match in Iran in defiance of a ban on female spectators.

Photos and video of the fans sitting in Tehran's Azadi Stadium disguised as men on Friday have gone viral on social media.

They were watching their team Persepolis crowned champions.

The Islamic Republic has long banned women from attending men's football matches and other sports fixtures, based at least partly on the theory that women should not hear fans swear.

"I am very proud of them and impressed that they can be so fearless, because it is a huge risk that they do that," Melody Safavi, Iranian women's rights activist and singer told Reuters.