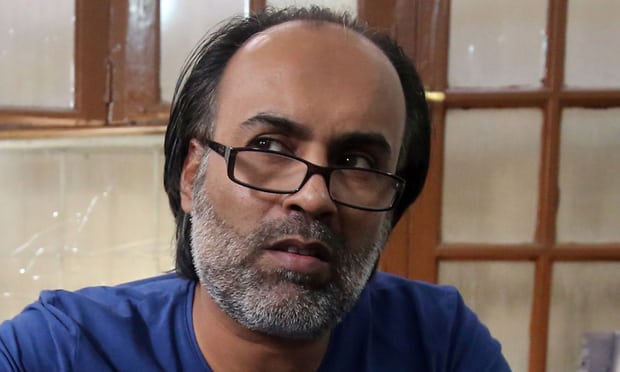 Ahmed Saadawi, who won the “Arabic Booker” – the International Prize for Arabic Fiction – in 2014 for his novel Frankenstein in Baghdad, is up for the £50,000 prize, shared equally between author and translator, along with his English translator, Jonathan Wright.

Saadawi’s novel, which the judges said “accrues in horrors as you move through it”, tells the story of a Baghdad junk dealer who assembles body parts left on the streets and stitches them together to make a political statement. The corpse goes missing, resulting in a series of eerie murders across the city.

Han, who won the prize in 2016 for her novel The Vegetarian, is shortlisted for The White Book, which draws on her experience of losing an older sibling, who died before Han was born, and explores the various symbolic meanings of the colour white. Krasznahorkai is nominated for The World Goes On, a collection of 21 stories spanning from a Hungarian interpreter contemplating his state of mind while in Shanghai to a child labourer who wanders off from a quarry.

Also shortlisted is the Polish author Olga Tokarczuk’s Flights. Exploring the concept of travel and anatomy, Flights spans centuries, from the story of a 17th-century Dutch anatomist who dissected his own amputated leg, to a present-day Polish emigree returning to her home country to poison her terminally ill childhood sweetheart.

Another contender is Virginie Despentes, a French journalist, filmmaker and former sex worker. Her novel Vernon Subutex 1 follows a Parisian record store owner who becomes homeless and, unbeknown to him, internet famous. Judges described the book as a “racy, sexy, urban, picaresque”.

Spain’s Antonio Muñoz Molina, the author of more than a dozen novels, is nominated for Like a Falling Shadow, which explores the story of James Earl Ray, assassin of the American civil rights leader Martin Luther King Jr, and the 10 days he spent in Lisbon while attempting to evade the FBI.