By Will Worley for Independent 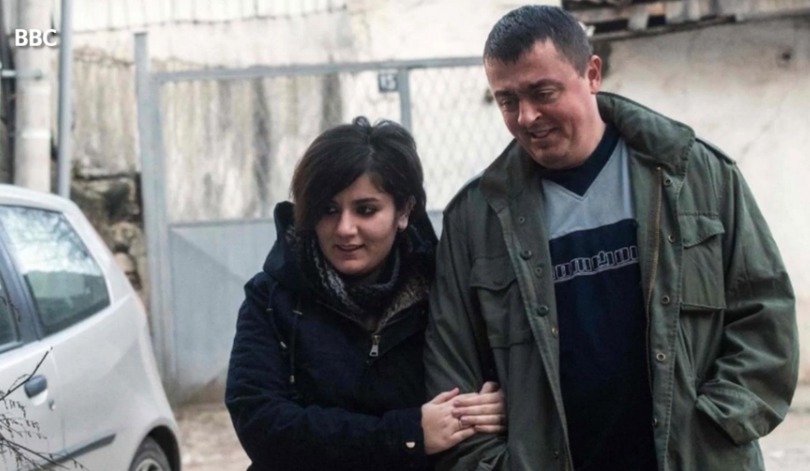 In a love story which delivers some optimism in the bitterness of the refugee crisis, an Iraqi refugee and a Macedonian border guard have told of how they found love on the European migrant trail.

Noora Arkavazi, 20, had fled Diyala, Iraq, with her family when she reached the muddy Macedonian border in March 2016.

She had a high fever and needed medical attention, and was directed by border security to an English speaking officer - Bobi Dodevski.

And it was love at first sight.

A female border guard colleague of Mr Dodevski’s even noticed how smitten he was with the young refugee, telling him that she had “stolen his brain” while he was working.

Ms Arkavazi was given care by the Red Cross and waited in the Tabanovce camp on the Serbian border with her family, who were trying to get to Germany.

She began working with the Red Cross – allowing Mr Dodevski to get to know her. The pair began spending more time in each other’s company.

Ms Arkavazi liked the way Mr Dodevski played with the children of the migrants, AFP reported, in contrast to the stern attitudes of many of his colleagues.

Macedonia took a hard-line against migrants during the crisis in 2016, and the country's security forces were known for their harsh handling of people trying to cross its borders. There were occasions when tear gas and other riot tactics were used against asylum seekers.

But Ms Arkavazi received more favourable treatment from Mr Dodevski, including being treated to food.

In April, the pair were in a restaurant when Mr Dodevski asked her to marry him – something he had to repeat 10 times to clarify it wasn’t a joke.

It was an unexpected move: Mr Dodevski is an Orthodox Christian and Ms Arkavazi is a Kurdish Muslim.

However, she relented and the couple were married in the northern town of Kumanovo in July.

Now, Ms Arkavazi has found a safe home – just not where she expected to.

She is living with Mr Dodevski in his home in the town and with his three children from other marriages.

And in a few months, they will be joined by another child: their own.