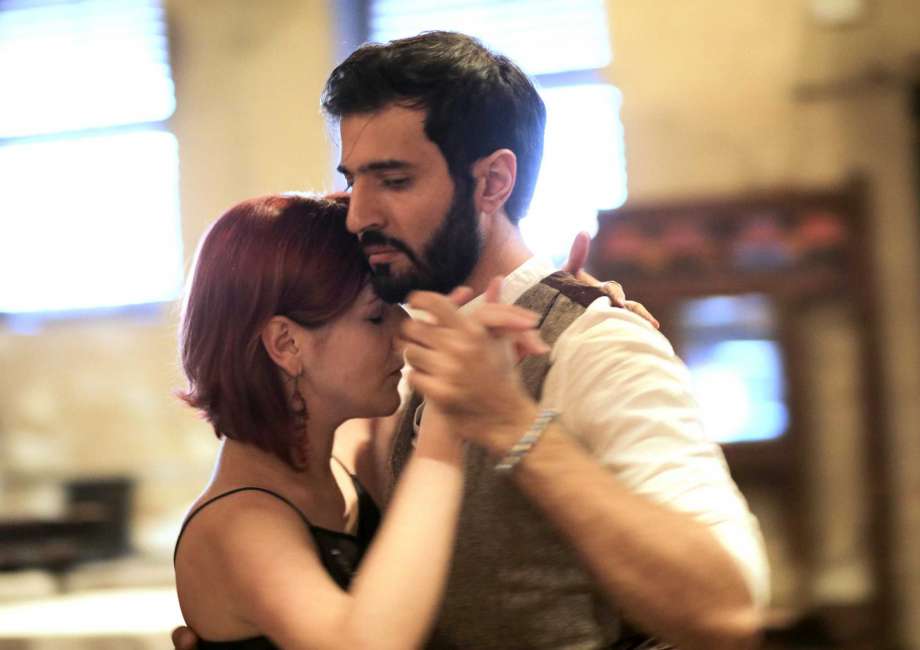 When Ahmed Abdulmajeed takes to the dance floor for a fundraiser Thursday at the Nouveau Antique Art Bar in Houston, the joyous music he will hear will be a far cry from the ominous sounds he experienced growing up in his native Iraq.

You’d hear a loud noise and you wonder is it a bomb?” said the 34-year-old Abdulmajeed. “Is it a bullet? You just get used to the noise, and I never thought twice about it.”

While a chief resident in cardiology in Baghdad, Abdulmajeed started getting death threats. At one point he was almost kidnapped.

Iraqi refugee Ahmed Abdulmajeed talks about learning to dance tango at Nouveau Antique Art Bar in Houston, where area tango dancers will be hosting a tango fundraiser for refugee children services on Thursday, May 17, 2018.

Abdulmajeed has come a long way, from those days in a war-torn Iraq to being among a group of tango dancers hosting the fundraiser on Thursday benefiting the Partnership for the Advancement & Immersion of Refuge

The nonprofit offers services for refugee children in the U.S. For Abdulmajeed, the event is decidedly personal.

For his family’s safety, he left Iraq and took refuge in Jordan in December 2010. There he worked part time as a doctor and also served as a hiking guide. One night he went to a salsa class on a dare from a friend.

He looked up salsa dancing on YouTube and thought there’s no way he could move like that. Still, he agreed to go.

After the class, Abdulmajeed told his friend he didn’t like it, got his free dinner, then signed up for lessons the next day.

After living in Jordan for two years, he was accepted into the U.S. on a refugee resettlement visa. Tens of thousands of Iraqi refugees have resettled in the U.S. since 2006, with many in the Houston area.

Tears welled up in his eyes as Abdulmajeed recalls getting off the plane in Chicago on June 20, 2012, his first stop on U.S. soil before settling in Detroit.

“The border agent looked at me, looked at my paperwork, then back at me and said, ‘Welcome home son.’”

It was at that moment he felt relief. “As a refugee, without even knowing it, you feel like you are always carrying your home on your back,” he said. “At that moment I realized what a weight I had been carrying.”