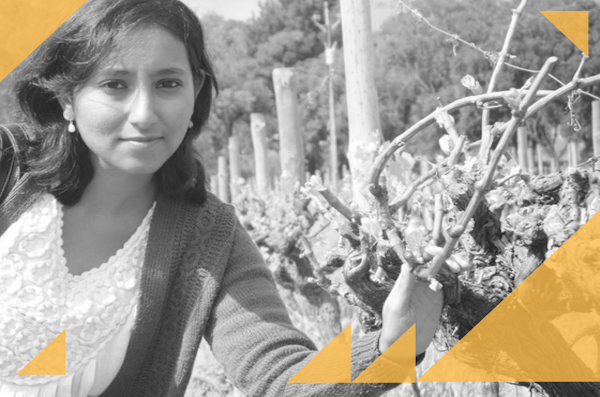 Sahiyo is a transnational collective working to end Female Genital Cutting (also known as khatna, khafz, sunnath, female circumcision or FGM) among the Dawoodi Bohras and other Asian communities and their diaspora around the world. SheThePeople Ideas Editor Kiran Manral spoke with Aarefa Johari, a Mumbai based journalist, who is one of the co-founders of Sahiyo.

Sahiyo’s work is focused on education, dialogue and community engagement, through storytelling and other outreach programmes. They have been working with the community for the past three years and have also conducted the first survey of Dawoodi Bohra women (an exploratory online survey) which found that 80% of the respondents had been subjected to khatna and 81% wanted the practice to end. “Sahiyo” means female friends in Bohra Gujarati.

In the wake of the plea presented to the Supreme Court on Friday by 69,000 Dawoodi Bohra women who declared that khatna be considered circumcision and not female genital mutilation, we asked her about this divide within the community and why there is a resistance towards the abolition of khatna.

Given you’ve been a vocal advocate for the abolition of khatna, what is your take on the plea in the Supreme Court claiming khatna is circumcision not genital mutilation?

The act of cutting (or slicing or nicking) the clitoral hood can be labelled as khatna, khafz, circumsicion or FGM, and we can debate what name to call it, but it does not change the nature of the act. The fact remains that cutting off a part or all of the clitoral hood (of an unconsenting minor girl) is an unnecessary, non-medical and potentially harmful practice that can and has had short-term and long-term consequences for women. The negative consequences could be physical, emotional, psychological or sexual. We have come across far too many women who have experienced these negative consequences, even as we know many women who have faced no negative impact of khatna. So the claim that khatna and FGM are two different practices does not stand.

The negative consequences could be physical, emotional, psychological or sexual.

That said, we at Sahiyo completely understand and appreciate the fact that many women and communities dislike the word “mutilation”. It is definitely a judgemental, value-laden term that seems to imply that communities and parents who cut their girls are doing it out of some malicious intention, which is not true. Khatna is an ancient social norm, much like many other discriminatory, harmful or unnecessary social norms in various communities (menstrual taboos would be another example). While we do need a law and community education to end khatna, it is important for governments and Courts to treat khatna as a social norm that needs to end, rather than a barbaric act whose practitioners should be persecuted.

The Bohras and other communities who practice khatna see it as something they have done for centuries as a rite of passage, so of course it is not likely to change overnight.

Why is there so much resistance to the abolition of khatna amongst the women themselves?

Communities tend to be resistant to change when it comes to age-old norms and traditions, particularly if these norms are associated with religion. The Bohras and other communities who practice khatna see it as something they have done for centuries as a rite of passage, so of course it is not likely to change overnight. Besides, khatna has been a secretive practice, a taboo topic that was not discussed publicly for years, so most people did not know that it had been having a harmful impact for so many women over the years. This topic has only recently come into the realm of public debate within the community, and right now, there are women who have not had a negative experience with khatna who don’t quite believe the stories of the women who have had negative experiences. So there is a sense that these are just stray cases of khatna gone wrong, done badly, and that the problem can be fixed if khatna is medicalised and done in a sterilised, medical setting by a medical practitioner. But medicalisation of an inherently non-medical practice is not the answer (neither can it guarantee that there will be no negative consequences).

Is there an age-wise divide you see in the responses to the abolition of khatna?

We will need more long-term research observing trends in khatna abandonment before we can answer questions like that  However, anecdotally, it does seem like more and more young parents are approaching us and telling us that they do not plan to cut their daughters. So there is a definite trend of abandonment.

There are physical as well as emotional manifestations of this practice that women suffer through their lives. How is the younger generation of the community responding to the call for abolition?

As I said, we constantly meet young people who want to join the movement and who pledge not to cut their daughters in the future.

Among the Bohras, there is a very deep fear of being excommunicated or socially boycotted, because this has happened in the community in the past when people have voiced dissent about various issues.

We have been trying to speak with members of the community about this, and are coming up against a wall. Why is there so much reluctance to even voice an opinion you think?