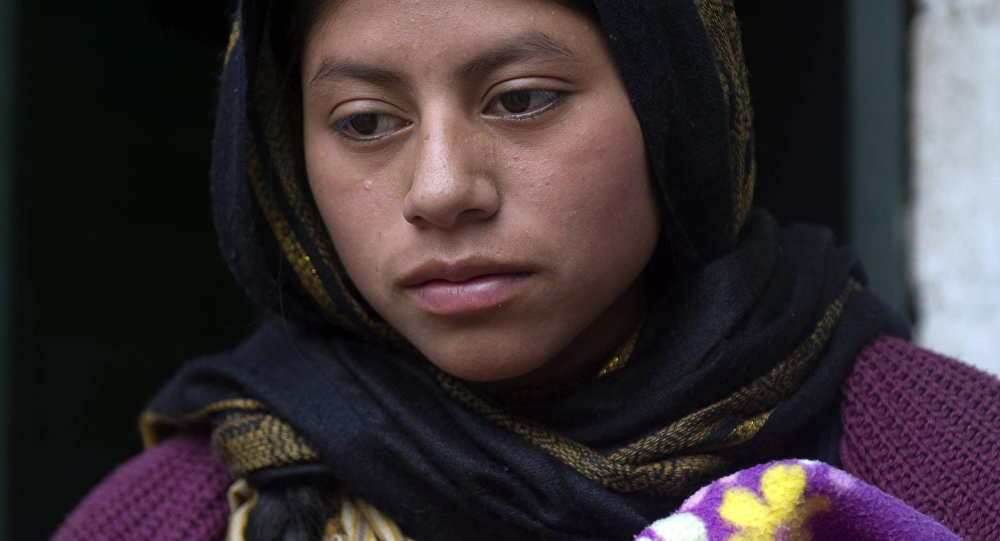 The history of Islam in Chiapas is linked, oddly enough, to the 1994 Zapatista uprising. Shortly after the rebellion, a group of Spanish preachers suggested converting the rebels to Islam to Subcomandante Marcos, the main ideologist of the group. However, the Zapatista leader refused to meet with the preachers from Spain and hence they started converting local people on their own.

A Muslim indigenous woman walks at a mosque in the outskirts of San Cristobal de Las Casas, Chiapas state, Mexico

Over time, the local Muslims separated into four groups. Among the members of the Chiapas Muslim community, the majority consists of Maya and Tzotzil peoples.

A Muslim indigenous woman prays at a mosque in the outskirts of San Cristobal de Las Casas, Chiapas state, Mexico

According to the last census of the National Institute of Statistics and Geography (INEGI), in 2010 there were 3,760 Muslims in the country, 110 of whom lived in Chiapas.

However, these data may be considered obsolete. According to some Muslim groups, there are currently around 12,000 Muslims in Mexico. However, these figures are pending confirmation.

One of the Muslim groups with a large presence in the state of Chiapas is the Ahmadiyya Muslim community. Ibrahim Chechev, an imam from San Cristóbal, told Sputnik of the community’s origin and prospects.

Today the Ahmadiyya community is made up of 60 families and this number is increasing.

Many indigenous people are looking for a true guide. They find it in our community and get it through the teachings of Islam

According to Chechev, the majority of Muslims in San Cristóbal de las Casas, which is the community center, are of indigenous origin.

Several groups converted to Islam in 1995. Many people were part of the EZLN (Zapatista Army of National Liberation), Chechev said.

Once they were converted to Islam, all kinds of fighting were left aside. So, the Muslim community is free of any armed group

"Now there we don’t have much contact with the EZLN. The Ahmadiyya Muslim community has no prejudice against anyone, much less with the Zapatista Army of National Liberation," Chechev said.

According to Chechev, of San Cristóbal’s four Muslim groups, two are Sufis, one is Wahhabi and the other is the Ahmadiyya community.

The Ahmadiyya community of San Cristóbal de las Casas has a very close relationship with both the municipal and the state government, as well as with the federal government. Moreover, the group tries to take part in social life.

The Ahmadiyya Muslims cooperate with the Humanity First organization. As part of this cooperation, members of the group have helped many women prevent a range of diseases, in particular, cervical and breast cancer.

Among other things, the group helped alleviate the consequences of earthquakes in Mexico in 2017. Muslims were helping people who were left homeless.

"Being Muslims and San Cristóbal’s citizens, we don’t have any kind of misunderstanding or any other issues. On the contrary, we’re strengthening maintaining ties with other religions," Chechev said.

We’re always in favor of peace and union, regardless of the type of religion that is professed. We respect, love and follow our Christian brothers no matter if they are Evangelicals, Catholics or anyone else.

"The members of the community have a good and close relationship both in the environment of their mosque and with the society in general," the imam added.

According to Chechev, the Ahmadiyya Muslim community is totally against terrorism and those who tarnish the name of Islam.

He explained that the root of the word "Islam" is Arabic for "peace," while the word "Muslim" could be translated as "the one who obeys the will of Allah." Therefore, members of the community must, in a positive way, "teach people the true message of Islam," Chechev explained.