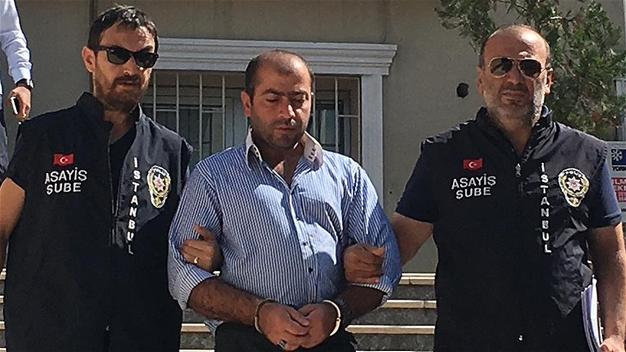 An Istanbul court has issued another arrest warrant for the man who assaulted a woman on an Istanbul public bus in September, a day after prosecutors objected to his release pending trial during the first court hearing on Oct. 26.

Meanwhile, in a new interview before the latest arrest warrant against the suspect, Abdullah Çakıroğlu, the victim of the widely covered kicking assault, Ayşegül Terzi, said she felt “imprisoned inside home” while Çakıroğlu “remains on the streets.”

Speaking to daily Posta on Oct. 28, Terzi said she could not leave her house without her father since the attack.

“I feel myself kicked into a prison. That man, on the other hand, is on streets,” she said.

Terzi was kicked in the face by Çakıroğlu for wearing shorts on a public bus in Istanbul on Sept. 12. Çakıroğlu said he committed the action because he did not find Terzi’s outfit “appropriate.”

Injured after the assault, Terzi filed criminal complaints against the Çakıroğlu and he was briefly arrested before a court ruled to release him. Upon public outrage over his release, he was re-arrested and stood in the dock for his initial hearing that took place at an Istanbul court on Oct. 26.

Before being released by the court after his first hearing, Çakıroğlu testified that his kick came “impulsively” and he blamed his epilepsy illness.

Terzi said she did not believe the suspect was mentally ill.

“If he is ill, then his place is hospital. If he is mentally healthy, then he belongs in jail,” she added.

Stating she was a “very strong woman” before the incident happened, Terzi said she now feels “weak and insignificant.”

“He threw that kick onto my neck to kill me. Later he said ‘why didn’t she die?’” she said, adding that she was now considering moving away from Istanbul, where she will not be able to “find peace in this city as long as he is outside.”

Terzi said she had received many positive and negative messages after the attack, but the most hurtful one came from a woman who said “I wish he had raped you.”

“Why would a woman say such a thing to another woman?” said Terzi, urging everybody to speak up otherwise “this country will become a hell for women.”