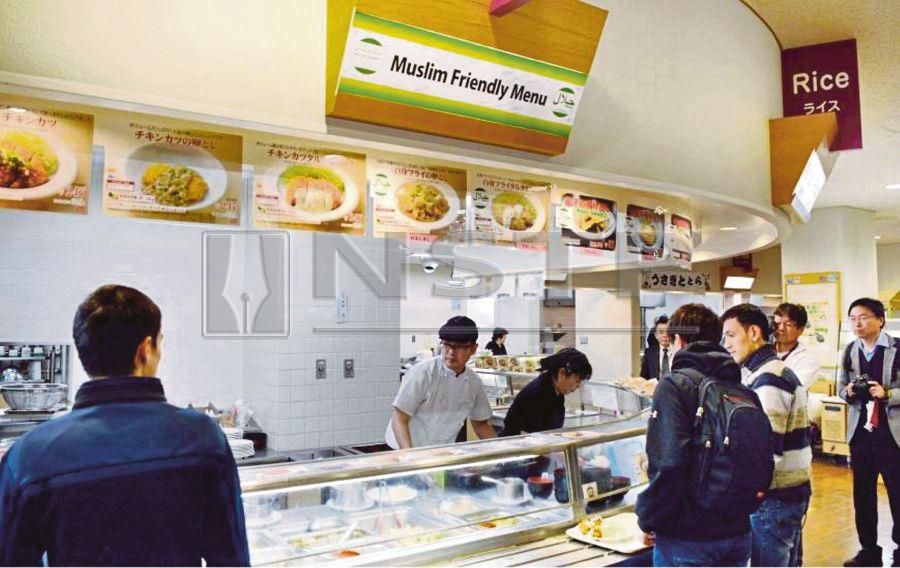 TOKYO: A Strong influx of Muslim travellers is fuelling a boom in halal restaurants and syariah-compliant hotels in Japan, potentially a big market for Malaysian halal products.

To cater for Muslim needs, some Japanese have set up syariah-friendly hotels, including one at the foot of Mount Fuji.

And last month, Japan held its first-ever fashion show for Muslim women. The show was held in conjunction with the Halal Expo Japan in Tokyo. Around 10 brands, mainly from Singapore, displayed their creations at the show.

Thanks to social media and the advent of low-cost air travel out of Southeast Asia, Japan is wooing a record number of Muslim travellers. In 2017, nearly 360,000 Indonesian tourists visited Japan, up from just 80,000 in 2010.

The halal hotels in Japan mark the direction of the Kiblat in each room. All the meals are Japanese-style cuisine prepared in a certified halal kitchen, and the hotel is alcohol-free.

Japan’s tourist sector is riding on the boom of the global Muslim travel market, which has seen a massive change in the past 10 years.

The World Tourism Organisation has said Asia was the second-most visited world market in 2017, after Europe. The main drivers: the prevalence of mobile technology and Internet access across Asia, and millennials.

There is also a lot more female Muslims exploring on their own.

Social media is spurring millennial Muslims’ interest in travel. And with the introduction of budget airlines, Southeast Asians are increasingly inspired to travel to places that have become more friendly and accessible to them.

Mobile apps, such as Halal Trip, also allow travellers to find out the direction of the Kiblat from anywhere in the world, check solat times or locate the nearest halal restaurants.

Indonesia comes third in expenditure by Muslim travellers, at US$7.5 billion and growing, with Malaysia spending about half that.

Outbound travellers from Asia, particularly from Malaysia and Indonesia, are set to spend more than those from Europe within the next two years.

The fast-growing segment of younger Muslim travellers from Southeast Asia is heading to destinations like Japan and South Korea.

Japan itself is seeing a surge in overall foreign tourist arrivals, which could hit a record 31 million in 2018, up sharply from just 6.2 million in 2011 due to the 2011 Great East Japan Earthquake and tsunami.

The Japanese government expects the number of tourist arrivals will hit 40 million in 2020, when the Tokyo Olympics is held.

The Olympics itself is offering a huge potential for Malaysian halal companies and halal certification bodies.

In Shinjuku here, MHC Co. Ltd, a company run by a Malaysian, is authorised to issue Japan halal standard to Japanese restaurants and food manufacturers.