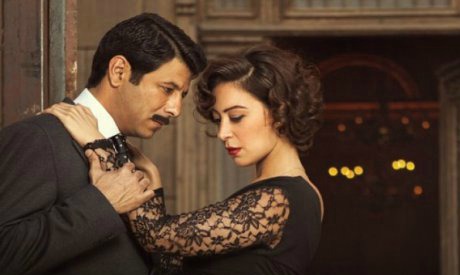 The TV drama’s director Mohamed Gamal El-Adl expressed his happiness with the awards the series has garnered since its premiere screening in June 2015.

Written by screenwriter Medhat Al-Adl, the series, which aired during Ramadan 2015, traces how particular events in modern Egyptian history -- namely the 23 July Revolution and the 1956 War -- affected the everyday lives of Egyptian Jews.

At its core, it is the story of a Jewish girl (Menna Shalaby) who falls in love with a Muslim (Eyad Nassar), a love story that becomes impossible due to the changing political environment in Egypt in the 1950s.

Upon its release, the series sparked controversy with the Israeli embassy in Egypt celebrating it via its official Facebook page. A few days later, the embassy took back its praise, writing that “the series is starting to adopt a negative approach in its views about Israel as a nation, depicting it as a monster who wants to destroy everybody.”

Speaking to Ahram Online's Dina Ezzat in June 2015, Albert Jacques Arie, an Egyptian Jew who arrived to Egypt’s Haret Al-Yahoud when he was a teen, criticised the series, saying that it was "unfaithful to the truth" and did not accurately depict "what the Jews who lived there looked like or dressed like.”

“It was my first time ever to be there and I was so struck by the images of poverty; poverty was all over, the people were poor and the houses were poor. They were certainly so far removed from the images that we are being offered in this Ramadan’s soap opera.”