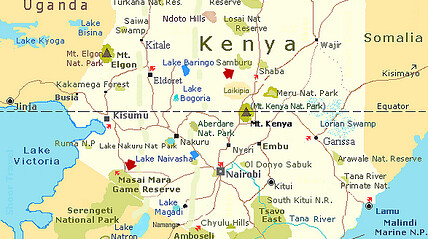 Kenya’s most senior military woman, Brigadier Fatuma Ahmed, has become Major General, becoming not only the first Muslim woman but also the first woman to occupy the rank in Kenya’s history.

Ahmed was also the first woman in Kenya’s military to attain the rank of Brigadier in August 2015.

At a swearing-in ceremony of new Kenya Defense Forces (KDF) top commanders at State House, Nairobi, Uhuru Kenyatta, told Ahmed she was a role model to many women in Kenya.

“Major General, let me begin by saying that it is my pride and joy today to witness the unveiling of the first Kenyan woman as a major general in the history of our country,” he said.

“I am looking to you and counting on you to be a positive role model for other women in this Republic and to show and to prove to them that there is no limit for Kenyan women and that everything is possible.”

Maj General Fatuma Ahmed thanked the President for the opportunity saying it is an honour to all women in the country. “I am very happy with this new appointment because it shows that the President values the contribution of women to the development of our great nation,” Ahmed said.

The President also announced that she will be the new Assistant Chief of the Defense Forces in charge of personnel and logistics.