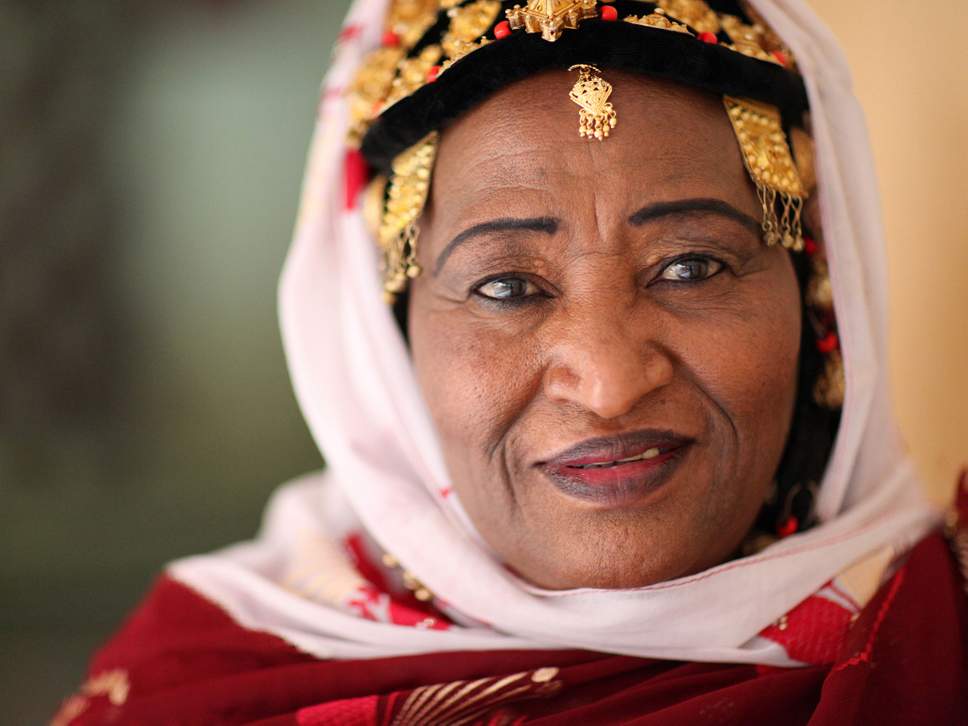 Khaira Arby, the “queen of song” in Timbuktu, Mali, and “Diva of the desert”, used her immense voice to highlight the injustices facing girls and women in a conservative Muslim culture – injustices such as FGM.

When she was 16, Arby, who has died aged 58, was forced into a marriage by her father expressly to thwart her musical ambition.

But not even the controlling husband that landed her with and her responsibilities as a mother were enough to diminish that.

As she embarked on her first tour of the US in 2010 – to promote her album, Timbuktu Tarab(“My land, Timbuktu”) – critic Banning Eyre promised Arby would be “giving Americans their first glimpses of a desert rose. But as they’ll discover, that rose has both a beautiful crimson flower and razor-sharp thorns.”

Indeed, if she was the “Nightingale of Timbuktu” as she was called, that nightingale had teeth. America’s NPR praised her “stunning vocal chops”.

She sought, in her music, to unify the multicultural society she was from but shied from being saccharine.

Arby was born in Abaradjou, a village in the Sahara Desert, to a Muslim Songhai and Tuareg family. She made her performing debut at 11.

Arby’s relative through marriage, Grammy-award winning guitarist Ali Farka Toure, provided pivotal encouragement. He helped finance her band and booked her as a guest artist for his own concerts. Arby released her first album. Moulaye, in the nineties. Her music reflected the diversity of her country. A French speaker, she sang in Arabic, Bambara, Tamasheq and Songhai.