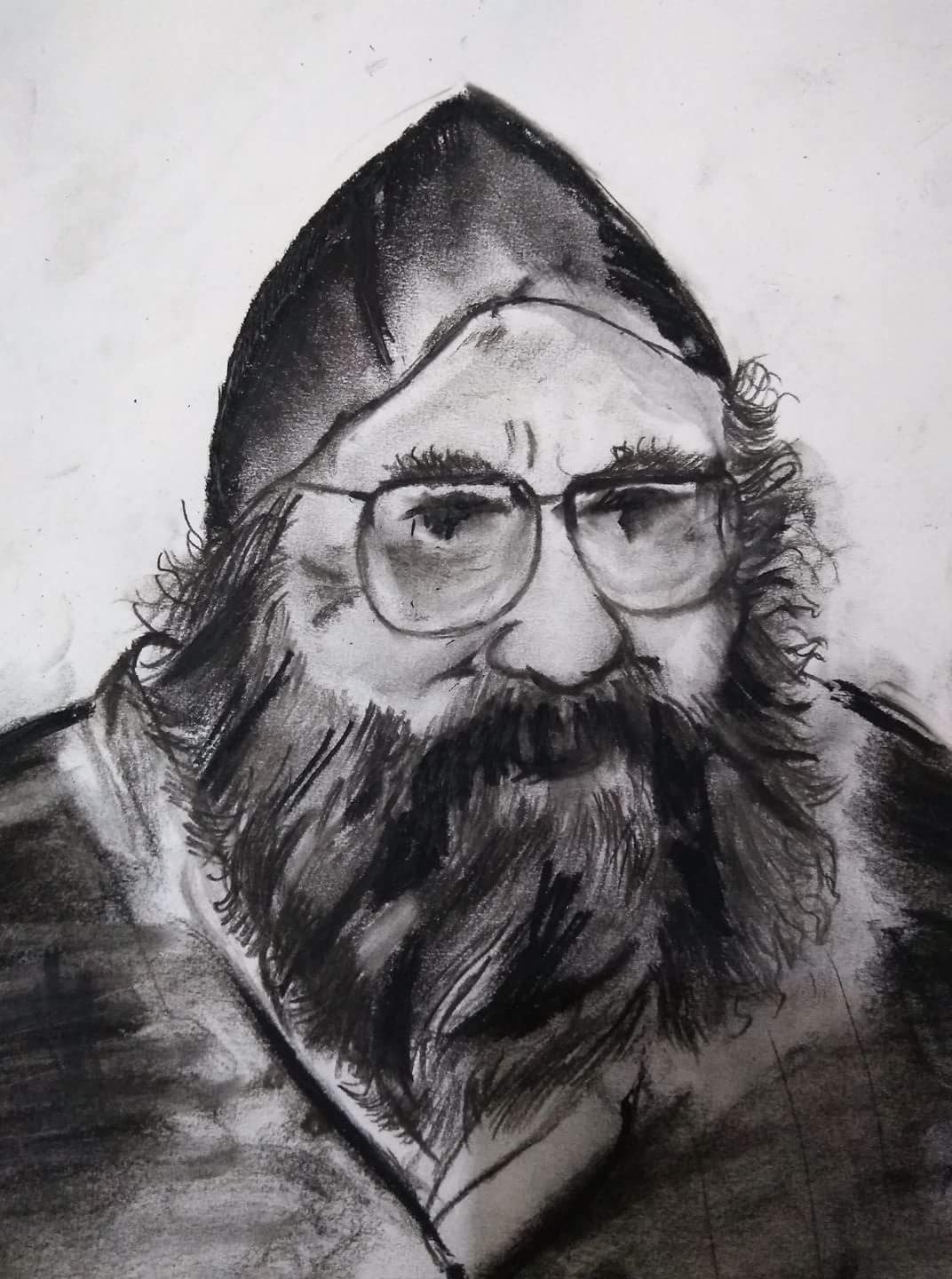 As a kid, I used to be alone at home a lot since both my parents went to work. I used to explore my home, scan the cupboards, and inspect everything closely. I was new to the world so everything seemed like a spectacle. Our little three-room railway quarter was like a fortress to me. I used to admire this bookshelf beside my father's study desk a lot. Reading alphabets and forming words were new to me too, so I used to keep reading the titles of the book, wondering what they meant. There was this thin book in the lot titled 'Train to Pakistan’. It was the only unusual title in the bookshelf, as all the other books were about engineering, construction - mostly non-fiction. Even though I was very young, the word Pakistan was still something that rang a bell - something that we knew we couldn't associate to love or claim as a part of our own. Something we definitely couldn't talk about much, unless it was ‘Pakistan’ and the word ‘war’ in the same sentence. I am going to put this as unconcealed as possible, as kids in schools, by teachers or at home, we were never particularly made aware that there were actually children like me on the other side who would wait for their mothers to iron their uniforms and prepare their tiffin box in the morning before school. That there were actually children, mothers, people who lived on the other side. I was sure till a point in time when I couldn't think any better that Pakistan was just angry, hungry brutish men in green. Pakistan was more like this one-uniform monster every part of whom had one aim, that of destruction and who deserved just one sentiment, that of hatred. Much like in our TV dramas where everything was just black and white for us, grey was just a pastel color we never really used even while painting. I think they don't teach us to use grey even in our art classes is because grey gives you horizon, scope to wander, change, understand, and contemplate. Mere Pride and Prejudice are the bright colours they fix everywhere to shine out loud, colours that don't soothe your eyes. Colours that always shout and never sing a cry or a lullaby. Grey is like hustle, it teaches you, you brave it and you discover there are hues and shades and new colors which are more fulfilling than mere saffron or green.

A few years passed, until one day when I finally took the book out and started reading it. I must have been 11 at the time - too young to read such a book. But probably not. That is debatable, but through blood, gore, sex and reality of intricate human emotions and mad rage, that book took me into the grey of the world around me - one that I didn't knew existed. The book wasn't political, time and again I struggled finding what I had read or was taught in the schools or on the television. It was the human dimension of the book that made me believe that only by the virtue of coloring yourself in a certain shiny color one cannot not be good or bad, all humans can be deplorable, and anyone could be one of us. I realized it wasn't the geographical or religious inclination by which I related to people or rooted for them: It was their situations, their responses, the way they loved, the way they spoke and their characteristics. That was the first time I found this rare shade of grey called perspective. I started posing some difficult questions to my parents and my mother reaffirmed my new-found faith that how we're actually exactly the same people. I realised there was more to the world if you were willing to read and explore the greys.

From what I have read, Khushwant Singh was an unusual man to say the least: His wit was unmatched, he knew how to laugh at himself and he did not know when to shut up. Brave, bold, stupid - that's how he can be best described. Figure this: He went and pleaded for the release of 93,000 prisoners of war to Indira Gandhi, the prime minister of India at the time, saying it was morally wrong to hold them. She snubbed him by saying "thanks for the lecture on morality" but he was undeterred and kept advocating for their release despite being called an unpaid agent of Pakistan. His daughter Maya Dalal fondly recalls this. Some remains of him were sent to Hadali, Pakistan, where he was born. His remains were mixed with cement and placed behind the marble plaque so he could rest where his roots were. Maya recalls how the entire village welcomed her with warmth and hospitality because of the affection her father commanded in Pakistan. Sometimes I wonder what would his commentary be about the state of affairs today in both countries and it always brings a smile to my face. I miss reading his column. His writing prowess was unmatched and he knew how to find a way to walk with the reader. ‘Delhi: A novel’ is probably the most profound piece of writing by him, capturing a thousand years’ worth of history of a city, capturing the spirit of it and making it come alive in a manner that the city starts talking to you after a while. You will find yourself seeing the same places in Delhi in a whole different light. You stand in Hudson lane and start wondering how those refugee camps would have disappeared to give room to these high-end cafes blaring with loud music. You cannot help but wonder how its glory was stolen by Rasina Hill. The way he wrote from the perspective of Mir is so poetic and heartfelt that one would find themselves going back reading the same chapter time and again. Only for his portrayal of the characters in the book he deserves the highest position in literary circles.

By reading ‘Khushwantnama’ which he wrote at 98, you would get an idea of how old age changed him. He confessed that he no longer like the company of people as he used to - not even women. This somehow makes you really sad. How he keeps staring at the one-foot high lamp with a wax lit diya inside for solace and peace of mind. He spoke about charity, Urdu and retirement. They say he spent his last days reading poetry and he never stopped writing. His love for writing can be seen from the volume of his work, the vast topics he wrote about, from the portrait of a serial killer Raman Raghav to the portrait of his grandmother and translations of urdu shayari. His writing had all the colors of the world. In my mind and as claimed by him in a chapter of Delhi, Khushwant Singh lived by the one couplet of Ghalib:

(For the sins I could but didn't commit, I must get accolades

If, O creator, there is punishment for the sins I did commit)

I'll leave you with an excerpt of his comment on hate and religion as recalled by Ramachandra Guha in his essay 'Remembering a simple-minded Sardarji' which is impeccably relevant in these current times and which I find myself reading a lot:

"Distort your facts, inject a dollop of pride in your own race and religion, prejudice and contempt for that of others and you have witches’ brew of hate which can easily be brought to boil’.  ‘It is both historically and morally unfair to cater to chauvinistic pride and prejudice. If you brainwash the younger generation with this venomous mixture of distorted fact, fancy and specious argument, you will forever be the real authors of communal discord. You will be the real perpetrator of what has happened in recent weeks in many cities and towns of Gujarat — the murder of the spirit of Gandhi. If we fail to make ourselves into one nation, you will be the authors of that failure."