Saladin, a Kurd originally from the northeast of Kurdistan, established an empire extending from Egypt to the northwest of the Kurdistan Diyarbech/Dirabekir region, to North Africa and Yemen. Thomas Asbridge writes: “Saladin came to this volatile, lethal environment as an isolated outsider – a Sunni Kurd in a Shia world – backed by limited military and financial resources. Few can have expected him to prevail.”

A Jewish intellectual and philosopher, contemporary to Saladin, Maimonides (Moses ben Maimon or Rabbi Moses ben Maimon) was the Saladin court physician. Also, the archbishop of Tyre, known as the historian William of Tyr, knew Saladin as an adversary from the theater of war. Both men admired Saladin for his intellect, leadership, generosity, and tolerance. Saladin’s own court historian, Baha’ al-Din Ibn Shaddad, after Saladin’s death, said: “Never since the time of first khalifs had Islam suffered such a blow.” Later generations of admiring philosophers, literary artists and historians, just to name a few, included: 13th century (1200 +) Viennese chronicler and poet, Jans der Enikel, author of world history; Dante Alighieri (1265 – 1321); Giovanni Boccaccio (1313–1375); the leading French Enlightenment writer and philosopher Voltaire (1694 –1778); German writer Gotthold Ephraim Lessing (1729 – 1781); the English romantic era writer, Sir Walter Scott (1771–1832); Charles J.  Rosebault, whose 1930 book, entitled “Saladin, prince of chivalry,” perfectly summarized the qualities of character distinguishing Saladin. The English historian, essayist Alfred Duggan, brought another perspective to the understanding of Saladin in his explorations of his relation and confrontations with legendary English King, Richard Lionheart (2016). Karen Armstrong, a former Catholic nun and Professor of religion, brings a very sober interpretation of Jewish, Christian, and Muslim relations during Saladin’s reign in her book “Jerusalem: One City, Three Faiths” (2011). The author of a 2015 biography of Saladin, John Man, described him thus: “It was Saladin’s virtues – his generosity, his magnanimity – that captured the European imagination more than his fighting skills.”

However, in the Middle East, those values of Saladin are almost totally ignored. Pan-Arabists like Bashar Essad and Saddam Hussein, along with other nationalist leaders and Islamic fundamentalists across the greater Middle East, have been rather abusive of Saladin’s name by representing him as an Anti-Christian, anti-West and anti-Semitic. Many Kurds who are mostly dependent on the Persian, Arabic, and Turkish languages for their knowledge feel strongly to dissociate themselves from Saladin because of that misrepresentation. Therefore, it is important to know who Saladin was, what he represented, and what we can learn from his accomplishments, leadership, exemplary policies of co-existence, and tolerance for diversity, also which represent true Kurdish culture and tradition.

Crusaders of the Saladin era represented almost all of the European military powers from England, France, Italy, Germany, Austria, and most others. Yes, Saladin defeated their combined forces, but this wasn’t his most important accomplishment, as we will see. When Europeans encountered Saladin, they were astonished by his quality, magnanimity, hospitality, generosity, and intellect. They hadn’t previously encountered any such Muslim rulers. The Muslim Sultans before him were mostly Arab or Turk, but Saladin was a Kurd from the heart of Kurdistan. Neither had the Europeans met any Christian Crusader king like him before. At the time, the critical focus was on religious identity and knowledge about different ethnic groups was limited or considered irrelevant. For example, Muslims called all Europeans “Franks” and Europeans called all Muslims “Saracens.” Saladin’s Kurdish background did not become part of his story until around 1700. For example, for Voltaire, Saladin was “from the little province of the Curdes, who have been always a warlike and independent nation.”[iv] Until 1800 some Europeans spelled “Kurds” with “C.” Yes, Kurds were warriors but not warlike because they always had to defend their country and their independence strongly against foreign invaders. Throughout history, Kurdistan has been subject to major power aggression, and Kurds had to defend themselves. Therefore, many historians, from Xenophon (circa 370 B.C.) onward have mostly encountered the Kurds during wars, accounting for why Kurds have been portrayed as warlike people. For example, throughout the 20th century until today, Kurds have been at war with regional countries, and by extension with big powers, simply because they cannot accept foreign occupation of their country and denial of their very existential rights. As Voltaire stated, throughout history, Kurds were always an “independent nation,” and this remained true even until almost a century after Voltaire.

When it comes to Jews, Saladin had a very special place for them. First, he provided refuge to that famous Jewish scholar, Maimonides, from notorious discrimination and persecution in Muslim Spain, and who escaped to North Africa to become a distinguished leader of the Jewish community in Egypt, as appointed by the Sultan Saladin. According to Maimonides’ biographer, Abraham Joshua Heschel, “Maimonides’s position at court was of utmost importance for the Jews of Egypt.”[v] Jews gained prestige and respect. Their Jewish culture flourished. Maimonides and other Jewish intellectuals produced some of their greatest work in Egypt and Israel during the Ayyubid period. 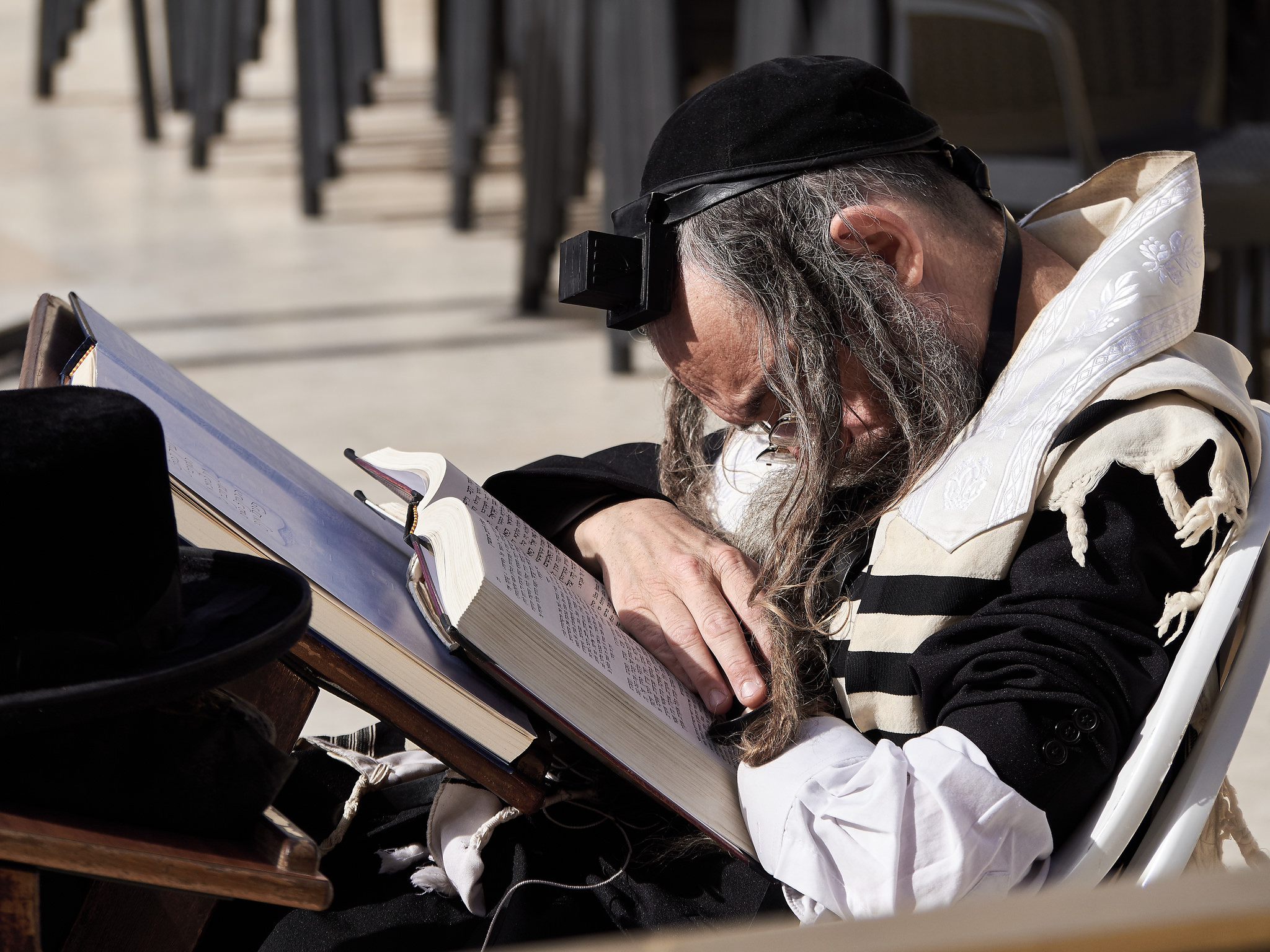 Joseph ibn Aknin, a Jewish physician and teacher from Aleppo, wrote to Maimonides to express his appreciation regarding this new political position:

“When I heard that God, the Almighty, had granted to the Jewish nation the bliss and dignity of this supreme distinction by the appointment of your high person, our master, the great teacher – may his fame be grand and his honor sublime – my joy and jubilation were very great, and I said: For the Lord will not turn away His people or abandon His property.”[vi]

Upon this appointment, the Sultan officially recognized Jewish political rights and leadership, the most important event after Saladin conquered Jerusalem in October 1187. The victor now had to show his greatness, generosity, and tolerance of diversity. Now, action would speak louder than words. Armstrong remarks: “Christians. After the Third Crusade, even Latin pilgrims from Europe would be permitted to come on pilgrimage to Jerusalem. Saladin also invited the Jews to come back to Jerusalem, from which the Crusaders had almost entirely excluded them. He was hailed throughout the Jewish world as a new Cyrus.”[vii] The comparison of Saladin to Cyrus shows the level of Jewish appreciation for Saladin. Along with the Prophet Noah, Cyrus is the only other non-Jewish person admired and revered in the Old Testament. “The Prophet Isaiah, in an unparalleled burst of admiration for a non-Jewish monarch, calls Cyrus both the ‘anointed’ and the ‘shepherd’ of God (Isaiah 45:1; 44:28).”[viii] Nothing could be a better representative than this of Saladin’s thinking or attitude about Jews and Jerusalem and the Jewish appreciation of him. Furthermore, his understanding of Judaism, Christianity, and Islam’s relation to the holy city was shown when he allowed Christian Pilgrims, too, to perform their religious duty of pilgrimage after defeating the Christian European forces. This approach of Saladin radically differentiated him from his predecessors in the east and west, among earlier Muslim and Christian victors, and from his Memluk and Ottoman Sultan successors. Before Saladin, the victors took all and punished the losing side severely.

Saladin and Christianity and the West 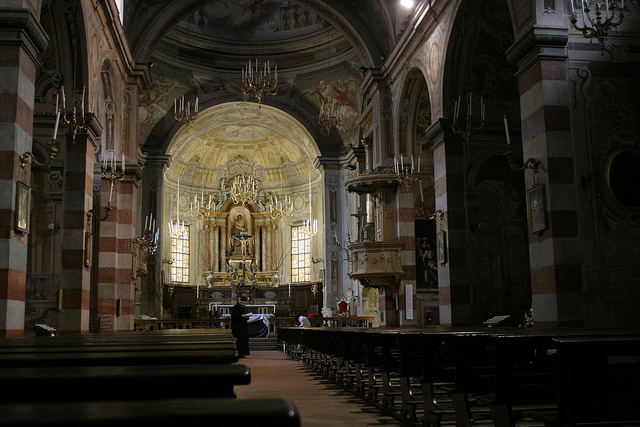 In western and Christian literature, Saladin is consistently portrayed as just, intelligent, generous to an extreme, and merciful to enemies even in the battlefield and to prisoners of war. His equal treatment of Christians, Jews, and Muslims and his tolerance are common themes from the Saladin era until today.

One of the most discussed subjects is Saladin and Richard Lionheart, King of England and the leader of Crusaders. It is clear that Saladin didn’t see the King of England as his equal; therefore, when Richard wanted to meet with the Kurdish Sultan, Saladin referred Richard to his brother Saphadin, who was the second in command of Saladin forces. There is no record or data that the Sultan ever killed any prisoner of war or unarmed men after conquering his enemies. In the battlefield, Sultan Saladin’s noble acts were exceptional. When his enemy Richard’s horse was killed in the battlefield, and he fell with his horse, Saladin sent him two horses as a gift. One of the battlefield witnesses, the historian Archbishop William of Tyre, “believed that the Ayyubid ruler posed a grave and immediate threat to the continued survival of Outremer, but nonetheless commended him as ‘a man wise in counsel, valiant in battle and generous beyond measure.’” Clearly, this is an exceptional remark, perhaps one of the greatest honours to be mentioned by one’s enemy in this way. There are not many kings in world history to be so admired by their adversaries.