West Africa’s new art destination is a sprawling megacity with a generation of artists, gallerists and collectors powering the scene. 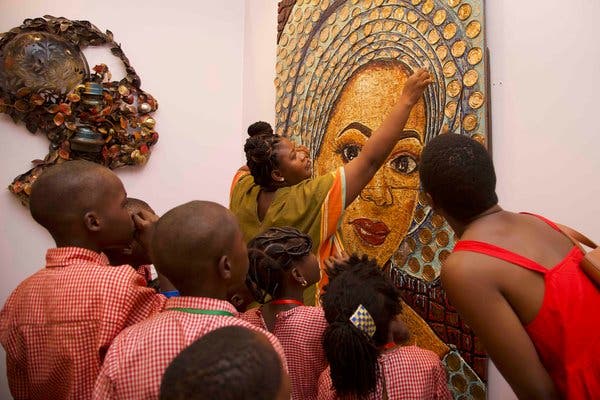 LAGOS, Nigeria — Cars snaked out from the hideous traffic and deposited the city’s elite, dressed to impress, at the Civic Center, a concrete-and-steel edifice fronting Lagos Lagoon. Women exuding Vogue beauty and power paused on the patio to give television interviews.

Art X Lagos was living up to its reputation as a happening. Not just collectors, but the hip, the curious, the Instagram crowd, thronged West Africa’s principal fair in November. They packed the venue to hear the keynote talk by the distinguished British-Nigerian artist Yinka Shonibare, back for the occasion. The Ooni of Ife, a Yoruba king, showed up, escorted by praise-singers. Conversations carried over from gallery openings around town and from the Art Summit, a two-day convening, where the celebrated painter Kehinde Wiley, flown in by the United States consulate, was a special guest.

This enormous city — with no official census, population estimates range from 13 million to 21 million — is dynamic by disposition. Yes, the roads are clogged, political corruption is rampant, and the power cuts trigger armies of generators spewing noxious fumes. But Lagosians — who are proud of their “hustle,” a mix of effort, imagination, and brash optimism — will turn any challenge into enterprise. Commerce, music, fashion, have long thrived amid the chaos. And now, with its solid collector base and thickening web of galleries and alternative spaces, the art “ecosystem” — the word everyone uses — is achieving critical mass.

Beginning in October, a succession of festivals — devoted to literature, poetry, photography, theater, fashion — cascade into the party-filled holidays. Art X, just three years old, is already a mainstay of this cultural season that has sprung up without any coordination. This fall it will overlap with the Lagos Biennial, a scrappy grass-roots affair that began in 2017. 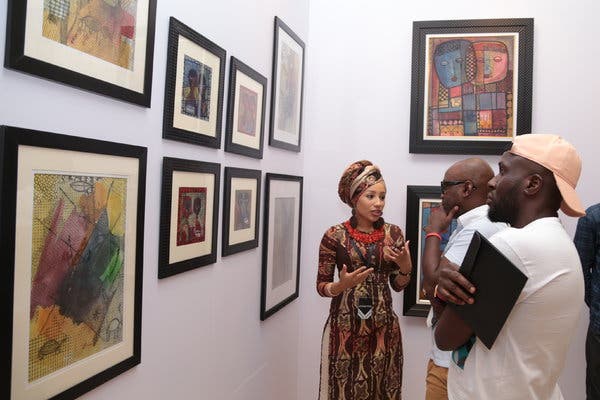 “The city still has that negative reputation,” admitted Tokini Peterside, the founder of Art X and one of the energetic arts entrepreneurs — predominantly women — powering the scene. “We hope to redeem some of that image by providing a good reason for people to come to Lagos. It may have challenges, but it’s a pretty exciting place.”

Nigeria has had art movements before — the Zaria Rebels, who unleashed Nigerian modern art in the late 1950s, or the Yoruba modernism of the Osogbo school, to say nothing of sculpture, textile and performance traditions.

Recently, Nigerian contemporary artists have found success abroad. Works by the painter Njideka Akunyili-Crosby, based in Los Angeles, have sold for upward of $3 million. The Berlin-based sound and installation artist Emeka Ogboh was a finalist for the Guggenheim Museum’s 2018 Hugo Boss Prize. 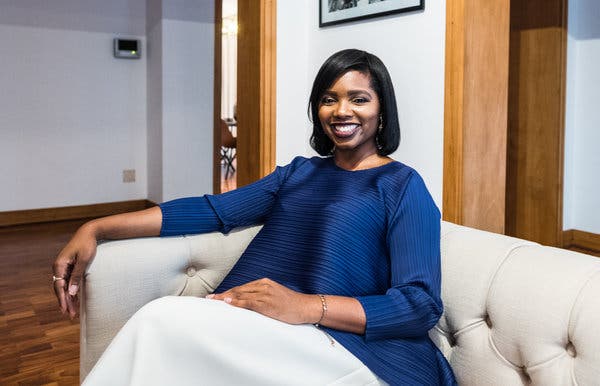 The Lagos scene, however, joins homegrown artists with those who lived or studied abroad but moved back, inspired to create amid the energy of the city. “You have more people who know they can actually survive as artists,” said Victor Ehikhamenor, a painter and sculptor who returned here from the United States in 2008, somewhat ahead of the curve.

Gerald Chukwuma, a Nigerian sculptor in his 40s, showed new work at the fair with the Ghana-based Gallery 1957, which has a Pan-African roster. His theme was Igbo Landing — the story of enslaved people from what is now Nigeria, who, upon disembarking from the Middle Passage in the Sea Islands of Georgia in 1803, walked back into the ocean in their chains rather than submit. Mr. Chukwuma said few Igbo in Nigeria know the story. “We have to retrieve this culture,” he said.

At the booth for Artyrama, a Lagos gallery, Ayobola Kekere-Ekunshowed paper and textile portraits of Yoruba goddesses as googly-eyed reality-TV stars. Oba, wife of Sango, was persuaded by her conniving co-wife, Osun, to cut off an ear as a show of devotion. “So much drama,” Ms. Kekere-Ekun said. “I found it interesting how Oba was willing to mutilate herself to hold onto her man.”

Art X is of comparable scale to the Africa-focused contemporary art fairs 1-54 (held in London, New York and Marrakesh) and AKAA, in Paris. But whereas those fairs address international collectors, Ms. Peterside, who holds an M.B.A. and is the daughter of a prominent banker, began the Lagos event as a cultural investment in the city and a business bet on Nigeria’s burgeoning collector class.