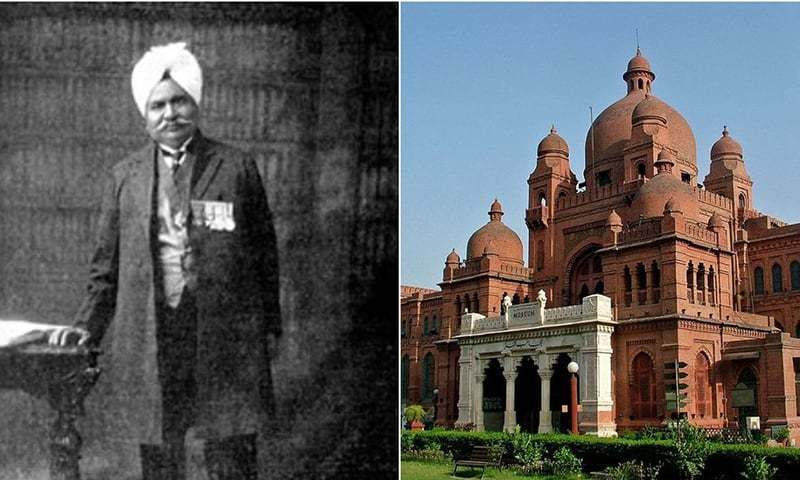 As I entered the samadhi of Sir Ganga Ram in Lahore, I took out my phone to photograph the small yellow, domed structure standing on one side of a vast enclosure.

I managed to sneak in a couple of photographs before a middle-aged man jumped up from his chair under the shade of a tree near the building, wagged his finger, and asked me to stop.

He was a government official posted here to look after the memorial where the ashes of the philanthropist who designed and built several of Lahore’s landmarks are interred.

Indeed, his tenure as the executive engineer of Lahore towards the end of the 19th century and beginning of the 20th century, is now referred to as the "Ganga Ram architectural period".

Traveling around Pakistan, I have become accustomed to the attitude of government officials at historical structures. I have often been barred from photographing these buildings.

Sometimes, the officials relent when I tell them I need the photographs for a journalistic assignment, but even that does not always work.

This official was adamant. He told me to go to the office of the Evacuee Trust Property Board, the department responsible for looking after the abandoned properties of non-Muslims in Pakistan, including temples and gurdwaras, and return with permission to take photographs. I did not do so as I already had a few pictures of the samadhi from one of my earlier visits.

But I continue to be baffled by the government’s policy of not allowing people to photograph some historical structures that it is in charge of.

An old man who lives in a hut behind the samadhi, within its enclosure, walked up to me and gave me a guided a tour. He told me how the entire enclosure had been encroached upon.

It had housed several refugees of Partition till the 1980s, when the government decided to take charge and renovate the structure. Only one house was permitted — that of the old man, as he was given the responsibility of guarding the building.

He told me how, in the name of renovation, a pool that was constructed along with the samadhi, was also filled with earth, becoming the courtyard upon which we now stood. The walls outside were painted, while marble was laid on the floor and on the building’s interior walls.

The samadhi stood at the centre of a hall. It was a little platform tiled with marble, one side of which bore a brief history of Ganga Ram, along with his photograph in which he wore a suit and a hat. He died in London in 1927.