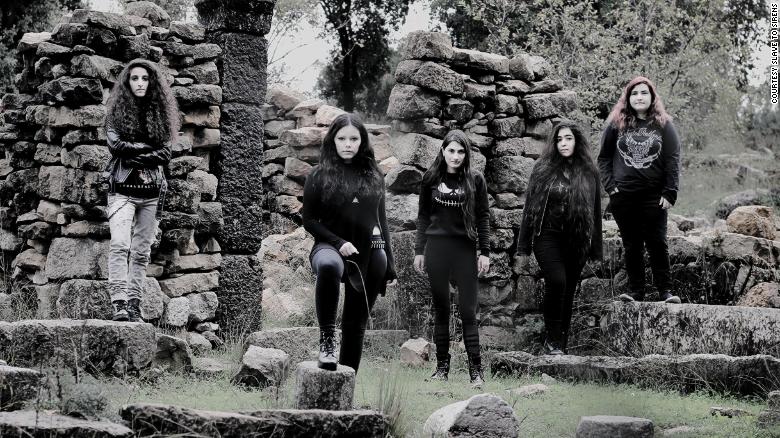 In Greek mythology, sirens use their enchanting voices to lure sailors to their death. In Lebanon, a group of modern-day sirens have decided not to sing sweetly like their namesakes. Instead they scream, growl and headbang -- but they, too, turn heads.

Slave to Sirens are defying gender norms as the first all-female metal band in the country, asserting their place not just in conservative Lebanese society but also in the male-dominated, global heavy metal scene.

The five-piece group, formed in 2016, fearlessly command stages that are usually monopolized by men. Their lyrics -- written in English to reach a wider audience -- express raw feelings and strong opinions on issues of social inequality, politics and freedom.

In the title track of the band's self-produced debut EP, "Terminal Leeches," lead vocalist Maya Khairallah sings: "They fill your head with lies. Ignorance, your ultimate demise." The lyrics of the closing track, "Congenital Evil," reinforce the message: "Why do you always have to obey? Zero degrees of empathy, forever coming your way."

Bassist Alma Doumani, 22, says that for her, the allure of heavy metal is its aggressive style. "It lets your anger out -- it lets you express your mind."

"It's our right to be on stage and perform as all girls, why would we be less or different from guys?" says Doumani. "It's not just guys who have talent."

Lina Abirafeh, director of the Institute for Women's Studies in the Arab World, says that in Lebanon, women are frequently objectified. "Ideas of what is feminine, acceptable, beautiful, sexy -- all of those descriptors for women -- are notoriously narrow," she says, adding that female Lebanese singers are often "overly sexualized, very feminine, very dolled up." She sees Slave to Sirens as "role models" for breaking that mold. 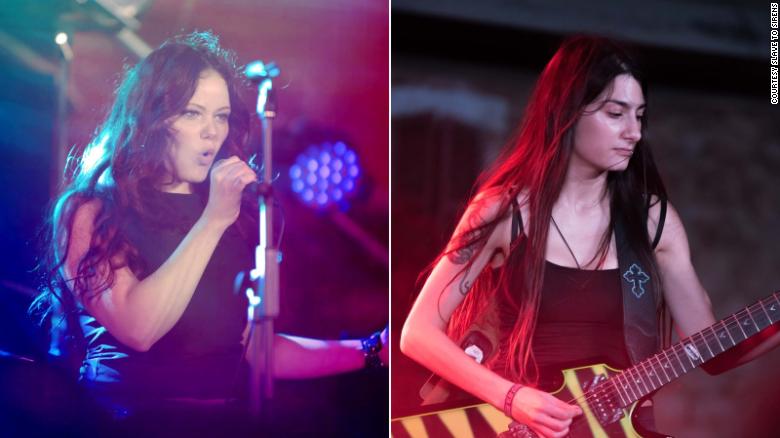 Change is not being championed at the political level, because women are not well represented -- they currently hold only 3.1% of parliamentary seats. Lebanon also ranks 143rd out of 153 countries in the Women, Peace and Security Index, an assessment of women's overall well-being within their communities and societies.

Metal in the Middle East

Heavy metal has a troubled history in the region. In 1997, scores of heavy metal fans were arrested and detained in Egypt because authorities believed they were members of a dangerous Satanic cult. In Saudi Arabia, the heavy metal band Al Namrood are forced to keep their identities secret for fear that they could be prosecuted -- and even executed -- for their music.
But in Lebanon, the metal scene is largely accepted and most people understand it to be a form of art, according to Elia Mssawir, who helps to organize the annual Beirut Metal Fest. 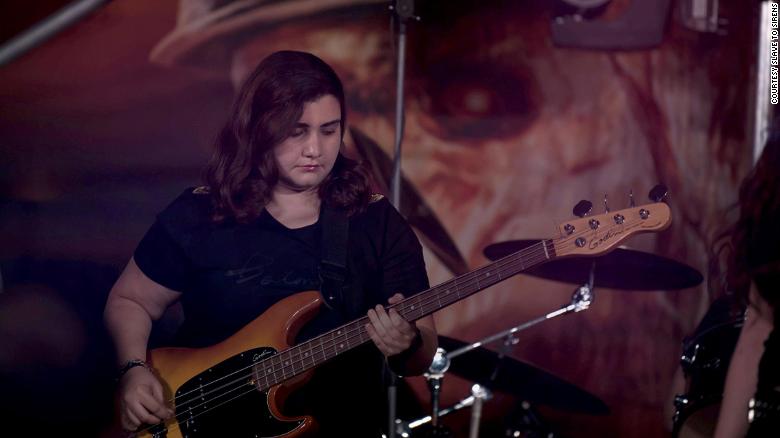 He cites an incident when organizers of a metal event in the Lebanese mountains were investigated after villagers "didn't like what they saw," but says there have not been any attempts at censorship in the last five years.
While it's common for metal acts in the region to use music as a platform to express opinion on politics or religion, Mssawir notes that current Lebanese bands largely steer clear from that because they see metal as an "escape" from those everyday realities. Slave to Sirens are among the few that inject those topics into their music.