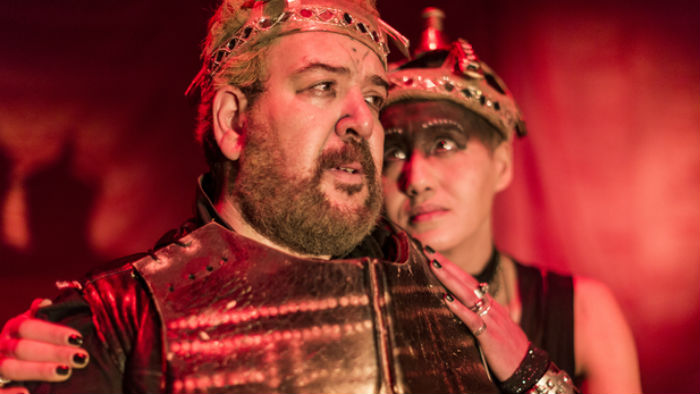 By: Sarah Souli for the World Weekly
 Shakespeare has been brought to the same theatre that provided cover for protesters during the Arab Spring. Now the Scottish play is being performed by actors in and around the audience to close the gap between the stage and the public.
At a recent performance of Macbeth at the Théâtre de L’Étoile du Nord in downtown Tunis, Lady Macbeth, played by Sonia Zarg Ayouna, was dressed as a goth. It suited her well - she wore studded black leather, had a shaved head, a lacquered black manicure, and an expertly wielded blowtorch that made an appearance in the first act. The flames, aimed at Macbeth, played by Fathi Boushila, and Lord Banquo, played by Nasreddine Manaii, served as a not-so-subtle omen of what was to come.
One of William Shakespeare’s best-known tragedies, Macbeth traces the physical and psychological deterioration of those who seek power for its own sake. In L’Étoile du Nord’s version, the play is condensed to critical scenes, rendering it an hour long. The titular character, Macbeth, receives a prophecy from three witches, who foretell his rise as King of Scotland. “Marhaba, Macbeth,” three disembodied heads bathed in a glowing red light solemnly chant from underneath the theatre's stage.
Pushed and prodded by his power-hungry wife to usurp the Scottish throne by killing King Duncan, Macbeth takes the prophecy into his own hands, with shattering consequences. A newly coroneted Macbeth and Lady Macbeth are granted a moment of short-lived happiness before paranoia sets in. The deaths start to stack up, as Macbeth tries to keep his crown and quell suspicion, things quickly spiral out of control.
Racked by guilt over her crimes, Lady Macbeth commits suicide; a grieving Macbeth is confronted by Macduff. As the two duel in the darkened theatre, their metal swords clashed so realistically we could see the flying chips of glow-in-the-dark paint. Macbeth is ultimately killed, and order is reinstated. 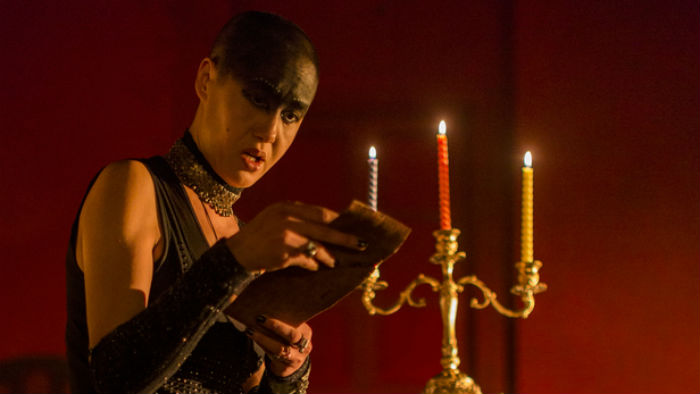  Some in the theatre world believe it is bad luck to say the name of the play out loud, so they refer to it as the Scottish play. Theatre de L’Etoile du Nord/Middle East Eye
At L’Étoile du Nord, the actors intentionally perform in and around the audience, blending performance with reality. With the exception of the murders, which were relegated to the elevated stage, the actors walked around the twenty or so attendees. Their sweat and wrinkles are part of their art, and it was a thrill to see the wild whites of Lady Macbeth’s eyes, or Macbeth’s trembling, blood-soaked fist.
The theatre's choice of performing Macbeth was also deliberate. May 3rd marks the 400th anniversary of the Bard’s death. In 2016, L’Étoile du Nord will also produce Julius Caesar and Richard III. All three plays are political, highlighting the abuse of power and its ability to corrupt. Is it a stretch to liken the events of Macbeth with post-revolution Tunisia?
 NOTE
Shakespeare’s work is not so detached from North Africa and the Arab world. It is believed Abd al-Wahid bin Masoud bin Muhammad al-Annuri was the inspiration behind the character Othello. He was the Moroccan ambassador sent to Elizabethan England in 1600. The Moroccan royal family proposed a Muslim-Protestant alliance with England against Catholic Spain. The offer was if England helped Morocco retake Spain for the Islamic world, Morocco would have returned the favour to help England seize the West Indies.
“It’s not too far to say there’s a connection between the end of Macbeth and Tunisia’s political situation,” Noureddine El Ati, the passionate founder and director of L’Étoile du Nord told Middle East Eye after the performance. He points to the politically motivated murders of Chokri Belaid, the leader of the Democratic Patriot’s Movement, and Mohamed Brahmi, the leader of the People’s Movements. Both politicians were assassinated in 2013; the cases remain unsolved. Though there have been positive developments in Tunisia since the 2011 revolution, corruption has actually increased, security has worsened, and political squabbling is a constant in parliament.
El Ati, who trained as an actor in Strasbourg and Paris, established his theatre troupe in 1997 after 30 years working in Europe. In 2000, he moved his troupe into a cavernous hangar a few steps away from the Interior Ministry. During the dictatorship of Ben Ali, the Ministry was infamous for its torture chambers; it is now surrounded by an imposing stretch of barbed wire. 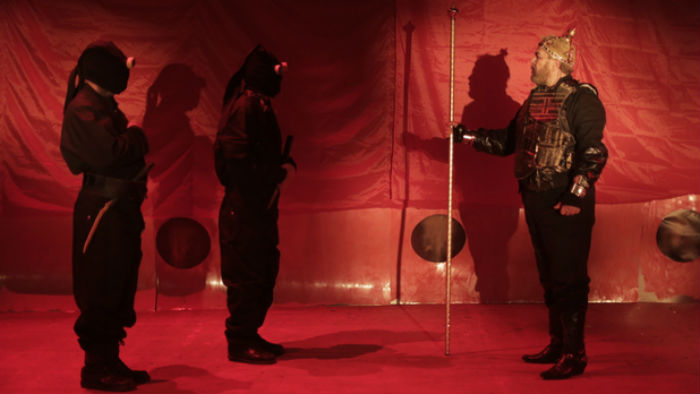  The Scottish play is known for its bloodcurdling violence. Theatre de L’Etoile du Nord/Middle East Eye
Since its creation, the theatre has been a stomping ground for the city’s left-leaning, alternative crowd. During the 2011 revolution, protestors would duck into the artsy cafe attached to the theatre; it was a place to strategise and get away from the tear gas.
Still, cultural promotion is L’Étoile du Nord’s raison d’être. “I’m militant for something that is important to me - a culture of creation,” El Ati said. “Culture is something that we construct, so in several years there will be cultivated citizens who work for the good of the country.” For El Ati and the rest of the members of L’Étoile du Nord, Tunisia is facing a dearth of contemporary culture. Though the country has a rich history of art, literature and poetry, modern Tunisia produces very few artists. Instead, the most interesting demonstrations of Tunisian culture seem to be happening in Paris.
L’Étoile du Nord, one of only a handful private theatres in the country, is thus an ambassador of culture. All of its events are free to the public; the theatre is partially supported by the Ministry of Culture and sales from its cafe. “Our plays deal with universal problems,” El Ati said. “Theatre doesn’t give answers, it asks questions and gives the audience the opportunity to reflect...It doesn’t give you a solution. It gives you solutions, and it’s up to you to decide.”
In order to retain this sense of universality that transcends local problems, L’Étoile du Nord does not do adaptations of plays. They stick to the original script, sometimes condensing plays to retain the audience’s attention. Some performances are put on in French, but many are in Tunisian Arabic. In addition to acting, Ayouna is the theatre's resident translator.
“Everything can be translated into Tunisian Arabic,” she tells Middle East Eye after she has wiped off her stage makeup. “ make the language relive, because we are killing it every day. We use it less and less.” The melody of Tunisian Arabic, rich with metaphorical phrases, lends itself particularly well to Macbeth.
Despite the admirable commitment El Ati and his troupe have to promoting culture in Tunisia, the theatre is desperately struggling. Cafe sales are lagging as tourism has dropped. Only a handful of people show up for performances (“Never more than 30 or 40,” El Ati notes). Several attendees looked at the glowing screens of their phones throughout the play, and they all left quickly after the actors took their bows. As the actors left the stage, the decapitated head of King Duncan rolled around the floor, a ring of fake blood around its severed neck.