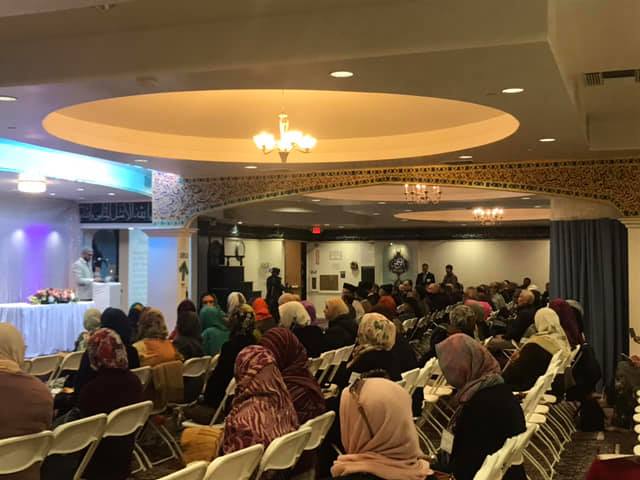 One of my life-long dreams came true at the Sunni-Shia Unity Conference to launch efforts to promote Intra-Faith dialogue on December 15, when a group of dedicated local Muslims came together at a local Islamic center in San Jose, CA under the auspices of the Intra-Faith Committee of Northern California Islamic Council.

The conference was a result of months of background work by the committee I was fortunate to lead. We have one goal- to bring Muslims from all sects together despite our differences. We realize we will not solve 1400 years worth of differences, but we also appreciate the common bonds we share: One God, the love for Prophet Muhammad and the Qur’an. We realize we have much more in common than differences.

We are also fully cognizant of our divisions and differences, and that we can not pretend that there are no issues between us. Having said that we felt we needed to first highlight our common bonds and why we need to act as one Umma.

There are theological and social reasons to act as one Umma.

Growing up, I was the only Shia student in my group of very closely-knit group of friends of 7-8  in my medical school years. We studied together, ate together, watched movies together and went out together. We did everything together- except when it came time for Juma prayers, or Ramadan and Muharram!

We felt a certain divide between us during those times. We went our own ways to pray Juma salat and broke our fast during Ramadan at separate times. Muharram was altogether a different story. For the whole month, I would be attending the religious programs to commemorate the martyrdom of Imam Hussain and his family. For the whole month, we would not talk much about our activities as if we lived in different worlds. I could never understand it then, and I still don’t understand it now. You see we did all the secular and “Shaitani stuff” together. But the very thing that unites us- our faith, is when we felt so divided!

As I grew closer to religion in the past 25 years or so, I still struggle with the thoughts of observing our religious rituals and practices separately. There are religious and social inspirations to be united. These two verses from the Qur’an send a strong message to us.

And hold fast, all together, by the rope which Allah (stretches out for you), and be not divided among yourselves; and remember with gratitude Allah’s favor on you; for you were enemies and He joined your hearts in love, so that by His Grace, you became brethren… 3:103

And be not like those who became divided and disagreed after clear arguments had come to them. For such there is an awful doom. 3:105

We further drive the inspirations for our work towards reconciliation as ordained by the following verse, and supported by the hadith:

The Believers are but a single Brotherhood: So make peace and reconciliation between your two (contending) brothers; and fear Allah, that you may receive Mercy. 49:10

Anyone who goes to make peace between two persons, the angels of Allah send blessings upon him until he returns and he will be given the reward of the Night of Destiny. Hadith of prophet Muhammad

Our group has very simple objectives:

We agree that the Intra-faith dialogue is NOT about:

In addition to the religious reasons, there are other social and practical reasons. We have to ask ourselves:

When the Islamophobes snatch the Hijabs, do they do it because these women are Sunni Muslim women, or Shia Muslim women?

When the Muslim children are bullied in school(and there have been widespread reports to indicate rising incidence), are they bullied because they are Sunni Muslim kids or Shia Muslim kids?

I can go on and on, but you got the picture.

The first thing that becomes obligatory to scholars, Shia or Sunni, is removing dissension from the minds of Muslims. Sheikh Abd al-Majid Salim Chief Mufti of Egypt d1954- in a letter that was sent to Ayatollah Borujerdi)

After a series of short speeches by religious scholars, we had a panel discussion with Q&A from the audience, followed by Zuhr salat (early afternoon prayer). And yes, we prayed TOGETHER, and ended the day with an audience breakout session. The 450 or so attendees were given three simple questions to discuss and brainstorm among themselves