By Dyana Sobri for Malaysian Digest. 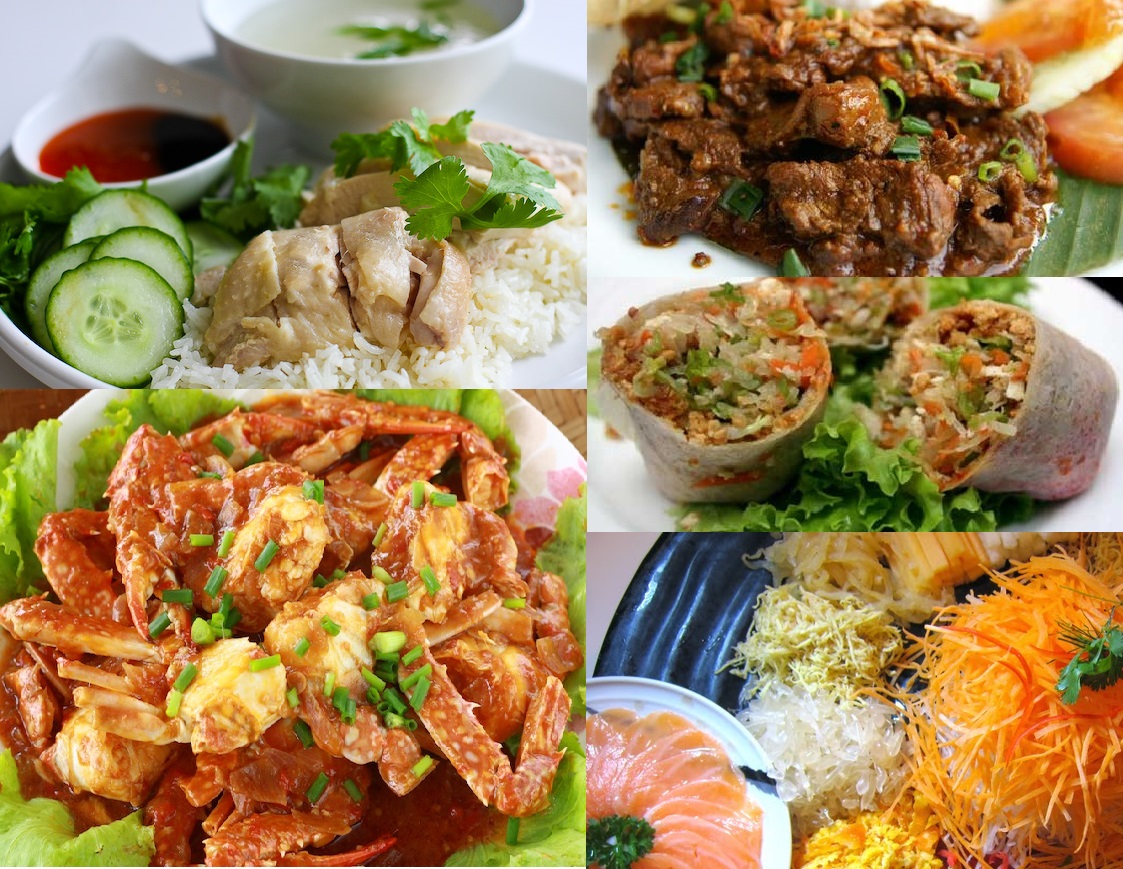 You would be surprised to know, that food, which is thought to be savoured as a delicacy and enjoyed by everyone, sometimes startlingly causes diplomatic rifts in different continents in almost every country around the globe – because people take their cuisine and their culture really seriously.

The feuds over food sovereignty always happens especially when mouths argue over what they just ate, claiming their rights to the origins of traditional dishes, breaking political alliances between countries, and even provoking threats among one another.

Take Lebanon and Israel for example, in 2008, the president of the Association of Lebanese Industrialists launched a lawsuit against Israel for infringement of food copyright laws, to classify hummus known as "mezze" as a uniquely Lebanese food, which Israel claim was their “National Snack.” However, there was no winner to this as the dish has been traced to the time of Saladin, a 12th-century sultan, even before the establishment of Lebanon and Israel.

Korea have been at loggerheads too with Japan over “kimchi,” which the Japanese call “kimuchi.” Although the Korean version is a spicy dish made of fermented pickled vegetables, the Japanese has it less spicy and made with artificial additives. Claiming it as a national symbol of Korea, South Korean President Lee Myung-Bak called the international campaign “gastrodiplomacy” where the dish was globalised as the country’s culinary trademark. Even though Japan claimed that Korea has no monopoly on kimchi, guess it’s clear here how the Koreans adulate their dish. In 2013, UNESCO carved Kimjang, the making and sharing of kimchi in South Korea as an Intangible Cultural Heritage of Humanity.

Without looking afar, the recent ‘food war’ between Malaysia and neighbouring country, Indonesia, has also been raising eyebrows. Plus, this isn’t the first time Malaysia has gotten itself tangled up in a war over delicacies, and with all these disputes, we wonder, could this be straining political ties between our neighbouring countries, or is this merely another juvenile fight between ‘brothers’? The Heated Debate Over Food

In 2009, Singapore cried foul over Malaysia’s attempt to claim the chilli crabs as uniquely theirs, among other dishes. When former Malaysia Tourism Minister Tan Sri Dato’ Sri Dr Ng Yen Yen claimed that the chilli crab and Hainanese chicken rice dishes belonged to Malaysia, it sparked an outcry among the Singaporeans. Angered by Yen Yen’s statement, Singaporean Madame Cher Yam Tian claimed that she was the creator of the dish back in 1950; stir-frying crabs with bottled chilli and tomato sauce.

Recently, in what appears to be an attempt of promoting its national heritage to a higher level, some of Indonesia’s hard core nationalists have accused Malaysia of stealing one of their ‘national prides’: the Semarang spring rolls (or better known as Lumpia Semarang in Indonesia) in February.

The controversial spring rolls which could either be served deep-fried or fresh – is basically rolled crepe filled with several ingredients, including chicken or prawns, dried shrimp, and bamboo shoots, and then eaten with sweet chilli sauce. It is named after the Central Java’s capital city, Semarang, where a large number of Chinese Indonesian settlers helmed (and was believed to be originally made by the Chinese immigrants).

Even though the Indonesian government has considered the spring roll to be their national heritage, UNESCO has yet to make any official statement claiming it to be a world heritage. Activist group, Forum Masyarakat Peduli Budaya Indonesia (Formasbudi) even held a demonstration in front of the Malaysian Embassy in Jakarta in show of their protest.

“We Indonesians need to be stern, so that they (Malaysia) will no longer mess with us by claiming any of the Indonesian product or culture as theirs,” said Budi Rahmulyo Adi Wibowo, the group coordinator. Previously, there were several cases of similar disputes, where Malaysia was accused by Indonesia of stealing rendang (spicy meat dish) and satay (barbequed beef on skewers.)

“It could possibly stem from jealousy, hence the petty issue (the claiming of spring rolls) being raised by certain parties. But overall, we shouldn’t make a big fuss over it. Even our ambassador in Jakarta had reassured us that there isn’t any problem,” said Universiti Sains Malaysia (USM) Political Analyst, Prof Dr Ahmad Atory Hussain, who had just returned from a trip to Indonesia.

When asked if the claiming over certain foods should ever be made by any country, he replied, “Let’s look at it this way, this isn’t like claiming a territory, in which case the matter should be taken seriously and brought to court. It doesn’t make sense to bring the (food) matter to court as it’s meant to be enjoyed together.”

Ahmad Atory also thinks that unless a big food company or restaurant is stealing a family-owned recipe, then there shouldn’t be such claims over food. The spring roll has long been in existence and is considered a universal food, enjoyed by many, especially in Southeast Asian countries. Historically, Tanah Melayu and Indonesia are cognate, hence the similarities in terms of not just food but also language, culture, and clothing, among other things. Most of our ancestors were also originally from Indonesia.

“The only difference between us is the governing system: one is a republic, the other is constitution. So, there’s no such thing as ‘that’s mine, this is ours.’ Making such claims would only severe the brotherly ties and increase hostility between two nations,” he told Malaysian Digest.

For Political Analyst Prof Madya Datuk Zainal Abidin Borhan, the claiming (over spring rolls) itself is wrong, since it was the Chinese who originally invented it, then brought it along to Southeast Asia after mass exodus in search of a better life, over two centuries ago.

“This matter shouldn’t be made into a tool to divide us. Perhaps the issue had surfaced due to the narrow-minded thinking of certain people. Not all Indonesians share the same views as these nationalists,” said Zainal Abidin.

Time To Bury The Hatchet

He continues sharing his views on the issue and feels that it would not trigger a cultural problem, adding that any issues pertaining intercultural and international relations should be laid to rest.

“Only those who don’t understand history and their origins would make a big deal out of it. What matters most right now is for us to collaborate and develop the regions together, much like in the style of the European Economic Area (EEA) so that we could all reap the benefits,” Zainal Abidin concluded.

He also stressed that the media needs to stop adding salt to the wound by fuelling more controversy to this petty issue to prevent it from turning viral.

Ahmad Atory echoed the same. His advice included, one must always know their roots, so that such silliness doesn’t persist. He also shared that the government has also made efforts in maintaining a good relationship and building a better understanding between its neighbouring countries, like the Malaysia-Indonesia intercultural committee.

“Anyone who raises such matters is immature, and we mustn’t feed the trolls,” were his last words before ending the conversation.

Both analysts have suggested that it’s time to move on. And it looks like Indonesian leaders too agree that such issues should not be blown out of proportion as it would not benefit both countries.

Commenting on the issue, Irman Gusman, chairman of the House of Regional Representatives of Indonesia, told the local media that, “The 'popiah' issue is like a problem between a brother and sister involving only minor things and will not pose any problem because after that we will reconcile.”

Perhaps we should all just bury the hatchet between our neighbouring countries, and instead savour food for what it’s meant to be, a tasteful delicacy to be eaten.