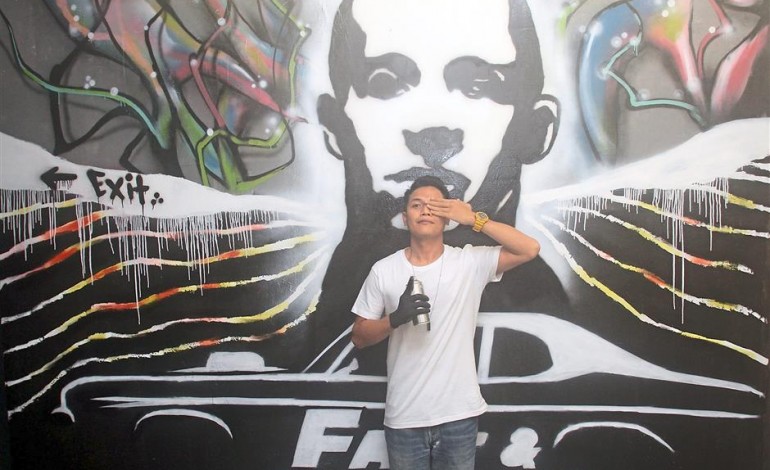 The art doesn’t need to end when the credits roll. The next time you leave the cinema hall after a movie at Golden Screen Cinemas (GSC) in Mid Valley, Kuala Lumpur, you might just find yourself walking alongside characters from movies such as Deadpool, Fast And Furious, Spiderman and Star Wars. Fans will be delighted to know that a larger-than-life version of Wonder Woman will also be gazing down upon you.

GSC and graffiti artist They (Mahathir Masri) are working together in an art collaboration, where the 34-year-old artist, armed with some six dozen different spray paint cans and currently working daily from midnight till dawn, creates art along the corridors that links the darkened cinema halls to the bright lights of the shopping mall.

“This series of work features characters from upcoming movies this year, which also happen to be all my favourites. GSC has given me quite a lot of freedom to explore ideas, which I really appreciate as an artist,” says They.

“It makes me really happy that this project captures the spirit of graffiti; it’s in the ‘back alley’ of the mall, it’s authentic and cool, and it’s art done directly on the wall.”

The Batu Pahat, Johor-born They knows quite a few things about graffiti, having being part of the subculture since his school days.

Of course, he adds, back then things were very different. 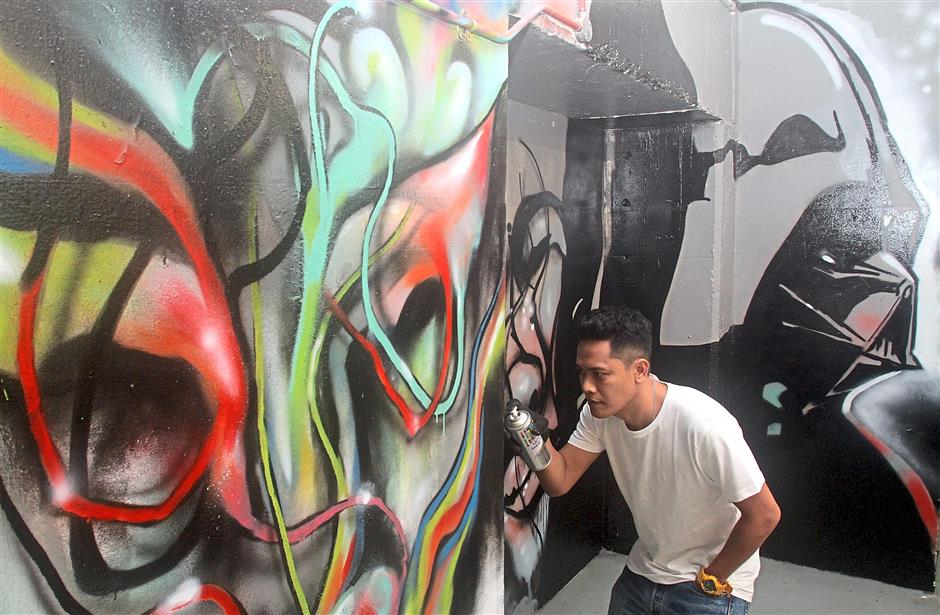 “I was in my teens when I discovered skateboarding and tagging, in an era where graffiti was considered vandalism. If you are part of it, you can be sure you will kena kejar polis (be chased by the police). But I never got caught because I run fast,” he relates with a grin.

Times have changed though, he notes, just as it has with his approach to his art.

And what a journey it has been. In 2012, They’s work was featured at the “Weapon of Mass Change” 2012 Tour Group Exhibition at Art Whino Gallery, Washington DC, New York, Florida, Miami and California, while he also customised a batik mural for Weifang Pavilion in Shandong, China.

They has been a familiar fixture in the regional scene, with appearances at the South-East Asia Graffiti Tour Project “Bombing Session” in Indonesia, Thailand and Malaysia (2013, 2014, 2016).

“I never expected to come this far with it. Now I don’t do tagging with markers anymore, nowadays I ask for permission first,” he adds with a laugh.

“When I was younger, we had to work fast so that we wouldn’t get caught. Today, people wait patiently for you to finish your art, because they want to take a selfie when you are done!”

This series of work at GSC is influenced not just by They’s love for the characters he put on the walls, but also, rather unconventionally, his love for batik. 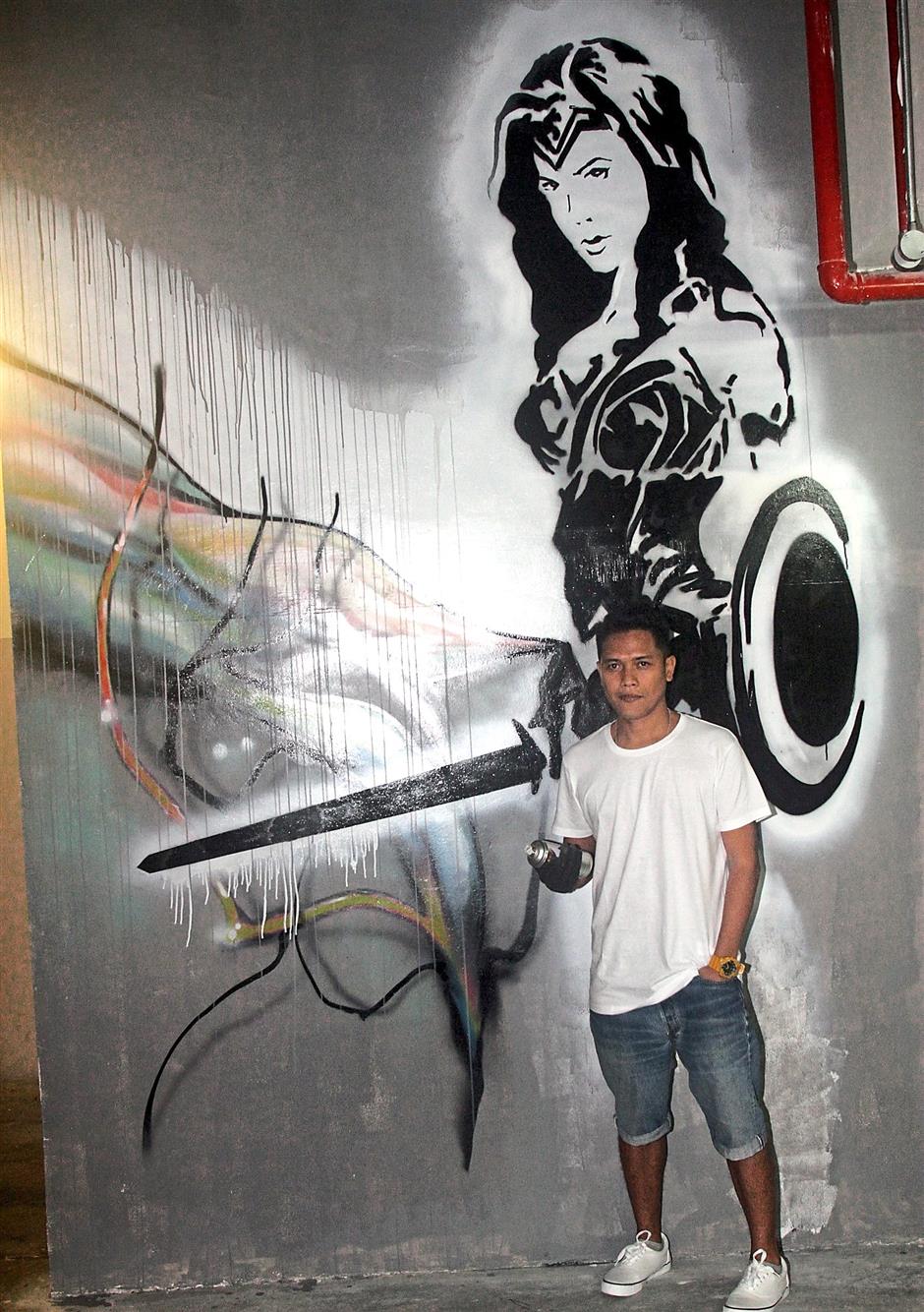 In fact, his decision to take up a diploma in fashion and textile design at the Malaysian Institute of Art in 2002, was very much influenced by the fact that batik would factor into the equation.

“I had to do fashion and textile design if I wanted to do batik, so that was what I did,” he recalls.

Four years after he graduated, he was awarded second runner-up in the prestigious Piala Seri Endon Batik Award in 2008.

“Yes, batik is my inspiration, it forms the aesthetic direction of my graffiti art. You can see it in the organic feel of my work and in my choice of colours – I use lots of tropical colours, very bright, energetic and vibrant, warm and relaxed and free. I also try to infuse a certain kind of positive vibe in my works because I believe that everyone has a responsibility to fulfil, and this is mine as an artist,” he says.

But above all, They relishes the freedom of expression that comes with being a graffiti artist.

He explains: “There are no real rules in terms of how you communicate with people through your visuals, it is totally up to you how you want to use this platform. What I really enjoy? How you can really speak your mind through this form of art.”