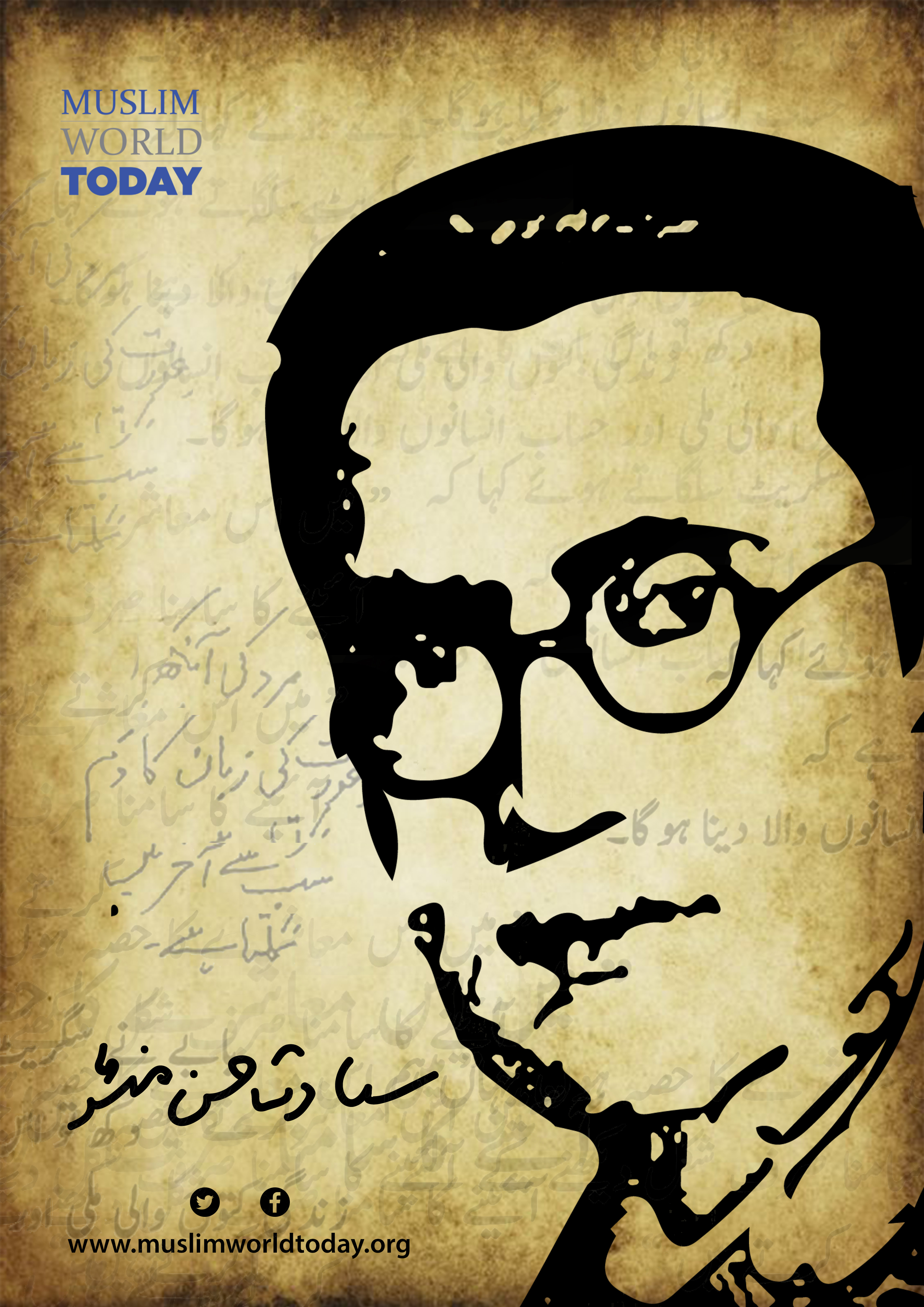 “A man remains a man no matter how poor his conduct. A woman, even if she were to deviate for one instance…is branded a whore…if both are equal, why are our barbs reserved for the woman?”   Saadat Hasan Manto

Saadat Hasan Manto has been one of the most prolific writers in the Indian sub-continent for his audacious language and bold subjects. He pulled in audiences of all classes and age groups  by exposing the darker side of society. This was at the time when british india was in the throes of the independence movement and Manto’s contemporaries were afraid of even asking such questions. Manto, from the very start of his career, conveyed through his writings, to the world that he was going to be the most acknowledged writer across both sides of the border that he should not be taken for granted. His aim was to lift the veil from the corruption of the society and one of his major themes was “Womanhood”. This theme has been exhausted before Manto but the trait  that makes him stand out is that he not only represents the typical roles of a woman like mother or housewife, but he also portrays the assumed ugly face of the fair sex that is a “Prostitute.”. The so called civilized societies have always been forbidding even to utter the name of these make-belief sinisters but Manto was the one who dared to bring it to open. Keeping aside the reputation he had for his temerarious characters one should look for his share in representing a woman and decide either he dilapidated the already bruised or did he do her a favor.

First thing to look at is the way a woman is portrayed by Manto. One of his most scandalous short stories “Hitak” is about the disgrace of a prostitute and how she is physically and emotionally exploited by men. Manto in his story has deliberately used the words “Physical labor” that implies that his protagonist Saugandi was not engaged in sexual activities by desire of pleasure but it was her labor like all other labors done to earn living. Saugandi is treated as an object by her customers, her pimp and her lover. Her physical condition is sufficient for a man to reject or accept her and there is no concept of free will or choice on her part. Manto pulls attention on the idea that a woman no matter what her character or profession is she only contributes in what is reserved for her by the society. It is to his credit that a whore who has always been thought of plaguing a society is presented as a victim. Although Manto is very blunt and honest in his narration but there is an unneeded description about the figure of Saugandi as he writes about her ample breast and rounded softness of her thighs. Maybe this way of writing was to target on mankind who are programmed to comprehend a woman physically but such monograph was avoidable as her being a prostitute was enough for the readers to sketch her but no piece of literature either it is written or visual is a complete package without such details.

An exigent question that is demanded by Saugandi’s character is to ask why a woman who sleeps with men for money is labelled a prostitute, but the men who are her customers can remain “gentlemen”?