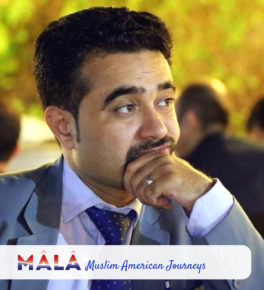 Masoud Juya is pursuing a PhD at the University of North Texas through a Fulbright Scholarship. Here, he recounts his journey, and how it has shaped his commitment to public service.

An entrepreneur, an educator and a Fulbright Scholar, I was born in a village near the City of Herat, considered to be Afghanistan’s cultural and scholarly capital. At the age of five, I started weaving carpets and I honed the skill of putting colorful strings skillfully together. I was not only weaving carpet but also my determination to pursue future ambitions. The carpet weaving venture owned by my family taught me the quality of supervising people at an early age, a skill set I would use for greater initiatives in future.

During Afghan Civil War, when the country was captured by Mujahidin, a missile destroyed my family’s house in Kabul injuring me and causing my family to leave our home. We returned to Herat, a city that was not seriously affected by the Civil War. Having been tired of weaving for a decade, I embarked on founding a school in Herat during the time of the Taliban regime. The school I opened provided an opportunity for youths to learn literacy, languages including English, math, and basic science, enabling them to strive for their future goals. My school survived the Taliban Regime and their serious threats to educational institutions, allowing girls to join the school in the post-Taliban phase. While the school was flourishing with around 2,000 enrolled in 2008, I accomplished my personal dream of becoming a medical doctor.

During medical studies at Herat University, one of the best institutions in Afghanistan, I became a critic of the method, quality, and effectiveness of Afghan Higher Education System. As a responsible citizen, I cofounded the Union of Private Educational Centers (UPEC) to push for reform in the basic private education sector, in which my school was operating. I also worked on a voluntary basis with several institutions to foster the values of cooperation and good citizenship. To support my family, I worked in national and international organizations, which gave me a platform to further develop my management, communication, and interpersonal skills. My experience also enabled me to compete for a Fulbright Scholarship to pursue master’s studies in the US upon graduation from medical school in 2008.

Upon receiving a Fulbright Scholarship, I started my Master’s at Brandeis University in the Boston area in 2009. During two years of master’s studies, I worked with Newton Community Service Center, an affiliate of Mass Mentoring Partnership to empower youths in Newton, Massachusetts. I also managed to develop several entrepreneurial initiatives for which I was awarded valuable recognition. I received the Sillerman Prize for Innovation in Philanthropy in 2010. Master’s training further broadened my horizon of thinking and inspired me to pursue greater ambitions in life.