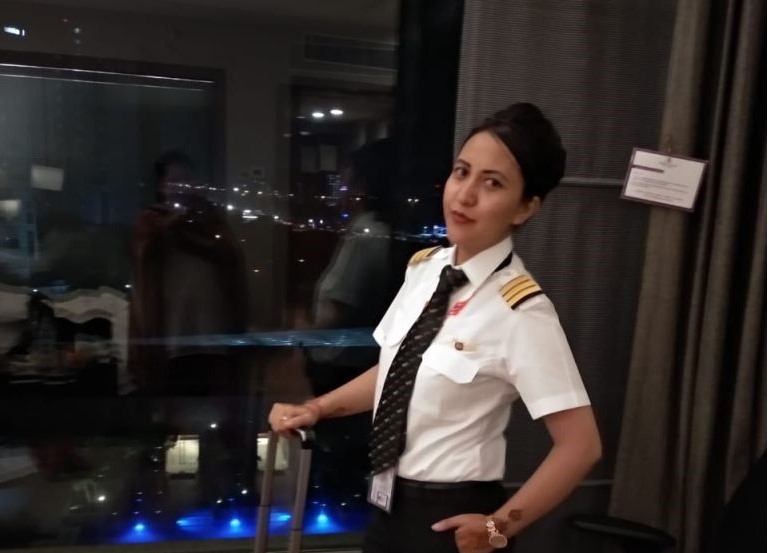 “Our family has struggled a lot to make this happen. With the active support of Fatima’s grandparents – Haji Fatima Banu and late Ghulam Rasool, their nurse mother worked hard to ensure Fatima’s pursue the career she chose for herself,” Abdul Majid, a relative of Fatima explained.

A resident of a Leh locality near the Polo Ground, Fatima’s parents got separated when she was very young. She was brought up by her mother, Shakeela Banoo, a nurse in the state-run Leh hospital.

“She lifted a huge amount of loan from a bank for the same,” Majid said. “The entire amount lifted from the bank as a loan was spent on Fatima and it will take her mother some more time to liquidate that.”

Early 2013, the family got Fatima’s admission in Government Aviation Training Institute at Bhubaneswar (Orissa). Her mother spent a fortune to get her daughter trained as a pilot.

Fatima spent almost six years for training and getting equipped with the subsequent flying experience, mandatory for the job.