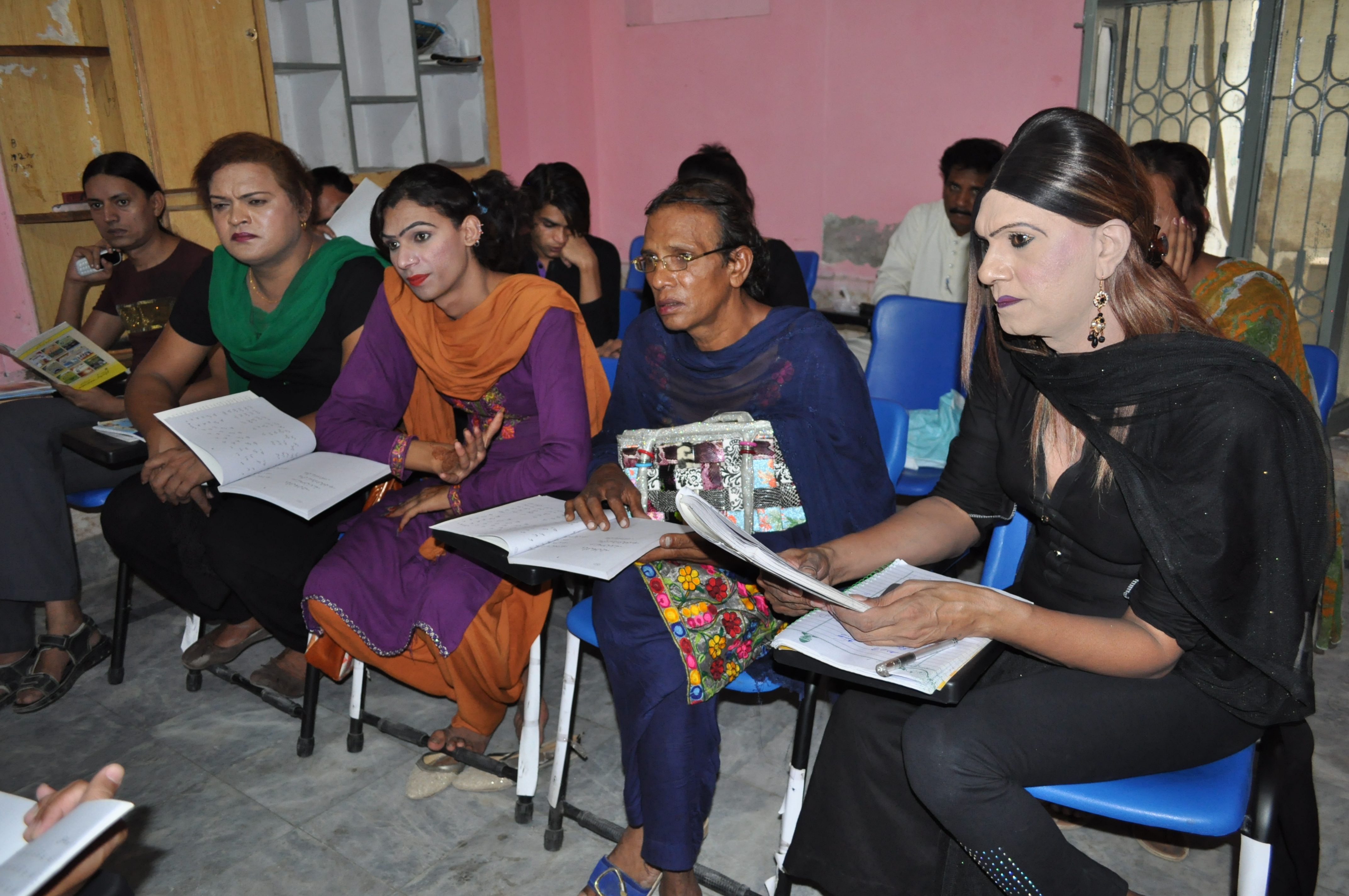 Thirty-year-old Faiza was considered a symbol of shame and disgrace by her family and relatives when they came to know that she was a transgender. Consequently, in an attempt to save so-called family honor, she was forced to leave home at the age of 7 by her own parents.

Like her sibling, she had a dream to go to school, get an education and become a doctor. But after being rejected by the parents and society, she joined a group of transgender, with whom she begged in streets, and danced in parties for a number of years to earn living.

After two decades of beseeching on roads and in markets, she has now found a school where she can get an education without being discriminated against for being transgender.

“It is nothing less than a blessing for me to be able to get education here. After getting degree, I will not have to beg or dance in parties to earn money, I will do masters in media studies and become a TV anchor soon,” Faiza utters with a smile on her face.

Named ‘Khawaja Sira Palace Non-Formal High School’, this amazing institution is run by a brave young lady, Saadia Noreen, who is challenging all socio-economic obstacles to educate and empower marginalized the transgender community in Faisalabad, Pakistan, A city known as the ‘Manchester of Pakistan’ for its textile industries.

Although Saadia teaches in the education department of a government-run women’s university in Faisalabad, her ambition is to do something big for the well-being of the transgender LGBTQ community in Pakistan.

“I strongly believe in equal rights for all. There must be no discrimination on the basis of one’s sexual orientation. Transgender people have mental and physical ability to do everything that is being done by males and females but need of the hour is to educate and train them,” she says. 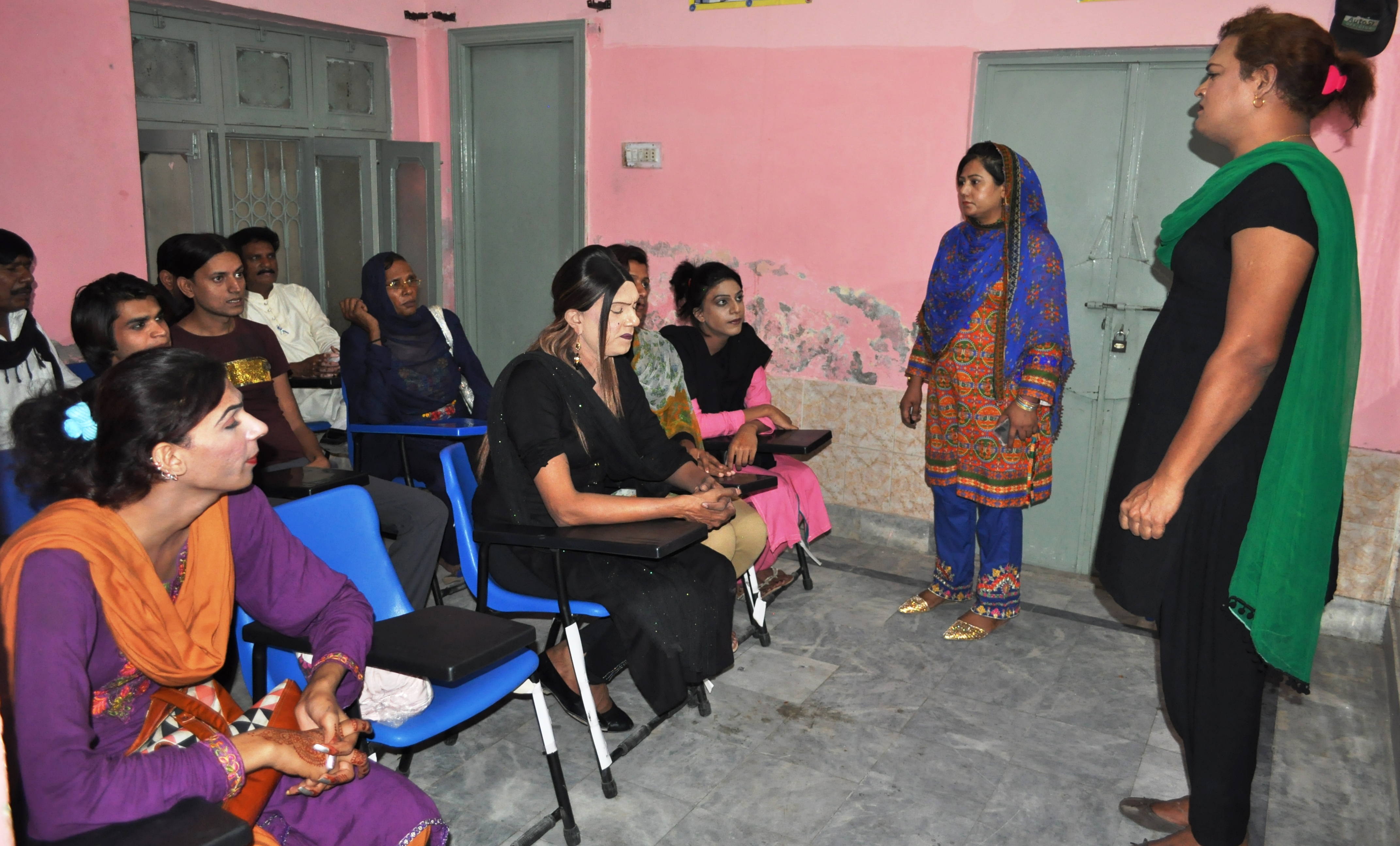 The school is being run in a rented building for six month now, with 15 enrolled students in total. It not only provides formal education from primary grade to matriculation, but also imparts technical training in different fields to help students start their own small businesses after graduation. Vocational training includes, fashion design, hair styling and beautician courses.

“It is so unfortunate that transgender are forced by the parents and society to live an isolated life since their babyhood and when they grow up, they are forced to beg and dance to earn living. They are discriminated at homes, schools, public places and everywhere they go because they are not empowered. If we give them education and training, they would definitely earn a respectable place in the society, this is what I am trying to do,” Saadia adds with mix expressions of sorrow and willpower.

Due to conservative mind-set of people, transgender and LGBT rights remain a taboo subject, which is not commonly discussed in sophisticated circles of Pakistani society. In addition to this, no Pakistani government in the last 70 years has passed any laws to guarantee the educational rights of the transgender community in the country.

As a result, there is no way for transgender people to acquire an education from regular public or private schools because of the negative attitude and discriminatory behavior of fellow students, as well as teachers against them.

Saadia believes that now is the time for the government to introduce inclusion policies for transgender and LGBT communities in Pakistan. “This is government’s responsibility to introduce such policies through which discrimination against this segment of the society can be discouraged at every level. Government should also set up separate schools for transgender community and there must be a social support system to help them live a normal life,” she suggests.

Jackson, a 28-year-old trans woman is a 10th class student at this school. She attends classes in the evening and performs in city’s marriage functions in the night to pay off her house’s rent and utility bills. But discriminatory behavior of people has motivated her to get admission in the school and change her fate by getting education. 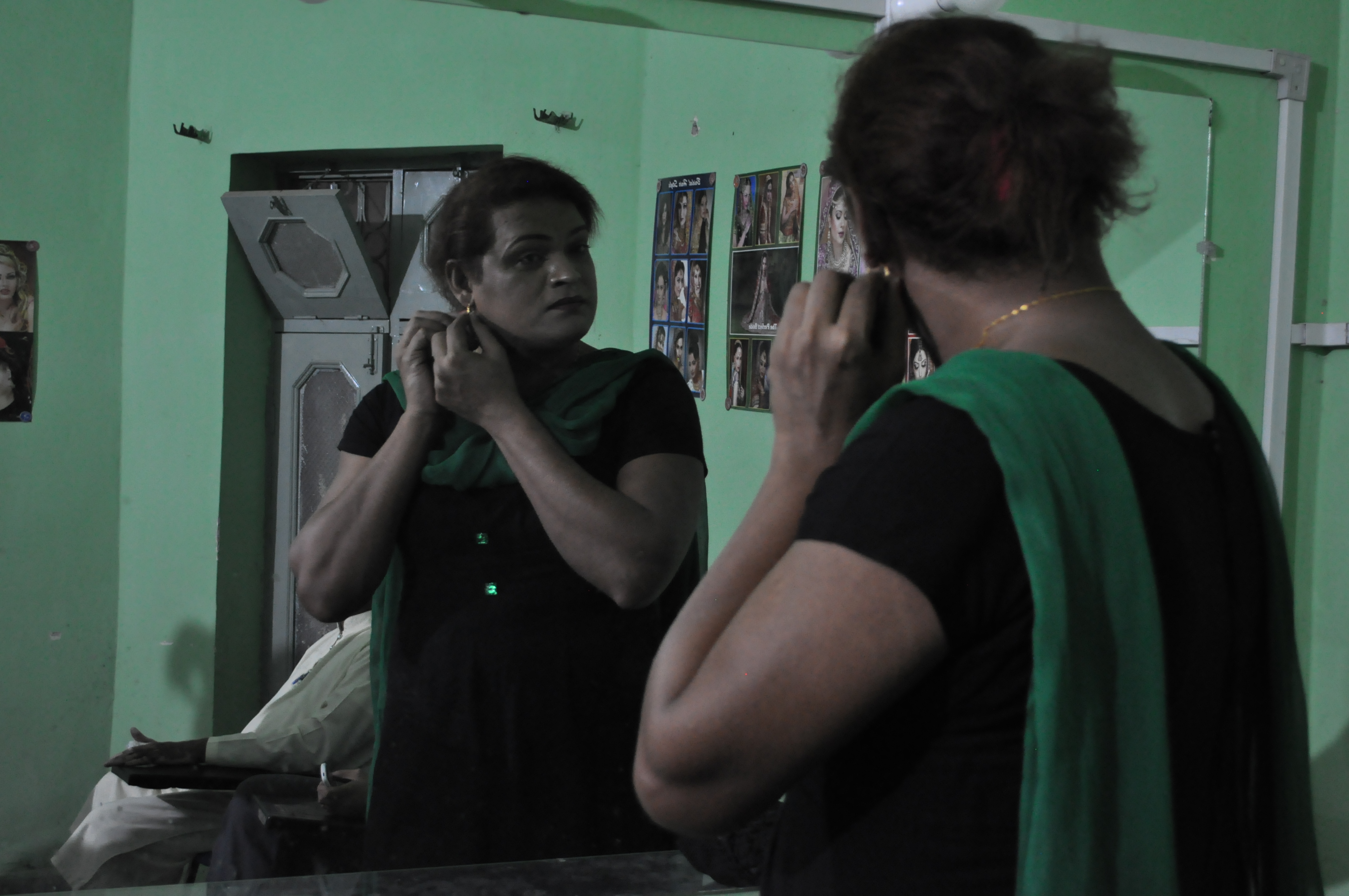 “Violence and sexual assault are very common. Young males usually demands for sex at the functions and if they are resisted, they don’t pay you and even beat you up because we are weak,” she says.

However, Jackson trusts that in a fundamentalist society like Pakistan, there is only one way to be strong and that is through education. “Madam Saadia and her team are doing great work to sensitize transgender community. People usually make fun of our teachers too but they don’t mind because they are on a mission,” she tells.

Even though Pakistan’s parliament has recently passed a landmark trans rights law that guarantees all basic human rights for transgender and outlaws discrimination, people’s behavior still remains the same.

“It is only education through which we can mend our culture and bring positive change in people’s behavior. Introducing laws is good but they must be implemented too,” says Saadia with hope in her eyes.

Author works at Sujag, a web venture aimed at sensitizing people about local issues and politics in Pakistan. He can be reached at rizwan.safdar8@gmail.com