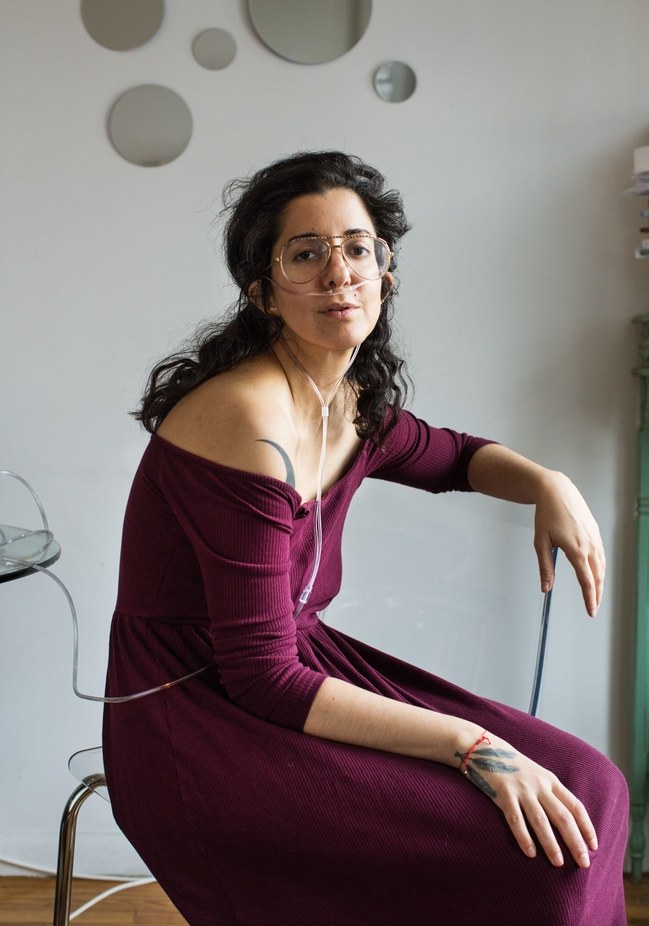 Is Lyme disease a feminist issue? It may sound ludicrous to ask this of a tick-borne infection that can usually be dispatched with a course of antibiotics. Yet its name commemorates the two women living in the town of Lyme, Connecticut, who, in the mid-seventies, fought the medical establishment to have the disease acknowledged and treated. “You know,” a doctor informed one of them after failing to find the source of her symptoms, “sometimes people subconsciously want to be sick.” It’s tempting to think of this reflexive, paternalistic skepticism directed at female patients as a remnant of a bygone era. And yet there’s a class of illnesses—multi-symptomatic, chronic, hard to diagnose—that remain associated with suffering women and disbelieving experts. Lyme disease, symptoms of which can afflict patients years after the initial tick bite, appears to be one.

“I don’t care if people don’t think feminism is important, because I know it is,” the musician and early Riot Grrrl Kathleen Hanna says toward the end of “The Punk Singer,” Sini Anderson’s 2013 documentary about her. “And I don’t care if people don’t think late-stage Lyme disease exists, because I have it and other people have it. . . . If they don’t want to believe in it or they don’t want to care about it, that’s totally fine, but they should have to stay out of my way.” She describes an experience common to many sufferers from chronic illness—that of being dismissed as an unreliable witness to what is happening inside her. Since no single medical condition, a doctor once told her, could plausibly affect so many different systems—neurological, respiratory, gastrointestinal—she must be having a panic attack.

But it isn’t only a question of whether or not individual patients are believed. An enigmatic disorder that might have justified a great influx of research money and ingenuity has instead remained stalled and under-investigated, with key players unable to agree on basic facts, such as what it does, how to tell who has it, and what, if anything, can treat it. The standard two-tier test for Lyme, established in 1994, is extremely imprecise, prone to false positives and false negatives. It detects only the antibodies mustered to combat the bacteria, so it isn’t a reliable way to ascertain current, persistent infection. (Whether the symptoms are caused by ongoing infection or are merely an aftereffect of an earlier one is among the most contested questions in the so-called Lyme wars.) The test will give a pass to patients whose immune response has been quieted by antibiotics yet can be triggered by certain antibodies that may be present in non-sufferers.

Researchers and insurers have often insisted not only on positive test results but also on the classic signs of early Lyme infection, such as the distinctive bull’s-eye rash and swollen knee joints, even though many people infected with the spirochete bacterium do not present such signs. Some of the symptoms of “chronic Lyme”—headaches, exhaustion, and cognitive dysfunction—have been dismissed as too vague or too similar to those of other conditions to be accorded diagnostic weight. Given these vagaries, it’s impossible to say for sure whether chronic Lyme actually does affect a greater number of women than men. But there’s a sense in which the condition itself has been feminized. In a 2009 paper, Gary Wormser and Eugene Shapiro, two of the authors of the Infectious Diseases Society of America guidelines on Lyme treatment, concluded that “illnesses with a female preponderance, such as fibromyalgia, chronic fatigue syndrome, or depression” might be receiving a false diagnosis of chronic Lyme. That conclusion seems preordained by the authors’ starting assumption that chronic Lyme—“a vaguely defined term that has been applied to patients with unexplained prolonged subjective symptoms”—doesn’t really exist. Yet even those in the field who discount the phenomenon of chronic Lyme concede that there are people who suffer “prolonged subjective symptoms” long after they have resolved the initial infection—a “severe impairment” often labelled post-treatment Lyme disease syndrome. To begin from the premise that a condition is imaginary is to prejudice efforts to provide a physiological explanation. In the nineteen-nineties, the Centers for Disease Control was found to have used millions of dollars in research funds intended for myalgic encephalomyelitis / chronic-fatigue syndrome (ME/CFS) for other purposes, in the belief that the disorder was not worth exploring.

This approach is self-confirming: the more that sufferers from a debilitating illness are excluded from mainstream medicine, the more they’ll be forced to consider quack treatments and the less credible they may appear to be. The stakes of belief are high in the case of Lyme, because the longer it is left undiagnosed the less likely it will respond to treatment (usually oral or I.V. antibiotics). So the lengthy, flawed, and often prohibitively expensive process of receiving a diagnosis can have dire consequences.

At first glance, the novelist Porochista Khakpour, who chronicles her own experiences with Lyme in a new memoir, “Sick” (Harper), seems rather less battle-hardened than you might expect. The cover offers a portrait of the author as a fragile, dark-eyed beauty, her face bisected by a nasal cannula, and the book sustains a note of ambiguous unease. What, exactly, is wrong with her, she imagines the staff at Mount Sinai wondering during the last of many E.R. visits described in “Sick”: “Is this cardiac, is this neurological, is this psychological, is this infectious disease?” And where and when did it begin? Despite its intermittently chatty tone, “Sick” is a strange book, one that resists the clean narrative lines of many illness memoirs—in which order gives way to chaos, which is then resolved, with lessons learned and pain transcended along the way. Nor does the book try to preëmpt doubt or blame by emphasizing the author’s irreproachable state of mental and physical health before misfortune struck. “I have been sick my whole life,” Khakpour writes at the start. “I don’t remember a time when I wasn’t in some sort of physical or mental pain, but usually both.”

Sick” reënacts her halting, years-long journey toward a clear diagnosis, sketching in her burgeoning career as a writer and her various love affairs and friendships along the way. It proceeds by fits and starts, organized not chronologically or even by theme but by geographical setting, so that, as she circles from Los Angeles to New York to Santa Fe and on to Europe and back, a spiral shape emerges, not unlike that of the offending bacterium. She is diagnosed with Lyme more than once, although her grab bag of “nebulous” symptoms are also attributed to a number of other things, from polycystic-ovary syndrome to an adrenal tumor, then to anxiety and depression—not to mention “somatization disorder,” which seems to be used more or less as a synonym for what was once called hysteria. By focussing on place, Khakpour implicitly situates herself in the long line of women who have been, as the writer-director Todd Haynes has put it, speaking of his 1995 film “Safe,” “pathologized by their own dis-ease in the world.”

Because a sense of uncertainty and dislocation is central to the book, the reader inhabits Khakpour’s confusion and is occasionally tempted to mistrust her perceptions. In her desperation for a cure, she seems willing to bankrupt herself with endless medical consultations, and to entertain all sorts of unorthodox theories. At other times, she avoids mentioning Lyme altogether when admitted to the hospital, keen to skip the knee-jerk mockery and mistrust of the medical staff. At one point, at a doctor’s insistence, she agrees to enter a psychiatric ward, and endures three days in the holding area, being told that “there is nothing physically wrong with you, you need to understand that.” Only the severity of her physical symptoms, which is such that she cannot be “medically cleared,” prevents her from becoming a psych patient.