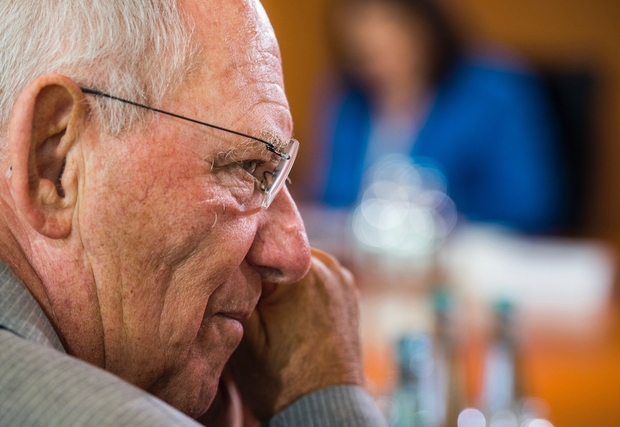 A veteran ally of Angela Merkel on Sunday urged Muslims in Germany to develop a "German Islam" based on liberalism and tolerance, saying the influx of people seeking refuge, many of them Muslims, is a challenge for mainstream society.

Finance Minister Wolfgang Schaeuble, stepping out of his usual finance remit, urged tolerance, saying the arrival of hundreds of thousands of migrants required a better understanding among Germans of what is important to them and how they want to live.

Almost 1 million migrants from the Middle East and Africa came to Germany last year, stoking social tensions and boosting support for the right-wing Alternative for Germany (AfD) party, which has said Islam is not compatible with the constitution.

The arrival of large numbers of refugees has strained communities and led to a rise in far-right violence and attacks on migrant shelters, particularly in eastern Germany.

Schaeuble, a stalwart of Merkel's Christian Democrats (CDU), said: "Without a doubt, the growing number of Muslims in our country today is a challenge for the open-mindedness of mainstream society."

In a guest article for conservative paper Welt am Sonntag, he added: "The origin of the majority of refugees means that we will be increasingly dealing with people from quite different cultural circles than previously."

Schaeuble, 74, is seen as possible CDU candidate for chancellor should Merkel not seek re-election next year.

"We should not, in this more tense situation, allow an atmosphere to emerge in which well-integrated people in Germany feel alien," he said.

Despite the rising number of xenophobic attacks in Germany, Schaeuble said he believed the majority of Germans would say: "Yes, we want you to belong to us."

The migrant crisis and the integration of the large number of refugees have raised question marks over Merkel's re-election prospects.

Her Bavarian allies, the Christian Social Union, have relentlessly blamed her open-door refugee policy for the CDU's poor showing in recent state elections and want to cap the number of migrants coming to Germany at 200,000 a year.

Schaeuble emphasised at an annual conference on Islam last Tuesday that people of all faiths are part of Germany, repeating a view that Merkel voiced in 2015 at the height of the popularity of the anti-Islam PEGIDA grassroots movement.