At the movies, Saudi Arabia and Sudan announced their presence - and North Africa produced the best features 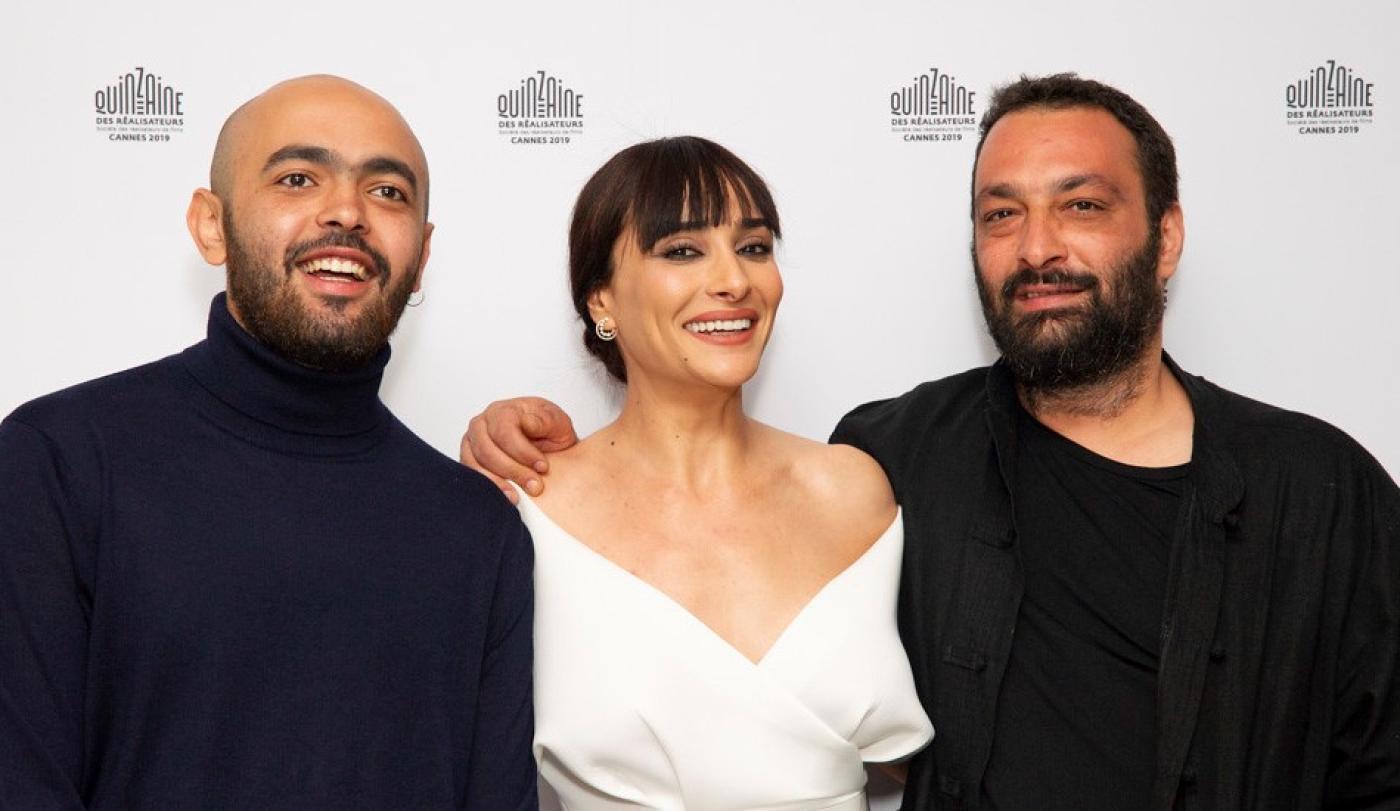 Are we living in a golden age of Middle Eastern cinema? That might be an over-statement, given the erratic output of most MENA cinema, the lack of regional funds and increasing censorship.

But something exciting is happening, as seen in the bold visions, formal innovations, liberal politics and growing popularity of films at international festivals and the box-office.

This was the year when Sudan and Saudi Arabia announced themselves as cinematic forces; Nadine Labaki’s Oscar-nominated Capernaum, first released in 2018, became the highest grossing Arab movie ever, thanks to its $50m tally in China; Palestinian director Elia Sulieman released his first feature in a decade; and MENA genre cinema began to flower.

Most of all, 2019 was when the cinema of the Maghreb – Tunisia, Algeria and Morocco – elevated the regional film scene onto a higher plateau. Thanks to different genres, aesthetics and confrontational politics, North Africa is where the real evolution of Middle Eastern cinema is happening.

Yet the adventurousness of 2019’s best films makes it hard to cast a blind eye to the serious flaws of several of its most popular and championed pictures. Often there was a glaring disjuncture between festival attention and box-office on one hand, and quality cinema on the other (see for example, the success of Papicha, Mounia Meddour's superficial Algerian debut, at the French box-office, where it took an estimated 1.6m euros or $1.8m).

Most of the plaudits directed towards such films concerned their politics. But these readings have proven to be misguided, if not orientalist, too often missing the bigger political picture while overlooking the films’ structural and narrative inadequacies just to promote worthy messages to western audiences.

Most of the plaudits directed towards such films concerned their politics. But these readings have proven to be misguided, if not orientalist, too often missing the bigger political picture while overlooking the films’ structural and narrative inadequacies just to promote worthy messages to western audiences.

Another driver in 2019 was how Middle Eastern cinema fluctuated due to unstable regional politics. Even before mass protests, Lebanon’s crumbling economy hit its otherwise thriving film scene, which has figured prominently on the international festival scene during the past decade. The only two major productions – All This Victory and 1982, director Oualid Mouaness’s Toronto winner – have been years in the making. Slim pickings indeed.

The noticeable absence of Palestinian films, aside from Suleiman, in 2019 was less due to a slump, more the incessant absence of infrastructure that makes it hard for even established directors to realise their work.

Away from screening rooms, the most discussed topic for the MENA film industry was Saudi Arabia’s Red Sea International Film Festival. Scheduled to begin on 12 March, it will offer combined grants of more than $1m. But the festival will be held in the same month as Doha’s Qumra, the region’s biggest and most respected industry platform, potentially starting a cultural war in the Gulf.

The shadow of the Khashoggi murder and other human abuses still loom over Saudi attempts to revitalise its culture. Whether the new rich kid on the cinema block can attract a substantial industry presence or is shunned by film-makers could be the most intriguing industry story next year.  But that is for 2020: here are my dozen best Middle Eastern movies of 2019, as ever in descending order.

In Mansourah, You Separated Us

Dorothee Myriam Kellou, an award-winning French-Algerian journalist-turned-film-maker, investigates the forced displacement of two million Algerians at the hands of the French army during the Algerian war of independence as she escorts her father to visit the childhood home he hasn’t seen in nearly half-a-century.

Handled with great sensitivity, tact and compassion, Kellou’s debut documentary is a perceptive study of trauma, the vagaries of collective memory and the debilitating impact of loss.

A group of Moroccan villagers residing alongside the largest silver mine in Africa sabotage a pipeline after enduring years of water scarcity caused by the plant. This act of rebellion evolves into a grand movement that leads to the formation of a protest camp where the villagers are pitted against the police in Nadir Bouhmouch’s searing, angry documentary.

Combining ethnography, cinema verite and, in a wild stylistic touch, musicals, Bouhmouch’s sophomore feature functions as a sucker punch against the authorities; a disparaging look at the impact of state-backed capitalism on traditional life; and a hymn to collective endurance against a Goliath-like apathetic adversary. Possibly the year’s fiercest political feature.

Waad Al-Kateab and Edward Watts have been universally lauded for For Sama, this year’s runaway Syrian hit, which has raked in awards the world over and figured in many year-end best-of lists. While certainly deserving, it suffers from over-familiarity, presenting an inspiring if tidy narrative whose rightful aim is to remind the world of Bashar al-Assad's ongoing atrocities rather than shed new light on the conflict.

The Cave, Feras Fayyad’s follow-up to his Oscar-nominated Last Men In Aleppo, also does not offer fresh any fresh perspective on the war. But it defiantly dispenses with narrative altogether, creating instead a unremitting viscerality that vividly captures the chaos, hopelessness and senselessness of the combat as seen from an underground hospital in Eastern Ghouta. Both a harrowing physical record and an examination of our conflicted relationship with images of violence, The Cave may be too gruelling and graphic for some, but is certainly not as straightforward as some Arab pundits deemed it to be.

The seeds of the new Saudi Arabian film movement, clandestinely planted a decade ago, were finally reaped in 2019, resulting in three completely dissimilar films. The Perfect Candidate, Haifaa al-Mansour’s fourth feature, is a workplace drama about a young Saudi physician running for office. Meanwhile Scales, Shahad Ameen’s debut, is a feminist mermaid fable centring on a teen girl’s struggle to break an ancient curse and challenge patriarchal traditions.

But Last Visit, Abdulmohsen Aldhabaan’s debut, is an altogether different proposition. A measured domestic drama, its focus is an estranged father and son (played by Osama Alqess and Abdullah Alfahad) who are forced to acknowledge their mutual remoteness and disappointments towards one another when they’re abruptly summoned to tend to a dying grandfather. A two-hander reminiscent of director Ingmar Bergman, Aldhabaan tackles generational disconnection, failure of communication, inherited toxic masculinity and the subtle tyranny of tradition in this remarkably ambitious yet subtle chamber piece.

Through its narrative depicting a nation at a crossroads but not knowing where to head next, Last Visit can lay claim as Saudi Arabia’s first real arthouse feature.

The rise of genre film has been one of the most exciting trends in Middle Eastern cinema in recent years. With A Son (Bik Eneich), Tunisian director Mehdi Barsaoui finds a new urgency and purpose for the North African social thriller.

In one of the very best Arab performances of the year, Sami Bouajila (Days Of Glory, London River) plays an upper middle-class husband and father who must make demanding moral choices after his 10-year-old son is injured during a terrorist ambush in 2011.

What follows is a pressure-cooker drama where nothing is as it seems, as the divulgence of family secrets kickstarts an incisive portrait of class, latent machismo and self-serving confabulation, all set in a land on the brink of seismic shift.

It was not a vintage year for Turkish cinema: A Tale of Three Sisters (Kız Kardesler), Emin Alper’s coldly received Berlinale competition contender, was the most high-profile feature at festivals. But the real Turkish discovery of 2019 was Burak Cevik’s Belonging (Aidiyet), an experimental dramedy that ranks among the most formally inventive Middle Eastern movies of the year.