BEIRUT (Thomson Reuters Foundation) - Since arriving in Lebanon, Sudanese migrant worker Abdallah Afandi has been turned away from beach resorts, mistaken for a cleaner and prevented from renting an apartment - all because of the color of his skin. 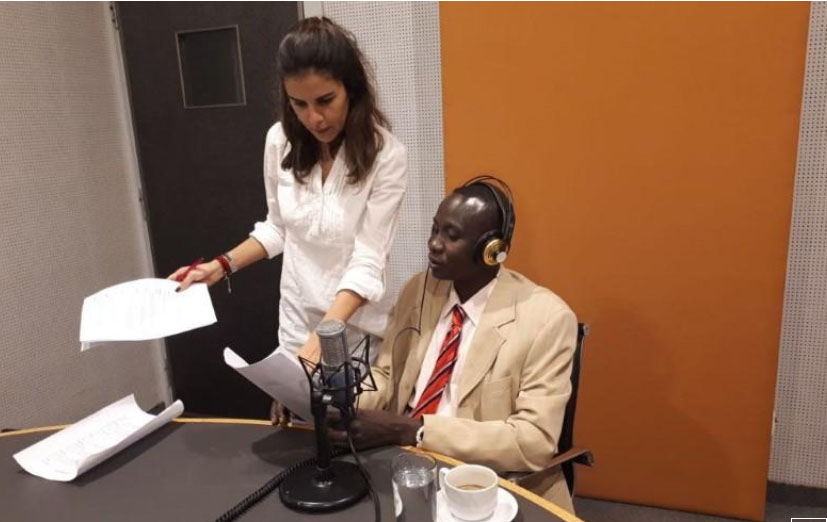 Now he is hoping to challenge the “racism and prejudice” he says he has encountered by taking part in Lebanon’s first radio show to be hosted and produced by migrants from countries such as Sudan, Ethiopia, Somalia and the Philippines.

The aim is to give Lebanese people a greater understanding about where migrants come from to create the tolerance and respect that local migrant rights groups say is lacking.

“Many Lebanese see Sudanese only as cleaners and workers - we want them to see us in a different way,” Afandi told the Thomson Reuters Foundation.

The 27-year-old came to Lebanon seven years ago when he no longer felt safe in his home of Darfur in western Sudan, where conflict had raged since 2003.

He now earns a living preparing food in a restaurant and doing maintenance work in a Beirut residential building.

Afandi’s episode is one of a series airing on Voice of Lebanon, a popular independent radio station, featuring migrants talking about their own food and culture as well as the issues they face in Lebanon.

In it, he and two other Sudanese migrants discuss their country’s pyramids and interview Sudan’s ambassador to Lebanon on migrant rights.

“I want to use my voice so that people in Lebanon understand where I come from, my culture, music, food - so they will look beyond what I do for a living, and the color of my skin,” he said.

Migrant workers in Lebanon and much of the Middle East work under the kafala sponsorship system, which binds them to one employer.

Rights groups have blamed the system for abuse of migrant workers and say it leaves them vulnerable to exploitation by denying them the ability to travel or change jobs.

Race is also a factor - last month two Kenyan women migrant workers suffered an attack that Lebanon’s justice minister condemned as “shocking” and “abhorrently racist” after footage of them being beaten was circulated on social media.

The International Organization for Migration (IOM) said projects like the Lebanese radio program could be used across the region to change attitudes toward migrants.

“This radio show is a brilliant example to be replicated across the region, and to bring attention to stories ‘by migrants’,” said spokeswoman Farah Sater Ferraton.

The show - whose name “Msh gharib” means “not foreign” in Arabic - has been in the works since 2017 and was created by the Anti-Racism Movement, a local non-government organization, with the help of migrants from the community center it runs.

“The title of the show really communicates its purpose - migrants are not ‘the other’. Their voices and stories shouldn’t be ‘foreign’ to Lebanese,” said Laure Makarem, spokeswoman for the center.

“Migrant domestic workers can be treated like they are invisible, and this radio show can change the way they are perceived by illustrating and highlighting the multi-faceted dimensions of their identities and lives.”

The 15 episodes will air in the next few months and are mainly in Arabic, with small sections in the hosts’ native language - particularly when talking about their rights in Lebanon.