Rida Khan is a Sufi Muslim and a bisexual — and she wants to shatter some misconceptions. "It's assumed that a lot of same-sex, bisexual or other gender-diverse Muslims are having sex and that's actually a myth," says the 24-year-old aged-care nurse. "It's like saying that all Muslim youth that is straight are engaging in heterosexual sex — and that's just far out, like, come on. "Most of us are scared of having an aunty identify us with a guy or a girl."

Rida realised she was bisexual as a 17-year-old, but she waited a few years before announcing this to her Pakistani friends and family. She and her family are Sufis — followers of the mystical branch of Islam.

"My experience of coming out was in fact quite positive, quite different from the stories we hear in other gender-diverse communities," she says. "But I think it does have a lot to do with the fact that my parents have lived in Turkey, we have lived in Japan, we've lived in Australia. "When I came out it was like, 'meh, okay, you're still the same to me'."

'Not right' for the community

Not everyone supports Rida's openness about her sexual orientation. 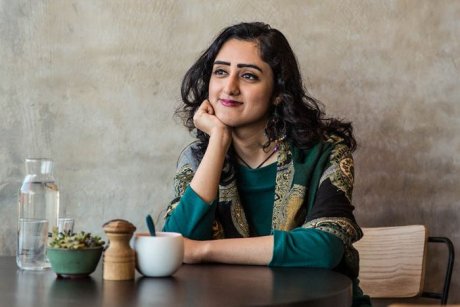 'If you're bisexual, prove yourself'

But the pendulum swings both ways. Rida says she's received just as much discrimination from Australia's LGBTQI community — because of her faith. "It's like they constantly ridicule your religion," she says. "They don't understand that religion can actually act as a tool for empowering you."

Faith isn't the only friction point. Rida says she's felt an expectation to fit in with Western expressions of queer sexuality. "Not all people of colour from gender-diverse backgrounds actually relate to the mainstream sexuality, particularly along the lines of hypersexuality and self-objectification," she says. "And we do get put down for it, like, 'if you're bisexual then prove yourself'."

Sometimes, prejudice can feel like it's coming from all sides. "First, you're not accepted by the Muslim community because you're bisexual, then you're not accepted by the gender-diverse community in Australia for being Muslim," Rida says. "Then you also identify as a woman of colour — so when discrimination and bullying happens, you don't know which of the three they are discriminating against you [for]."

Sexuality or faith: Being forced to choose

Siobhan Irving is an anthropologist, PhD candidate and a board member for Sydney Queer Muslims. She converted to Islam as a 19-year-old and has spent the past five years collecting stories from gay and lesbian Muslims in Sydney and Singapore. Ms Irving says Rida's story isn't unique. "In the queer community — and just in general, really — many people do not understand why a same-sex attracted Muslim would still embrace their faith ... would still be proud of their religious community," she says.

"It's difficult for them to express both their identities as Muslims and as same-sex attracted people — they often feel that they must choose." Ms Irving says last year's national plebiscite on same-sex marriage brought Islamophobic attitudes to the fore. "People in the queer community — and elsewhere — presumed that this just meant Muslims voted against it, because the Western suburbs are known as being very much populated by Muslim communities," she points out.

In the aftermath, Ms Irving spoke to many LGBTQI Muslims who felt pressured to defend their faith in queer circles and spaces, if they disclosed it at all.

Sufism or Tasawwuf, as it is known in Arabic, is not a sect of Islam, like Sunni or Shia, but rather a spiritual practice, and theory, that can be found in all branches of the faith. Rida's parents, for instance, practise Sufism within the Sunni Hanafi tradition.

Meanwhile, Rida describes her faith as "Aboriginal-Sufi-centric Islam"; a practice influenced by Indigenous Dreamtime stories and her 'Baloch' bedouin ancestry.

Introspection, meditation and dhikr (devotional chanting) are core elements of Sufism. Rida says these practises give her an inner strength to combat the external conflicts that come from being a bisexual Muslim. "The modern Sufi community here in Melbourne looks something like a mix of hipsters [who] have a very deep intimate relationship with God," she says. "[It's about] sitting together, discussing life issues, reading Rumi's poetry, and overall just really trying to do the best we can in a world which is largely right-wing or left-wing — we really fall somewhere in the middle."